My Mum Lost Her Savings in a Ponzi Scheme: Here's Her Story

My Mum Lost Her Savings in a Ponzi Scheme: Here's Her Story

“If something sounds too good to be true, it probably is.”

We’re fortunate to be living in a digital age where we could gain financial knowledge at the tip of our fingers.

However, this increased accessibility to information also meant more opportunities for financial scams.

We’ve heard many stories of such scams and how it is still prevalent today.

As such, we hope to raise awareness on such issues to prevent our readers from falling for such schemes.

Through this, we also hope that readers could also keep a lookout for their loved ones, especially those senior relatives who might be more susceptible to these situations.

Note: This is a true account from one of our Seedly members. All information is from the point of view of the member.

As my mum is heading towards retirement age, she was thinking of deploying her retirement funds to different areas to earn additional interest.

She was then approached by a relative to invest in a company named Dolphin Trust.

They positioned themselves as a company that purchased old buildings, restored them, and turned them into luxury apartments.

The proceeds from the sale of these apartments would then go back to investors.

Investors were promised double-digit returns along with the original capital if they lent their money to the firm for up to five years.

My mum was told of successful cases where relatives who joined the initial investments earned more than 20% in just two years.

Thinking that it might be a viable investment plan, she headed to a 5-star hotel to listen to one of its seminars.

As you would’ve imagined, the seminar was a recruitment drive that had all the glitz and glamour, and came with a complimentary buffet dinner. 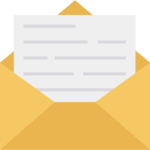 In 2018, my mum started receiving letters stating the delay in the payment of capital and interest.

In 2019, there was some renewed hope when the company started sending letters promising payments via a restructured payment plan.

Of course, nothing was received.

The repeated delays caused many sleepless nights, as she grappled with the uncertainty of the fate of her retirement money.

As time went on, the confidence in getting back money (in fact, any sum at all) plummeted.

In July 2020, a quick Google showed that this company has filed for insolvency, with debts estimated between €1.2 billion to €1.5 billion.

In 2021, news started breaking out that approximately $1 billion worth of investor money has been wiped out.

Dolphin Trust was said to target customers in the U.K., Ireland, and several Asian countries including Singapore.

Just in Singapore and Malaysia alone, it was estimated that approximately S$60 million has been defrauded from thousands of investors.

In Singapore, most retail investors invested in this scheme via Singapore-based Shenton Wealth Holdings, which has also been on the list since 2015.

In April 2021, Bloomberg visited some sites identified from the marketing brochures shared with Asian investors, in a few locations including Salzgitter.

As expected, many of these sites that have been identified were drastically different from what was advertised.

A lot of them were run-down, never developed, and were situated in poor, remote areas with no market for luxury flats.

Needless to say, this meant bidding goodbye to hard-earned money, and in my mum’s case, her retirement savings.

What Is a Ponzi Scheme?

So… what is a Ponzi scheme?

A Ponzi scheme is an investment fraud that promises high rates of return with little risk.

Founders typically recruit new members and secretly use their fees to pay existing members who think the payments come from a legitimate investment.

As there are no legitimate investments and therefore earnings, Ponzi schemes need to recruit new members to ensure a sustained flow of money, in order to generate returns for earlier investors using the money from the new joiners.

When it gets difficult recruiting, or when a large number of existing investors cash out, the Ponzi scheme collapses.

Is It the Same as a Pyramid Scheme?

A Ponzi scheme is not the same as a pyramid scheme.

A pyramid scheme is another common type of fraud.

In this case, members make money by recruiting new members to buy in.

Usually, the founder solicits an initial group of people to buy in and promote the scheme.

These top-level members will be encouraged to recruit others and will be promised a part of the money those people invest.

This will repeat for each group of new joiners, with the sums of new money being funneled to those who recruited them, and those above as well.

Thus… forming a shape of a pyramid.

Both Ponzi schemes and pyramid schemes would collapse once there are not enough new investors, and therefore not enough money to go around.

It can also be difficult to differentiate between MLM and a pyramid scheme.

However, in practice, most MLM companies don’t usually profit just via sales, and pyramid schemes tend to disguise themselves as MLM businesses, hiding their pay-and-recruit structure via products or services.

They exist in various forms which make them hard to detect.

In Singapore, MLM companies and pyramid selling are NOT legal under the Multi-Level Marketing and Pyramid Selling (Prohibition) Act.

However, there are three types of companies that are exempted from the Act are:

How to Spot These Scams Despite an increase in awareness, these scams are still sneaking around us.

These stories are typically not shared in the open as well, as scam victims would usually not talk about it due to embarrassment.

Here are some common telltale signs to watch out for:

Since the incident, my mum made sure to run any financial decisions through me before deciding on anything.

This painful and expensive lesson has taught her to be a lot more vigilant with her money and to always do her due diligence.

Let’s always aim to protect ourselves from these scams!

The last thing we’d want is for our hard-earned money to be gone due to blind faith or short-term greed.