Last weekend, I paid a visit to the charming Vintage Camera Museum…

I had a great time there checking out the interesting range of vintage cameras on display and the stories that the guide was telling us about the cameras.

During the tour, the guide asked us who made the first camera phone, and I’m ashamed to say I got the answer completely wrong.

Turns out that Samsung Electronics Co. (KRX: 005930) were one of the first companies to build a camera phone. releasing the Samsung SCH-V200 back in the year 2000. But the point is that the company is dominating in the smartphone space, as they have held the top spot for global smartphone shipments for since 2011, edging out their closest competitors Apple Inc’s (NASDAQ: AAPL) and Huawei regularly.

However, according to Counterpoint Research, Huawei managed to take the top spot for global smartphone shipments in Q2 2020.

But, is the company still worth investing in?

Are its business fundamentals strong and its future prospects bright?

Samsung Electronics Co. (SEC) is a multinational South Korean company that was founded on 13 January 1969 by Lee Byung-chul.

The company is one of the biggest large-cap tech companies in the world with a market capitalisation of 408.1 trillion South Korean Won (KRW) (US356.64 billion). It is part of the Samsung Group chaebol and accounts for a majority of the chaebol’s revenue.

Here is some key information you need to know about the company and its stock.

For the uninitiated, Ordinary (also known as common) stocks, as the term suggests, are more prevalent and are what most of us buy and sell on the stock market. Ordinary shares allow owners to vote at annual general meetings and receive dividends, although not at a fixed rate.

On the other hand, preferred shares usually do not come with voting rights, but they give out a fixed dividend to owners.

Throughout its history, the company has only split its stock once. This happened back in May 2018, where the company performed a 50 to 1 stock split to make its stock more accessible to the public

In terms of size, the company is one of the biggest large-cap technology companies in the world.

Its business is split into four main segments:

The company generates about 46.6% of its total revenue from its IT & Mobile Communications (IM) segment.

Breaking it down further, the company’s Galaxy line of smartphones and its associated products accounts for 17.5% of revenue.

The next biggest segment is its Device Solutions segment which accounted for 41.5% of its total revenue.

This segment consists of its semiconductor and display panel business.

The company’s semiconductor business accounts for 28.2% of its total revenue and consists of products like DRAM, NAND flash, and mobile APs.

Interestingly enough, the company stands to benefit when iPhone sales go up. According to AppleInsider, Samsung is allegedly supplying flexible OLED panel for three of the four models of Apple’s iPhone 12 range.

Do note that the composition of its total revenue is more than 100% due to inter-company eliminations.

How Has Samsung Electronics Performed Financially?

Here are four key indicators that I am evaluating to get a handle on Samsung’s financial health over the past five years. 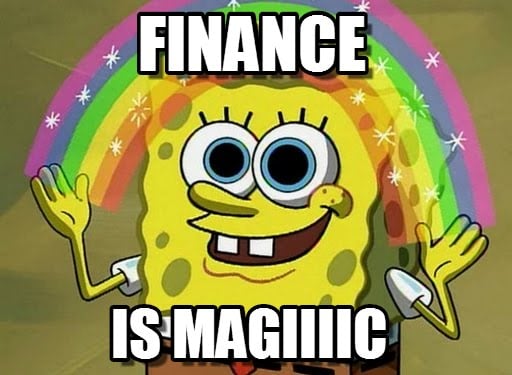 Over the past five years, Samsung’s revenue and net income growth have been a bit rocky.

The continued fall in memory chip prices and weakness in display panels were the main causes of the 5.48% drop in revenue and the big 51% drop in net profits from FY2018 to FY2019.

Samsung’s diluted earnings per share have also dropped by 51% in the same time period.

However, the company has still a healthy 20.2 trillion KRW (US$17.7 billion) in free cash flow; which can be used to reinvest into its own business, acquire other businesses, pay dividends to its shareholders, buy back its own shares, or pay off its borrowings.

At the end of June 2020, Samsung has a net debt of 14 trillion KRW, having reduced its net debt by 1 trillion KRW since last year.

But, the company has a rock-solid balance sheet as it has 13 trillion KRW in cash to offset its debt.

These numbers look good and all, but as always I’ll have to add this disclaimer: the past performance of investment products is not necessarily a guide to future performance.

Although its financials have not looked that good in recent years, the company is a strong position to seize any opportunities in 2020.

Samsung seems to be benefitting from Huawei’s troubles.

Its biggest competitor Huawei has been negatively affected by the growing anti-China sentiment in Europe, Latin America and India which seems to be benefitting Samsung.

Huawei is also facing sanctions from the U.S. which has resulted in Huwaei being unable to install a full-featured version of Google’s Android OS on its phones.

Although Huawei managed to ship the most phones globally in the second quarter of 2020, overtaking Samsung for the first time; this growth was fuelled by smartphone shipments in mainland China with is its business in international markets suffering.

This bodes well for the sale of its Galaxy smartphones.

Even though Samsung is a minor player in the mobile networking equipment industry compared to giants like Huawei, Ericsson and Nokia’ it has benefited from Huawei’s woes.

The U.S., Australia, U.K. and Sweeden have all banned Huawei from building their next-generation 5G mobile networks.

This was part of the reason why Samsung managed to secure a massive US$6.64 billion contract with Verizon to provide wireless communication solutions.

In addition, the company is expected to see strong earnings growth boosted by sustained growth in the memory chip sector for its memory chips buisness.

As the world’s leading memory chip manufacturer with a 44% market share of the DRAM market and a 33% share of the NAND market in 2019, Samsung is set to benefit from increased memory chip demand.

Based on the above estimates, Samsung’s stock looks much cheaper compared to its earnings growth.

The company is also well-diversified as it is a manufacturer of smartphones, televisions and home appliances and as a parts supplier to the world’s largest electronics firms.

The company is also one of the worlds biggest chip foundries. In other words, the company makes semiconductor for other companies. Heard about Nvidia’s popular GeForce RTX 30 Series of graphics cards?

The company chose Samsung Electonic to manufacture them.

Gartner has estimated that global smartphone sales fell 20% in the second quarter of 2020 which weakened the company’s performance.

Also, analysts from Strategy Analytics have estimated that Samsung’s phone shipments dropped by more than 18% during this period.

Another important thing to note is that Huawei’s woes are a double-edged sword for Samsung.

According to the company’s annual report, Huawei was revealed to be one of Samsung’s biggest five customers who contribute about 13% to Samsung’s total revenue.

This will have an impact on Samsung’s revenues in the near term.

Compared to its closest smartphone making competitors Apple and Xiaomi with a P/E ratio of 35.72 and 40.60; Samsung is looking inexpensive.

“The EMA is a technical chart indicator that tracks the price of an investment (like a stock or commodity) over time. The EMA is a type of weighted moving average (WMA) that gives more weighting or importance to recent price data.”

The EMA is useful to spot trends and shows that Samsung’s stock is on a strong and sustained uptrend which bodes well for investors.

And, I am also using this 200-day metric as the longer timeframe is more stable and smooths out the noise.

However, do note that this EMA uses only historical data and that the past performance of investment products is not necessarily a guide to future performance.

Overall, the signs are looking good for Samsung. The company’s stock is relatively inexpensive compared to its closest competitors.

The company has also some catching up to do with the wider technology sector and is set to benefit from some short-term boosts.

Samsung is also expected to benefit from Huawei’s troubles and its memory chip business is set to be boosted by the expected growth in the memory chip sector.

Also, its balance sheet is rock solid as well which in my opinion is worth a second look.

How to Invest in Samsung Electronics?

If you are a retail investor based in Singapore, you can invest in Samsung Electronics common (KRX: 005930) and preferred (KRX: 005935) stock on the KRX via a stock brokerage like PhillipCapital (POEMS).’

Check out our real user reviews of this brokerage to find out more.

Do note that the GDR is denominated in USD, and each GDR share represents 25 shares of Samsung Electronic’s Korea listing.

For the initiated, you can buy stocks on the LSE via brokerages like:

Check out our real user reviews of these brokerages to find out more.

But at the moment we are unaware of any brokerages in Singapore that support the Luxembourg Stock Exchange.

Alternatively, there are ETFs where Samsung Electronics makes up more than 10% of the ETF for you to consider.

But as always. do remember to do your due diligence on the ETF!

What Are Your Thoughts on Samsung Electronics?

Why not check out the SeedlyCommunity and participate in the lively discussion surrounding Samsung Electronics and more!