Can We Talk About Saving The Local Arts Scene Already? 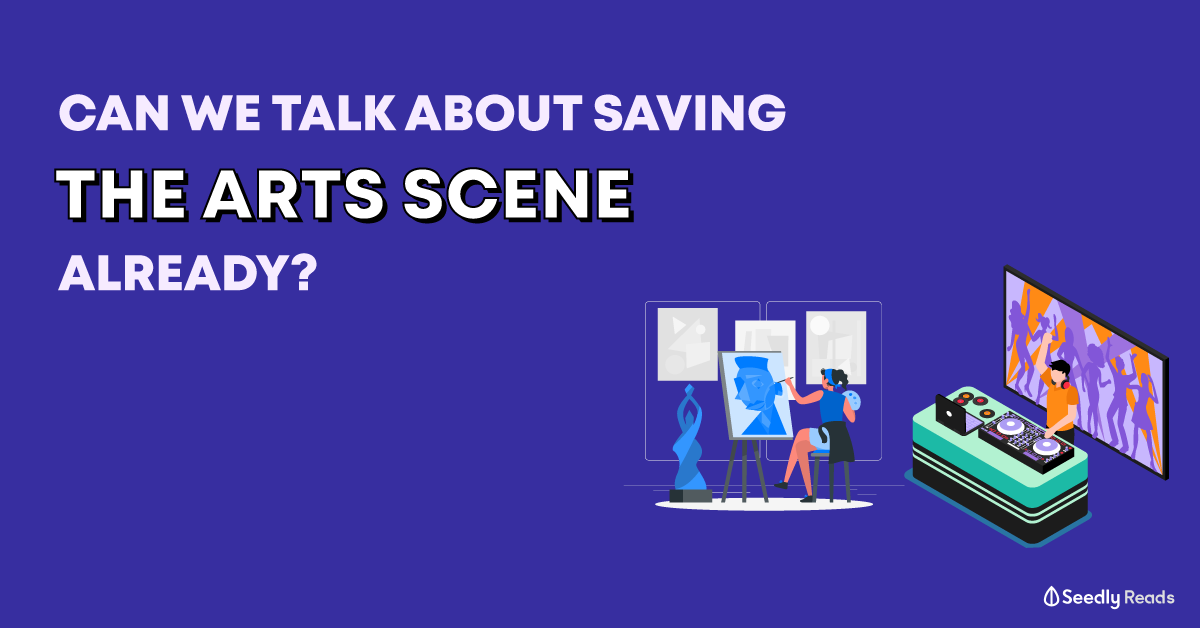 Can We Talk About Saving The Local Arts Scene Already?

Not too long ago, the results of a certain survey took the nation by storm.

A sizeable group of Singapore’s population woke up that morning, only to realise that their jobs are “non-essential”.

If I were stranded on a deserted island and can only choose one person to be there with me.

It’s a no-brainer that I would choose a medical professional over anyone else (even my long-time eye candy).

But really… do we need such a survey to be conducted in the midst of this COVID-19 pandemic?

I mean, it’s not great for morale.

And seriously, what’s the point?

Disclaimer: This views and opinions expressed in this article are those of the author and do not necessarily reflect the official position of Seedly.

Why Are We Trying To Save the Aviation, Hospitality, and Travel Industries Instead of the Arts?

While talking to a couple of DJs one night, the conversation eventually led to an interesting debate about how the COVID-19 situation has affected Singapore’s nightlife scene.

This was after DPM Heng Swee Keat threw a spanner at the nightlife industry.

When he said that for those businesses that would not be allowed to open soon.

The Government will help them to transition to other activities or to ease their exit.

My peers heard their rice bowls shatter when that announcement was made.

And we were reminded of it as we sat gazing at the once-glamourous CDJ media player.

Which is now, arguably, the most expensive paperweight in the room.

One of my friends broke the silence, “Too early to retire from the nightlife, don’t you think?”

As I thought to myself, “Why are we trying to save the aviation, hospitality, and travel industries instead of the arts?”

And by arts, I’m referring to the Arts industry which consists of sector such as:

I mean, when it comes to travel, our ability to do so depends on how well we handle the pandemic situation in Singapore — somewhat easy to manage.

And how well the rest of the world “play ball” — completely out of our control.

On the other hand, with the necessary safety measures in place, the Arts industry can very quickly pick itself up in order to encourage spending and growth.

All of which can happen independent of the world outside of ours.

Wear a hazmat suit in order to catch my favourite local DJ?

Sure! Why not? It’s only a couple of hours for a few sets…

Allow me to give a more macro-view of the economy before deep-diving into the COVID-19-affected sectors.

In a 2003 paper published in the Ministry of Trade and Industry (MTI) Singapore’s Economic Survey of Singapore.

The team which put the paper together, referenced, Harry Hilman Chartrand’s, the former Research Director of the Canada Council of the Arts, framework with regard to how the creative cluster contributes to the economy directly and indirectly.

He suggested that the economic contribution of the fine arts is evident at four levels:

The Primary Economic Impact of Creative Industries in Singapore

Let’s look at the direct and quantifiable impact of the creative industries in Singapore.

In 2000, about 1.9 per cent of our GDP comes from the creative industries.

That is a total direct value-add of S$2.98 billion to Singapore’s economy.

On top of that, distribution industries associated with these creative industries added a further S$2.02 billion.

And an additional 32,000 persons employed in distribution industries.

I know that these numbers are 10 years old.

But over the years, it’s undeniable that the focus on creative industries has been considerably lacklustre as compared to something big and shiny like aviation and travel.

We’ve even got plans to be the aviation hub of the Asian region.

However, with travel being made unavailable to everyone, and the aviation industry has pretty much grounded to a halt.

Maybe it’s time to look inwards at industries — like the creative industries — to find our next push towards economic growth and prosperity.

The Secondary Economic Impact of Creative Industries in Singapore

In economics, a multiplier indicates the amplification of outcome in terms of GDP, for every dollar we put in.

Here are the multipliers of the creative industries:

Simply put, for every S$1 we put into the Media and Performing Arts industry.

It will generate S$1.68 worth of production output and S$0.62 value-add to the entire economy.

In comparison, international tourism has a direct contribution of S$17.7 billion (as of 2017) to Singapore’s GDP.

Tourism also has a high employment multiplier of 25. This means that every additional S$1 million spent by tourist creates 25 jobs. In the year 2019, tourism employed 4.7% of the total employment in Singapore.

The multiplier is also higher with every dollar generating S$1.97 of output and S$1.05 value-add to the economy.

Whether it is the direct or indirect economic contribution of tourism, the Arts pale in comparison indeed.

We get that tourism contributes way more in terms of the measurables. When comparing the direct primary and secondary economic contribution to tourism, the Arts pale in comparison. Neither does the Arts create as many jobs economically.

But the COVID-19 pandemic is a different situation. With the industry facing a gloomy and uncertain economic future, a cap for internal tourism (pegged to the spending power of Singaporeans), we wonder if we can shift our focus to cultivating a stronger scene internally.

The difference between both is that one we can have slightly more control over the other.

Plus, there is no better time to foster the #supportlocal culture than when the country is in a travel lockdown.

Due to Safe Management Measures and the need to prioritise public health first, I understand that it’s going to take a while before we can fully revitalise the Arts industry.

The thing is, a lot of these artists are self-employed or freelancers whose livelihoods have been deeply affected by the pandemic.

Besides not being to practise their craft, live bands, DJs, and performers have had to find alternative ways to survive.

And with the extension of government aid like the Self-employed Person Income Relief Scheme (SIRS) still undecided.

It’s hard to say how many of these artists will still be around when all of this is over.

I appreciate the fact that the government has set aside S$1.2 billion to help the self-employed.

And most of my peers are probably in a better position as compared to overseas counterparts.

But if you take a look at the entire budget that’s put aside to fight COVID-19, only a fraction will go towards helping these artists stay afloat.

Even then, some of them might fail to meet the criteria set out to be eligible for any kind of aid.

Without drawing a comparison to the assistance other sectors and organisations have received.

I feel that the least we could do is to at least think about or explore more solutions for the Arts industry.

Instead of helping those in the nightlife industry to “ease their exit”.

The local nightlife scene and the greater Arts scene deserves and can do so much more.

It’s The Arts That Keeps Us Sane

When Circuit Breaker confined Singaporeans to their homes, Singapore’s Arts scene stepped up to provide various forms of escape for everyone.

I can’t speak for the other sectors in the Arts industry.

But at least from the nightlife industry, which I am more familiar with, DJs went online to provide entertainment which nourished our mental well-being.

Here’s CÉ LA VI’s resident DJ, Deepak, pointing his speakers out of his flat to drop tunes for the residents of Hougang during Circuit Breaker.

Zouk Singapore has gone online to provide weekly entertainment ever since the start of the Circuit Breaker. 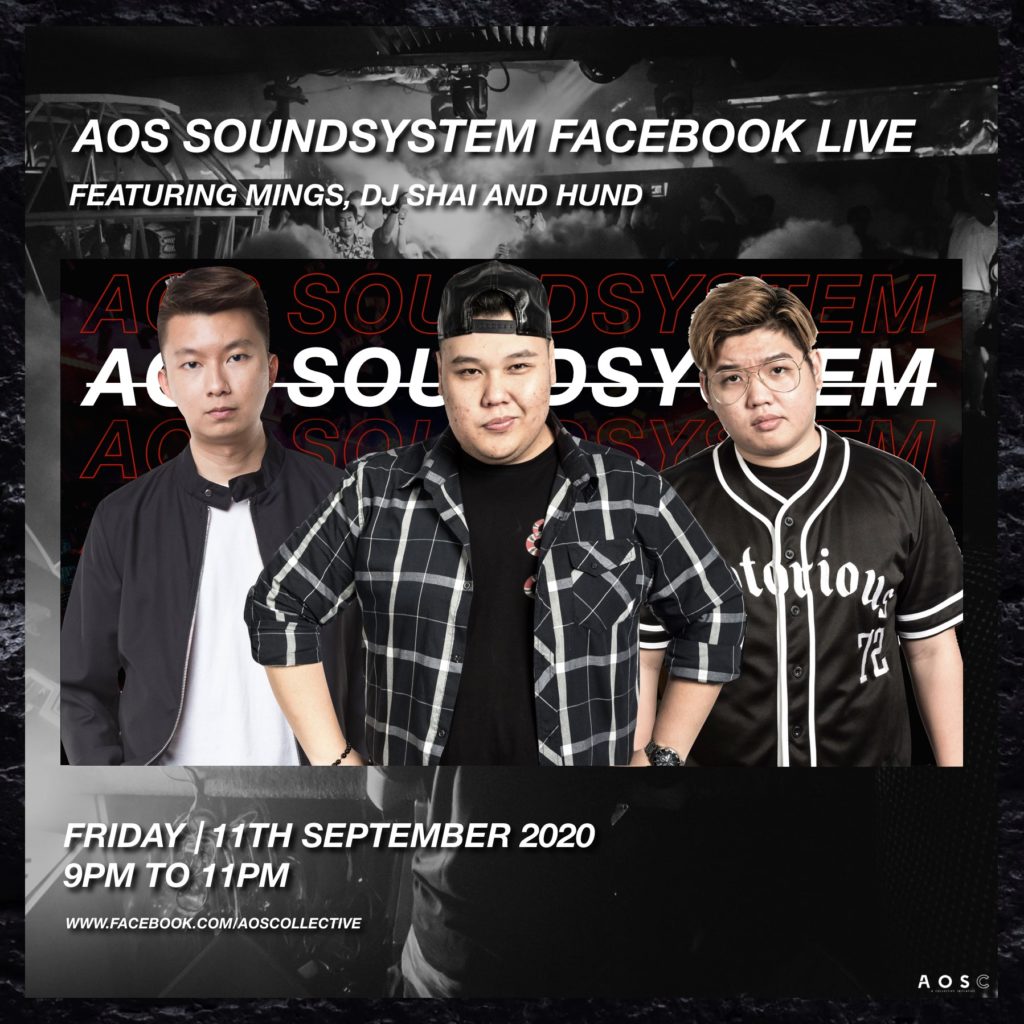 Basically, for an industry that hasn’t been at the top of the mind of most Singaporeans.

It’s been giving back during these tough times.

“We don’t need the Arts to survive, but the Arts give us a reason to.”

This quote is from a video which talks about the Arts scene in Australia, and I thought that it makes a lot of sense.

We should, by all means, save the aviation, hospitality, and travel industries.

Keep it afloat because we’ll need it when the world recovers from this pandemic.

But maybe… it’s about time to start looking inwards to take care of the hearts and minds of Singaporeans.

And it’s not a bad idea to start by saving the Arts scene.