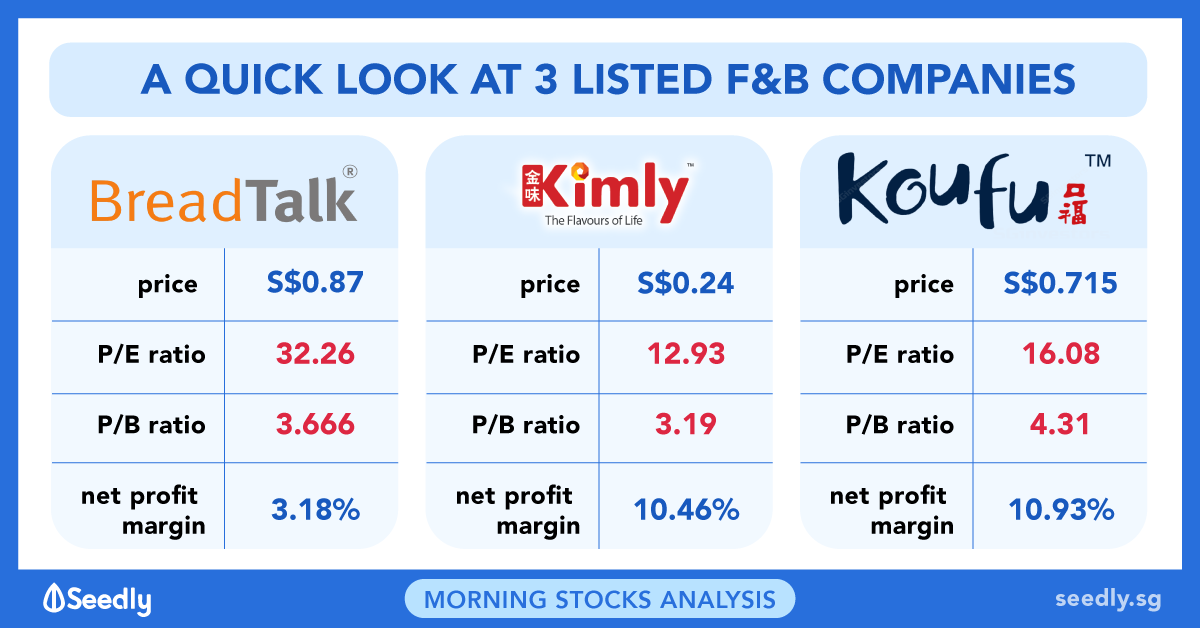 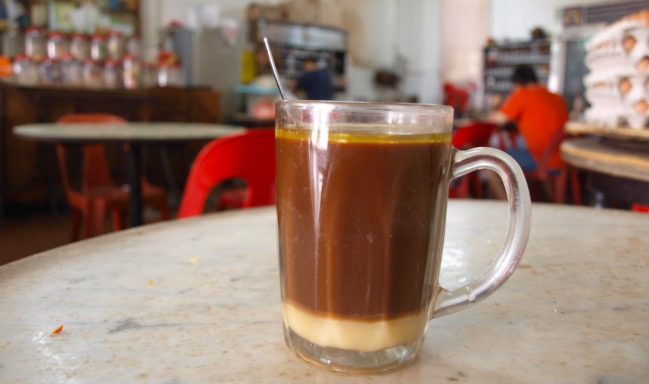 I am a big fan of Singapore local kopi (coffee) and will never give up one in exchange for any imported coffee. You will always find good locally made coffee in these three listed F&B companies discussed below.

As Peter Lynch has famously once said:

“Getting the story on a company is a lot easier if you understand the basic business. That’s why I’d rather invest in pantry hose than in communications satellites, or in motel chains than in fibre optics.”

The local F&B retail space is currently facing headwinds from increasing human labour costs and rental. Yet in bad times or economic downturn, it arguably still provides a good defensive investment as consumers still have to eat regardless of good or bad times.

Here are three F&B companies which play a major role in almost every Singaporeans’ everyday lives – we’ll be showcasing the company profiles and dive deeper into their numbers.

Most people, especially the Singaporean locals, will know about BreakTalk. A bakery which is especially well known for its pork floss buns.

It operates 3 main business segments – bakery, food court and the restaurant. Their brand portfolio consists of BreadTalk for Bakery, the Food Republic for food court and includes famous franchise rights for the following restaurants:

The company derives most of its revenue from Singapore but also from China, Hong Kong, and the rest of the world.

Kimly manages a network of coffee shops, food courts, and food stalls all over Singapore.

As of today, the company manages 55 coffee shops and 3 industrial canteens all over Singapore which comprises a total of over 400 stalls.  The company will lease the coffee shops from HDB or owners and will, in turn, subletting to other tenants i.e. the stall owners.

Important note: The company recently got into trouble as two of its board members, the Executive Chairman and Executive Director, were arrested by CAD (Commercial Affairs Department) over the Kimly’s recent acquisition of Asian Story Corporation (ASC). Both members are currently released on bail.

Koufu Group Ltd is one of the most established and largest operators and managers of food courts and coffee shops in Singapore. With diversified revenue streams from outlet and mall management and F&B retail business segments.

Among the three companies, Kimly Ltd has the smallest market capitalisation with the cheapest valuation.

BreadTalk, on the other hand, has the highest P/E multiples at 32.26. This is a strong indication that the market has high expectations for its overseas expansion plan.

Kimly Ltd has the strongest balance sheet among the three companies and close to zero debt. On the other end of the scale, we have BreadTalk with 143% Total Debt To Equity and a current ratio of less than 1.

That said, we don’t foresee any significant risks to the company’s day to day operations due to its high operating cash flow. It is also worth noting that the debt they have taken up is to fuel their overseas growth plans.

With regard to profitability, Koufu Group Ltd has the highest Net Profit Margin at 10.93%. It may be slightly higher than Kimly Ltd, but it is definitely much higher than that of BreadTalk’s.

Notably, BreadTalk has a razor-thin profit margin of only 3%, which could be attributed to the low-profit margins for its bakery segment.

To sum up, if I will pick one out of the three companies, it will be Koufu Group Ltd.

However, investors should be aware of the strong headwinds F&B companies are facing moving forward.

In this Bloomberg article, it was reported that labour-intensive service industries (e.g. food and beverage) has the most to lose out since simple government policy changes like the reduction in foreign workers’ quota will translate to higher costs for the companies.