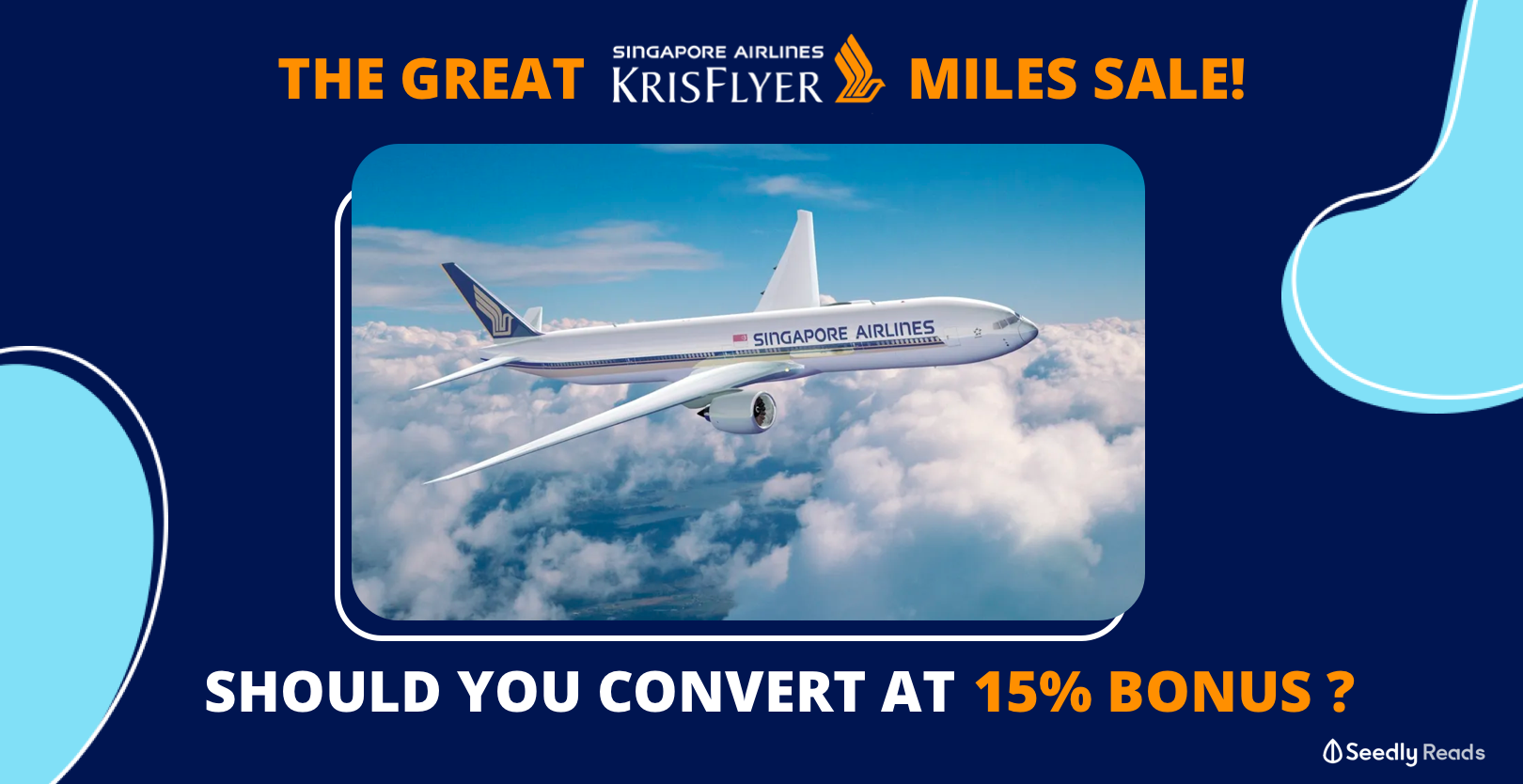 Do you feel that Wanderlust feeling again as we approach the end of year season?

If you are like me and have been collecting miles via various Miles cards for the last few years, you might want to sit up and take notice!

Just yesterday, Singapore Airlines launched a promotion that will last till 27 December 2020, Sunday, which will allow users to convert their bank points to miles at a 15% bonus. Which is actually a sizeable amount and never seen before for a SQ KrisFlyer conversion as far as I’ve been collecting miles.

This could be due to a few reasons, probably due to the start of a few travel bubbles which is signalling some excitement in the air travel space again.

In this piece, I will share my own experience on whether I would want to convert and some considerations you should be aware of.

TL;DR: I Will Convert What I Plan To Use In The Next 3 Years

How Long Will International Travel Take To Recover?

What Are Bank Points?

You’d probably have been either spending on your cards such as the AMEX KrisFlyer or UOB KrisFlyer cards which automatically accumulates miles from your spending, or the other way which would be to collect bank points to exchange them for miles at a later date.

These bank points are the reward schemes which the banks offer to customers when they spend on their cards, they own the points and allow for conversion to other things like cash back or miles.

In the case of Singapore based cards, here are some of the points schemes available:

I won’t go into the specifics as there are pros and cons to the various schemes. You can read more about these from a Miles expert – The MileLion here.

My Own Experience With DBS Points

I have been collecting a ton of points via various bank cards, one of which is via the DBS Altitude cards which have been earning me between 1.2mpd and up to 3 mpd (miles per dollar) depending on the spend category and occasional promotions.

DBS Points actually never expire, so it is something to consider as well.

There are also various ways to convert your miles to other things as well, for example use it to offset purchases or buy movie tickets, but I will never do that.

The current conversion rate is at 5,000 DBS points for 10,000 KrisFlyer Miles

As you can see from the above, you actually get a total of 10,500 miles extra which is not a small sum if you are converting that value of miles as well.

How To Convert Bank Points Using This Promotion?