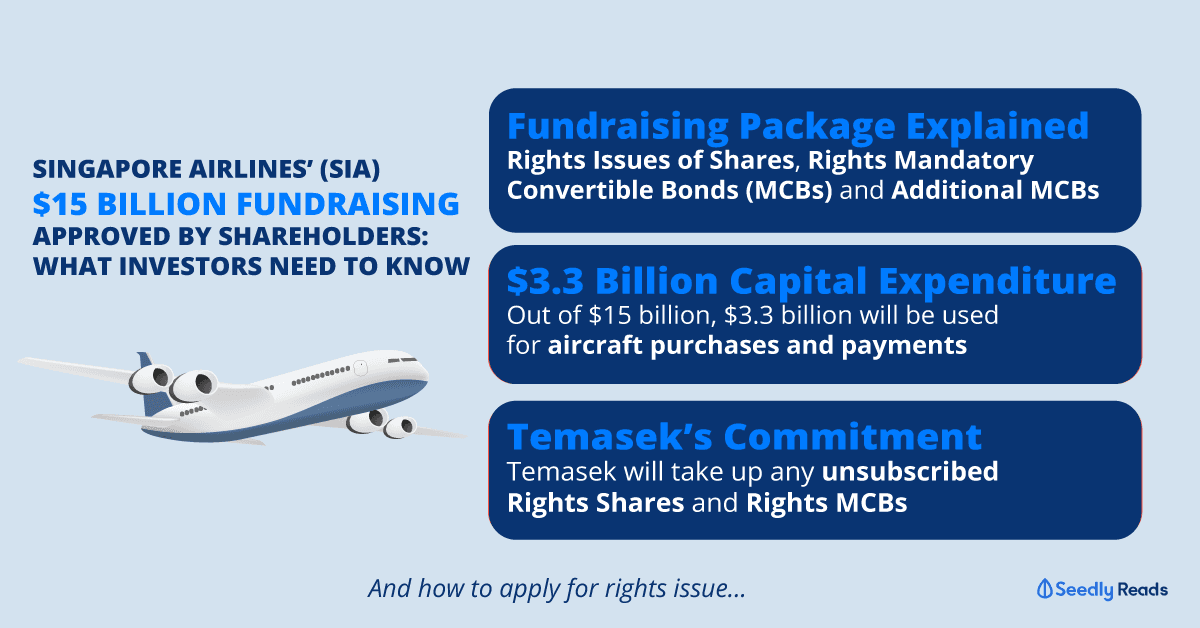 On 30 April 2020, Singapore Airlines (SIA) shareholders gathered at the SIA virtual Extraordinary General Meeting (EGM) to vote in favour of the $15 billion fundraising package proposed by the airline.

This momentous event was called as the COVID-19 pandemic has brought the global airline industry to its knees.

To get a good grasp on what is happening, you might want to look at why my colleague Sudhan will not be buying SIA shares despite the Singapore Airlines share price being cheap.

But first, here is what you need to know about this package and the EGM.

Don’t have time to comb through all the information from the SIA EGM? We got you!

Here are the key takeaways from the April 2020 Singapore Airlines (SGX: C6L) EGM.

I will be covering:

At the virtual EGM, shareholders voted on two resolutions.

99.79% of voters voted in favour of this first resolution.

This will see SIA raising $8.8 billion initially through a 3-for-2 Rights Issue of shares and a Rights MCB issue.

FYI: A mandatory convertible is a bond issued by a company which must be converted into shares or common stock on or before a specific date.

3-for-2 Rights Issue of Shares

SIA will proceed with a renounceable Rights Issue of up to 1.77 billion new shares at $3 per share to raise $5.3 billion

Additionally, the company will raise another $3.5 billion by issuing 10-year Rights MCBs which are of the zero-coupon bond variety.

FYI: A zero-coupon bond is a debt security that does not pay interest but instead trades at a deep discount. Profit is earned when the bond is redeemed.

If you do not redeem the MCB before the maturity date, the MCB will be converted to new shares priced at $4.84, which is 10% higher than the TERP.

(1) Calculated based on a 6% annual yield to conversion, compounded on a semi-annual basis

(2) Subject to adjustments, representing a 10% premium to TERP. Includes consolidation or subdivision of Shares, capitalisation of profits or reserves, capital distributions, dividends, share repurchases and others.

99.66% of shareholders voted in favour of this resolution

This will allow SIA to issue up to $6.2 billion of Additional MCBs with nearly identical terms to shareholders within 15 months after the 30 Apr 2020 EGM.

2) What Is The Difference Between Rights MCBs and Additional MCBs?

Additional MCBs will be offered to Shareholders on a pro-rata basis if the airline chooses to carry out more rights issues.

3) Why is Singapore Airlines Raising Such a Large Amount?

A shareholder asked why there was a need to raise such a large amount so quickly and what the funds will be used for.

Singapore Airlines responded by saying that the initial amount of $8.8 billion that is to be raised in the Rights Issue will provide their business with liquidity.

The funds will be used to meet pressing operating cash flow needs, capital expenditure and fixed obligations for most of Fiscal Year (FY) 2020/2021.

They intend to utilise the net proceeds from the S$8.8 billion Rights Issue for the following:

If the COVID-19 pandemic does not clear up by the end of 2020, the airline will possibly issue the Additional MCBs.

4) Why Will a Significant Portion of the Funds (38% or $3.3 Billion) Be Used for Capital Expenditure?

Speaking of expenditures, a shareholder questioned why so much was being used for capital expenditure.

SIA explained that this money will be used mainly for aircraft purchases and other aircraft related payments.

The company clarified that these aircraft purchases were made in the past as part of their fleet renewal strategy.

The aim was to upgrade their fleet with new-generation aircraft to replace their existing fleet as these planes are operationally more efficient and produce fewer emissions.

They are also negotiating with the aircraft manufacturers to adjust their delivery stream in light of current market conditions.

5) Why is SIA Carrying Out Fundraising Instead of Issuing Debt?

Another shareholder asked why SIA chose to undertake the fundraising instead of taking on more loans or issuing debt.

The airline responded by saying that choosing to raise money through debt financing entirely will significantly increase the company’s leverage.

This will increase the company’s risk of default and limit them from raising any money through debt funding in the future.

Additionally. this will further strain their weak liquidity as there will be the added cash outflow obligations from taking up more debt.

Instead, they have chosen to carry out the issuance of Rights Shares, Rights MCBs and Additional MCBs (if applicable).

This means that the funds raised will be considered equity and protect their balance sheet for the future.

Plus, the Rights MCBs and Additional MCBs (if issued) are of the zero-coupon variety, which relieves them of immediate cashflow problems as holders of the MCBs are not allowed to redeem them.

It is clear why SIA is taking this route. Hopefully, the airline industry will recover and bounce back for the sake of all the investors involved.

6) How is SIA Managing its Costs During These Uncertain Times?

To preserve cash, SIA has engaged in these cost-cutting measures:

They have also taken these steps to improve their liquidity:

Perhaps they will learn from this lesson and save up more cash for rainy days.

Majority shareholder Temasek who owns a 55.4% stake in SIA voted in favour of the Rights Issue and the MCBs Issue. 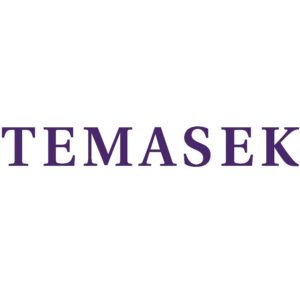 This gives a degree of certainty of funding to SIA which will allow the company to survive and hopefully position itself to capture medium and long term growth beyond COVID-19.

What Investors Need to Do

Retail investors who own Singapore Airlines shares have only two options.

The first option is to protect your current position and take part in the rights issuance at $3 per share and average down the cost of your holdings.

This increases your potential upside if the company eventually recovers if and when global travel demand picks up.

The implication is that as an investor, you will need to have the capital to subscribe pro-rata to this additional issuance.

For example, if you currently own 1,000 pieces in SIA, you will need S$4,500 ready to take part in this rights issuance.

The second option is to choose not to subscribe to the additional rights issuance. However, this will result in the significant dilution of your stake in SIA.

Assuming you currently own a 1% stake in SIA and do not take part in the rights issuance, your stake will be immediately diluted to 0.4% post-rights issuance.

As such, here are the key dates to take note of if you would like to take part in the rights issue.

The rights shares can be traded on SGX. This means you can buy and sell them like normal stock

However, you should consider selling off the rights if you do not want to exercise them. You can also buy more rights and exercise them later.

The rights shares are entitled “SIA R” with the symbol “LRDR.”

(1) This does not apply to CPFIS Members, SRS Investors and investors who hold Shares through a finance company and/or Depository Agent. (E.g. custodian accounts).

What Are Your Thoughts on Singapore Airlines?

In the meantime, why not check out the Seedly Community and participate in the discussion surrounding stocks like Singapore Airlines (SGX: C6L)!