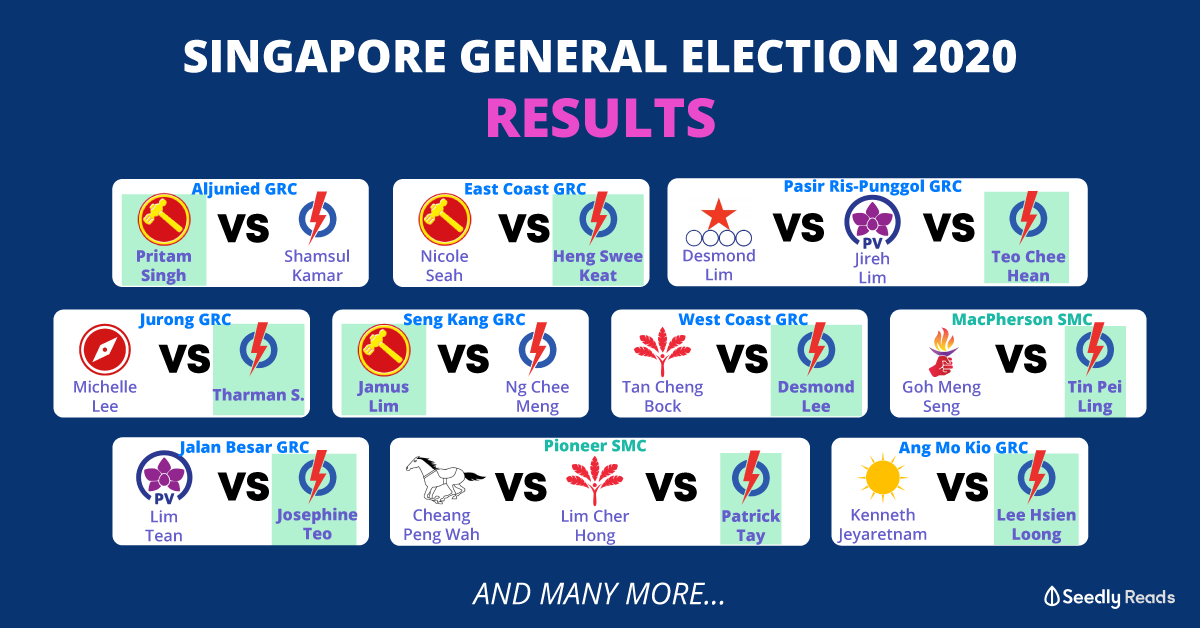 The Singapore Parliament has been dissolved to pave way for an election that will be happening on 10 July 2020.

And this election will be a particularly interesting one as the fallout from the COVID-19 pandemic has put the leaders of every nation to test.

In fact, a survey that was done in May 2020 indicates that only 41% of Singaporeans rated their leaders highly with regard to the handling of COVID-19:

In the Asian context, that’s a solid “F”.

As voters, some will look towards changing the political landscape with their votes.

Punishing whoever’s at the helm right now whom they deem are doing a bad job.

Others will continue casting their votes for the ruling party, thanking them for the work they have done over the years.

I am just looking forward to the memes.

In case you’ve forgotten, here are some highlights from the Singapore GE2015:

And who can forget this guy:

For Singapore GE2020, so far, I’ve not been disappointed:

By the way, Lee Hsien Yang is NOT running for elections.

TL;DR: A Singaporean’s Ultimate Guide to the Singapore General Election 2020 The General Election is of particular interest to ALL Singaporeans because these are the people who will shape the future of Singapore.

They’re the ones who will address policies governing housing, CPF, our retirement, and many more…

Basically, the Parliament we choose to represent us, and the decisions they make will definitely affect our personal finances!

So it’s in our interest to vote for the right people to speak for us.

The Political Parties Contesting in GE2020

There are a total of 11 political parties contesting in Singapore GE2020 (in alphabetical order):

FYI: the Democratic Progressive Party (DPP) has announced that they will not be participating in GE2020 and will instead back smaller parties like RP and PPP

If you’d like to find out more about what causes each party is championing.

We did a comparison of their manifestos, so you don’t have to! 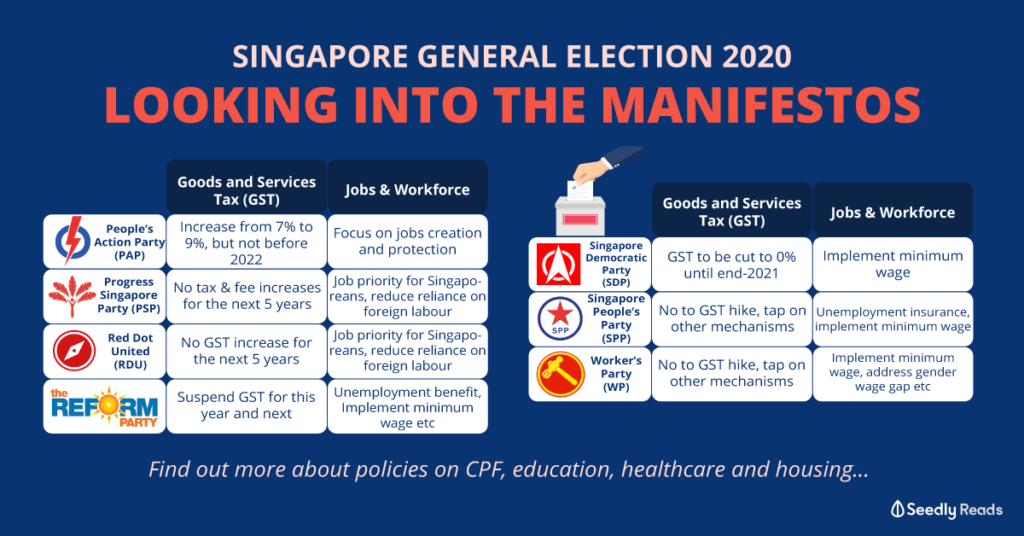 It’s about stuff like GST and jobs and the workforce…

The latest electoral boundaries for GE2020 are already out.

Here’s a quick overview of it:

[Update] After Nomination Day, it looks like EVERY seat is being contested.

Meaning there are no walkovers and all 2.65 million eligible voters will soon be receiving their polling cards.

Wondering who’s competing in your GRC or SMC? 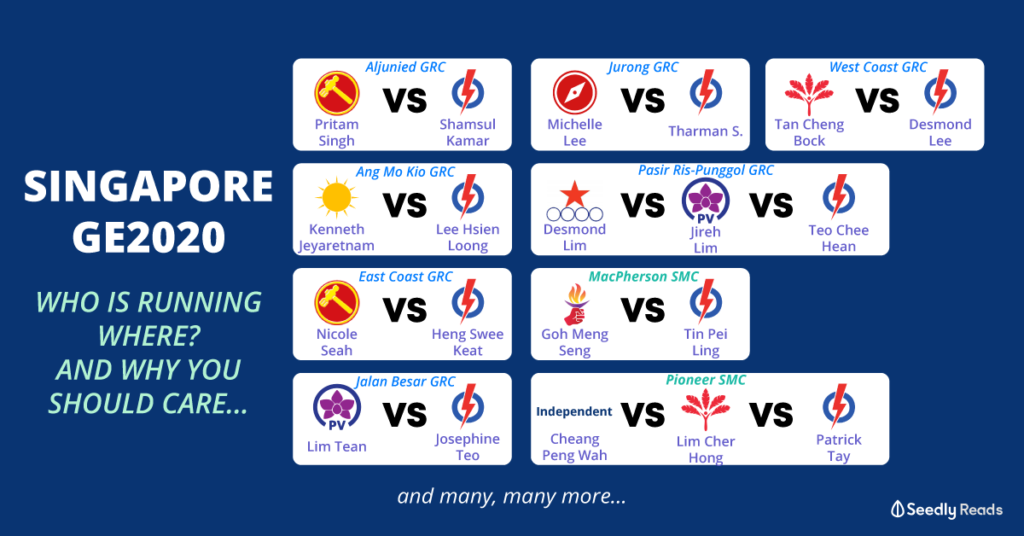 Here’s a complete list of who are the nominated candidates for the respective GRCs and SMCs.

The Pasir Ris-Punggol GRC will be a three-cornered fight.

The Pioneer SMC will also be a three-cornered fight, with the entrant of a surprise Independent candidate.

We looked back at the past few elections to see if we can spot a pattern.

The election date is fixed by the Prime Minister of Singapore.

He or she will choose a date that works best for him and his party to compete.

Since then, his party has won 3 elections.

Here are the dates:

Base on the timeline alone, there’s no real pattern to it.

But based on the 2015 election, the decision allows PAP to win its best results since 2001.

Timing may sometimes, play a key role in the distribution of votes to various parties.

FYI: Singapore’s next parliamentary general election must be held before 15 April 2021.

Singapore General Election(GE): How Much Does My Vote REALLY Cost?

The spending limit for this General Election remains at $4 per voter.

This spending limit remains unchanged from the 2015 General Election.

Based on GE2015, the cost per voter was kept rather low with the highest amount spent at $2.97 per voter.

Given that there will be no physical rallies for this election, we can expect the majority of the budget to be channelled towards digital marketing campaigns.

Here’s a compilation of how much each party has spent on each voter in the 2015 General Election(GE):

Due to COVID-19, here are some restrictions with regard to what the candidates can and cannot do during campaigning.

You can only wave the flag of your favourite party at home during this election’s campaigning period.

Candidates can only hold their rally online through live streams.

Each SMC candidate will be given 3 minutes on national TV.

It will be broadcast on MediaCorp Channel 5.

Each party will also be given two political broadcasts on 19 TV and radio channels.

Since no more than five people are allowed to gather. The same rule applies to walkabouts and door-to-door campaigning of candidates.

Each group must also maintain a 1-metre safety distance and minimise physical contacts such as handshakes, hug, or bro-fists.

No Gathering of Supporters

Supporters will not be able to gather at nomination centres or assembly centres this election.

But there is nothing stopping them from wearing their favourite party’s t-shirt and cheering their political party on by shouting at the TV screen.

This is my personal favourite.

Perambulating vehicles are allowed, but candidates are not allowed to speak, broadcast music, videos or live stream through these vehicles.

There will also be no thank-you vehicular processions after Polling day.

Banners and posters are allowed.

How will Voting be Conducted for GE2020?

Safety precautions have been taken to ensure that Polling Day is conducted safely even amidst this COVID-19 pandemic.

If it’s your first time voting, you can check out our first-timer’s guide on how to vote: 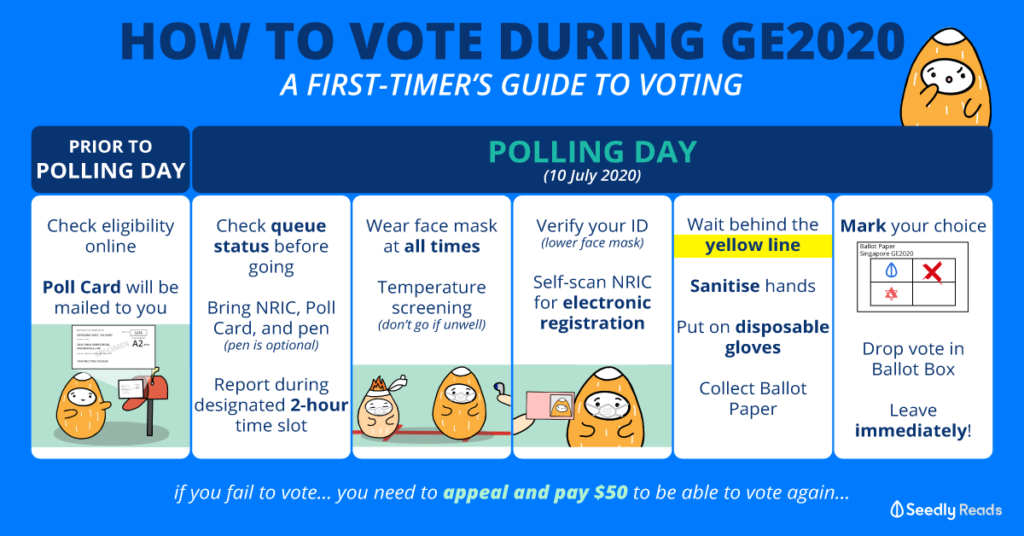 If you’re a lao jiao (Hokkien: seasoned veteran) like me.

Here’s an overview of what Polling Day is going to be like during GE2020:

Basically, you’ll still need to wear your mask at all times.

And there’ll definitely be the standard temperature screening and checks.

Here’s what you need to do on that day:

Is My Vote Really A Secret?

We got Ninja Calmond to find out is your vote really is a secret. 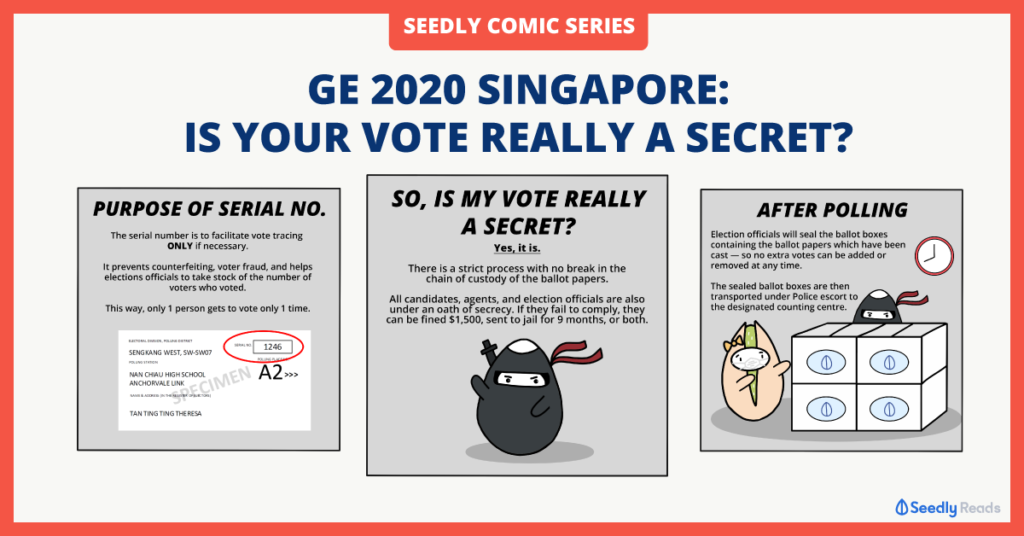 Watch this space as we’ll constantly bring you relevant updates on the General Election.