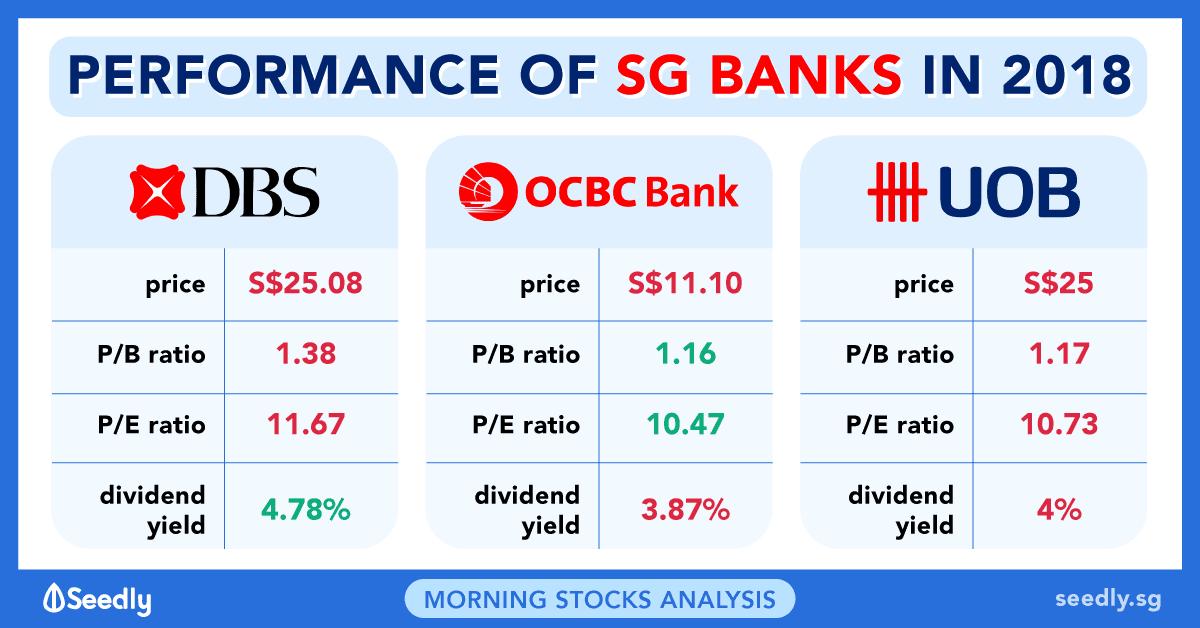 Here’s How Singapore-Listed Banks Performed in 2018

For our Morning Stocks Analysis, the Seedly team worked closely with The Motley Fool, who is an expert in the field, to curate unbiased, non-sponsored content to add value back to our readers.

The trio, which makes up around 40% of the Straits Times Index (SGX: ^STI), performed well financially in 2018. For investors who are looking to pick the best of the lot, here’s a comparison of the banks’ 2018 key financial ratios.

The table below shows a few key ratios that give us a picture of the banks’ profitability:

Source: Banks’ 2018 financial statements (the “best” metrics are in bold)

Net interest margin (NIM): Similar to the operating margin for an industrial company. The NIM shows the average interest margin that a bank is earning from its borrowing and lending activities. Among the three banks, DBS had the highest NIM for 2018.

Cost-to-income ratio: This ratio measures the non-interest expense of a bank as a percentage of its revenue. It is to gauge the efficiency and productivity of banks. Generally, the lower the ratio is, the more efficient a bank is. Among the three banks, OCBC had the lowest cost-to-income ratio in 2018.

Key ratios on strength of their balance sheet

Here is a table showing the key ratios that can give us clues on how strong the banks’ balance sheets are:

Source: Banks’ 2018 financial statements (the “best” metrics are in bold)

Non-performing loans (NPL) ratio: A non-performing loan is a loan on which the borrower is unable to pay off interest or the principal amount. The lower the ratio, the better it is for a bank. It’s a tie among the three banks in 2018 as all have an NPL ratio of 1.5%.

OCBC seems to offer the best value among the three banks with its lowest PB and PE ratio. However, it loses out to the other banks in terms of dividend yield. UOB’s board has declared a special dividend of 20 cents per share in 2018. Including that dividend, the bank’s adjusted dividend yield would be 4.80%.