A Singapore Story: Getting Out Of The Modern Day Poverty Cycle 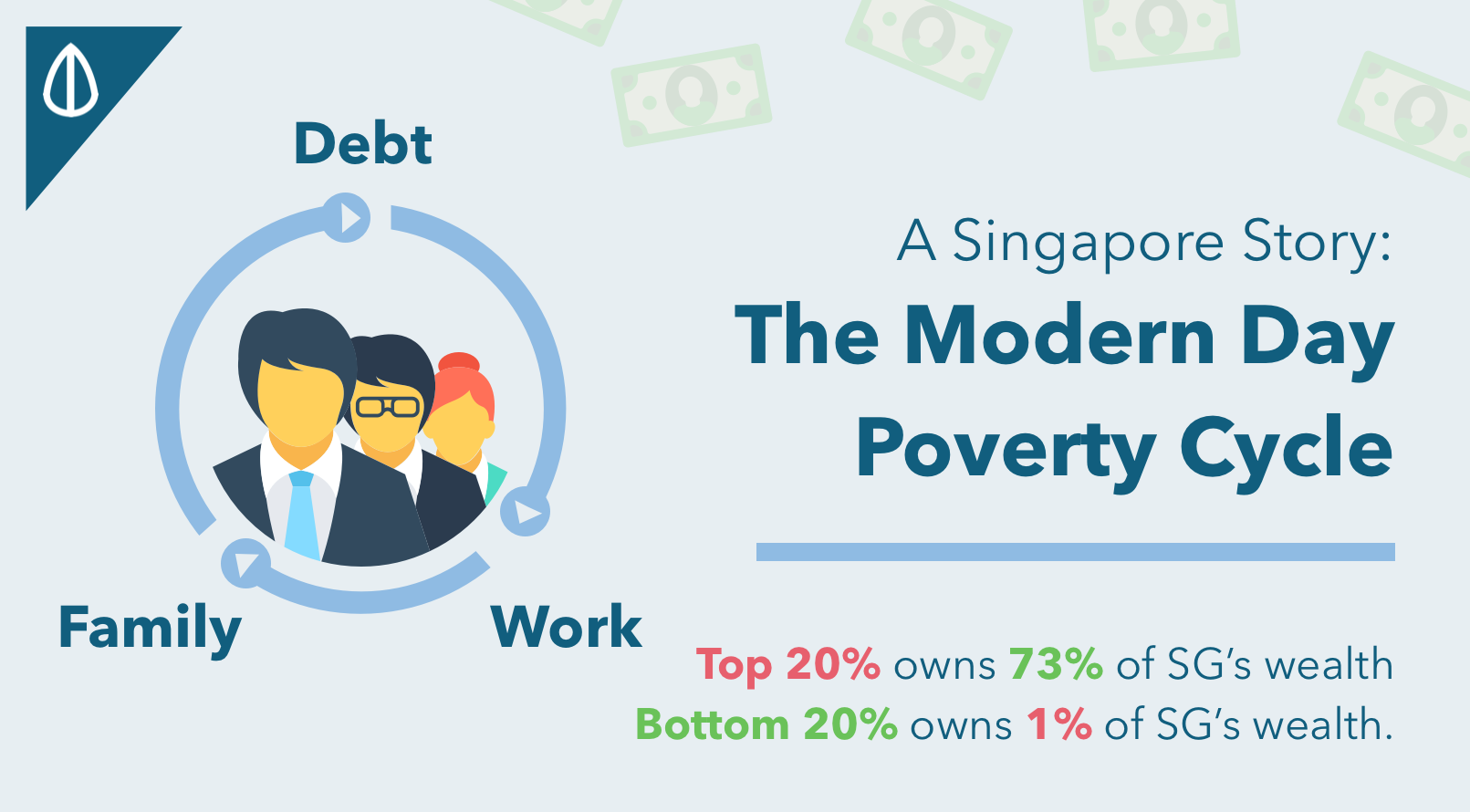 A Singapore Story: Getting Out Of The Modern Day Poverty Cycle

Singapore was ranked as the world’s most expensive country in 2017. Singaporeans generally complain about it over a few months but it becomes an afterthought soon after. You squeeze in the MRT in the morning and give yourself a reason to go to work.

That reason is the Modern Day Poverty Cycle. It was actually brought up by our community who asked a question anonymously on our Facebook group. It further led to thoughts on the idea of the typical Singaporean story of being Asset Rich and Cash Poor.

Upon starting work, you are already in some form of debt. And by the time you reach 30, a typical Singaporean couple would have to work towards paying down over $400k+ of debt if you apply for a public housing option. 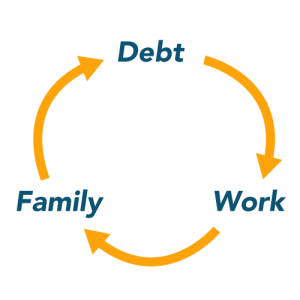 Capitalism at its best

This modern day poverty cycle is seen to be an economic driver, and the CPF (central provident fund) was also designed to further aid this system, as many of the forced savings can be used to pay for the larger ticket items. Especially here in Singapore where owning your own home is the norm rather than the exception. Essentially, you remain employed for as long you are paying off that debt. A family unit survives due to some form of debt and work.

Let’s take a look at 4 key statistics from a ChannelNewsAsia Report:

Considering that Singapore’s wealth has more than doubled in the last 10 years, this means that the wealth owned by the top 20 per cent would be growing more rapidly than the bottom 20 per cent’s. In addition, the top 1% has been owning more wealth over time.

The gap becomes wider and the easier option is to settle and debate among each other. However, Singapore is noted for having more success stories who climbed up the income ladder. This was mentioned by then-Finance Minister Tharman Shanmugaratnam at the 2015 Budget. There are over 14% of young adults who move from the poorest 10% households into top 20% earners.

How to break out of this cycle?

In Singapore, it is widely known that if you earn a decent living (you should be more than satisfied with your current state) But with any pragmatic country, the common man is always looking to grow beyond just ‘good-enough’.

The obvious and traditional approach: Property

This is not a new phenomenon… In fact, you can read this post here by Vulcan Post on how a large number of Singapore’s wealthly come from Real Estate.

The challenging approach: Startups and Entrepreneurship

To be honest, if it was obvious, everyone would be doing it. Hence it is ultimately up to you and the combination of the following two things:

Your network is your net worth. I Always believe in that and I believe investing in oneself throughout the years especially through your working life and beyond is key to living the next half of life with more free time to do what you love and contribute back to society in any way possible! 🙂 By then, we hope you are able to reach out and share your experience on this blog! #giveback #culture #SG