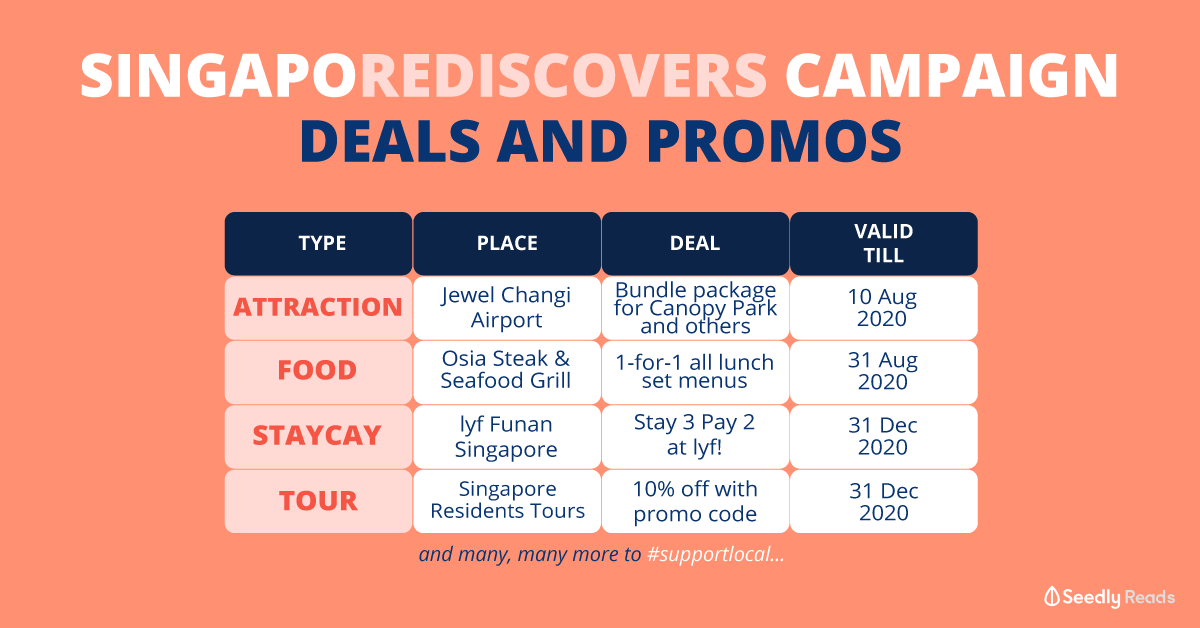 Having been cooped up in Singapore for the past couple of months, I’m badly in need of a holiday.

But the reality is that it would take some time before I can travel overseas as a tourist.

So, I decided the next best thing to do would be to be a tourist in my home country itself.

Well, there are lots of things to be discovered in Singapore…

Like going to Pulau Ubin, which I still haven’t set foot on even after three decades of living here.

“Thanks for judging me”

When the Singapore Tourism Board (STB), together with Enterprise Singapore and Sentosa Development Corporation launched the SingapoRediscovers campaign last week, I was doubly excited!

The campaign will offer unique and value-for-money experiences, packages, and promotions for locals to rediscover Singapore.

And at the same time, help to spur the local economy by supporting home-grown businesses.

Here’s a compilation of the deals and promos I found during my research of the SingapoRediscovers campaign to enjoy right after my virgin Pulau Ubin experience.

Yes, with the long weekend coming up, this guide will come in handy for you too!

There are lots of deals happening. Here are some highlights:

Who wouldn’t love a staycation?

With plenty of hotels opening up in Phase 2 to capture the local dollars, here’s an ultimate compilation of the staycay deals and promos according to your budget!

The guide has been updated with the hotel deals released under the SingapoRediscovers campaign (known as Singapoliday for certain packages) as well.

So, it’s really a one-stop-shop for all your staycation deals! 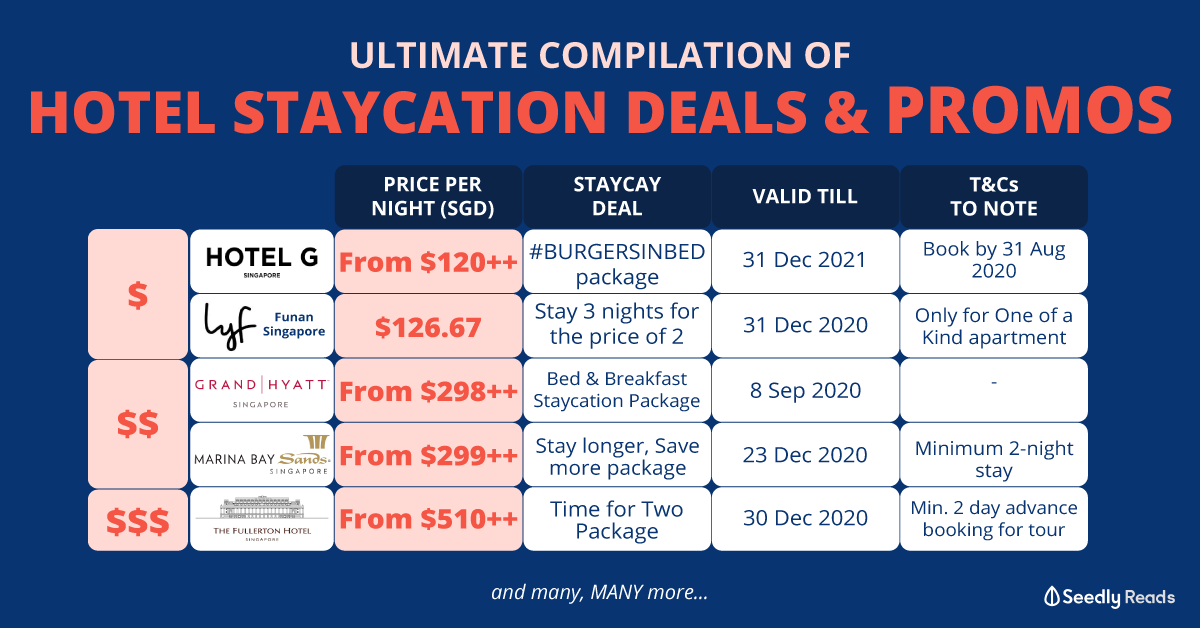 There are many attractions offers which are running from this month to end-December 2020.

With our nation’s 55th birthday celebration coming up, some places are offering attractive promotions valid only in the month of August.

Do note that some attractions allow visits past the deal end date, so you have to check out the individual attraction sites on the validity period.

Once you are exhausted from visiting the various attractions, what’s next?

Here are some of the dining deals available for you.

For more dining deals at Sentosa, you can head to its website here!

Now, let’s look at some festivals and campaigns centring around food that are coming up in the month of August.

The best way to be a tourist in our own country is to be one.

That’s where the tour deals come in handy.

Here are some tours that Singaporeans can partake in to discover the less trodden trails of our country.

Get The Right Credit Card

If you don’t carry any of the cards but would like to enjoy the deals, fret not!

Find out the best credit cards for you right here!

While at it, you can also find out the best cashback credit card or miles card to use from the friendly SeedlyCommunity.

And if you are a fellow Singaporean who hasn’t been to Pulau Ubin too, let’s talk!