The Curious Case Of Wealth In Singapore: Spending $430k Cash On A Porsche 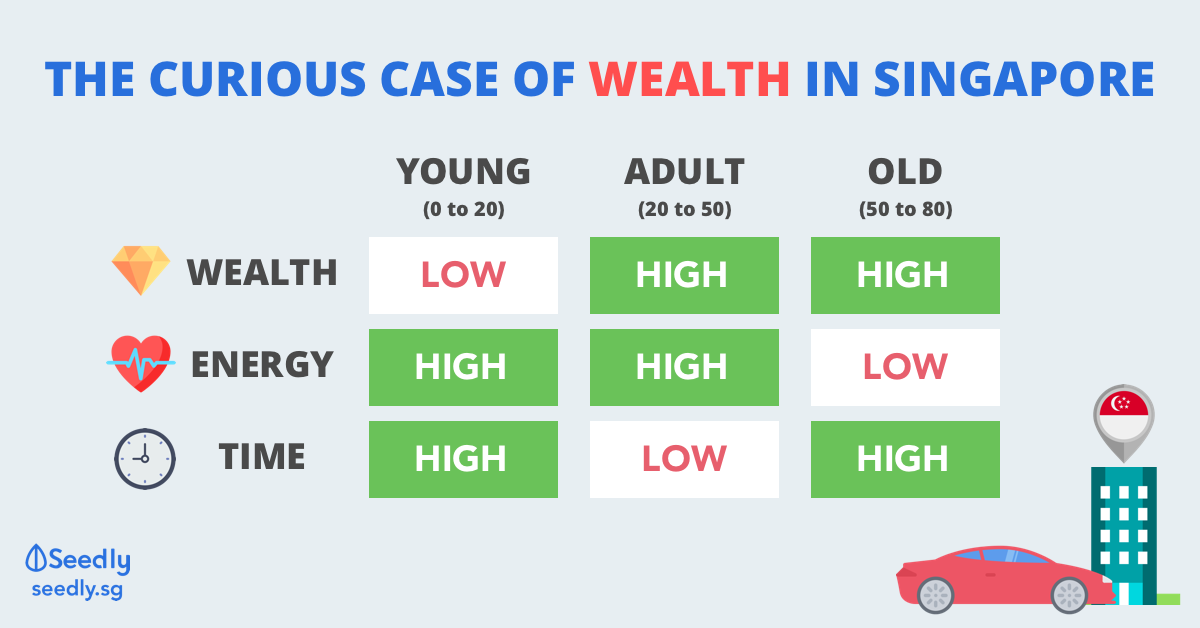 The Curious Case Of Wealth In Singapore: Spending $430k Cash On A Porsche

I have an Uncle whom I have known for the last 10 years as a family friend, let’s call him Uncle Tan.

He is 72 years old this year and still a pretty strong-willed man at his age, running a 30 year old business in the Steel industry.

Most would call him a ‘Family-run, Traditional Chinese Businessman’ where he came over to Singapore at age 5, from China and his father set up one of Singapore’s leading Steel trading companies.

A Faceapp filter for my financial view at 72 years old

With the whole Faceapp trend right now and people projecting how they would look like at old age, I felt that this piece would be an interesting experiment to project my world view of money and life at age 72.

And this encounter with Uncle Tan would be the perfect way to project this financial experiment forward.

Recently, Uncle Tan upgraded from a Jaguar XR to a Porsche Panamera GT 2019 when I visited him. I was extremely curious why he did it and more importantly, how much it cost.

Over a dinner conversation that day, I found that he actually splashed out $430,000 in cash to buy this latest model, I joked: “It’s a HDB on wheels” He agreed, and smiled and carried on digging into his bowl of soup.

Singaporeans often face this dilemma through life, and it is depicted through this table which you see here:

In capitalistic Singapore, we place a huge emphasis on education and work because we believe that the former gets us into a better position for the latter.

So from age 0 to 20 years old, we struggle hard to get straight As, and from 20 to 50 years old, we work incredibly hard to grow our wealth and accumulate as much as we can.

Only to realise at a later stage from age 50 to 80 years old, Money and life are two parts of the puzzle – One cannot exist without the other.

Be it in terms of expensive medical bills or items which you once deemed as prized possessions but now have less meaning than before (because you have less energy and youth to enjoy these experiences).

TL;DR: Learn to enjoy at every stage of your life, don’t leave it till too late

Life and Money correlate early on in life, but diverge at a later stage

Speaking to him, I learnt that there’s a second part to the story, and this very profound insight about life and money – the two correlate early on in life, but diverge at a later stage in life.

He and I both knew, that time was not on his side and beyond providing for his family, wealth has become now a means to enjoy at a larger scale. (and rightfully so)

At an age of 72 years old, splashing out that $430k on the Porsche has been his lifelong ambition to own a mid-high end sports car, and he managed to do it.

A contrarian belief: Money is only yours if you spend it

Some wise folks in the industry actually believe strongly in that notion above which is actually thought to be a contrarian belief.

At this point in the story, those who believe strongly in the FIRE (Fire Independence Retire Early) movement would take out their pitchforks out and start hating.

However, there is truth to that statement:

Money, beyond a store of value, should be weighted based on what you can exchange in the real value – some object, service or experience.

Conclusion: How much is (ever) enough?

There’s a very famous saying in the Chinese idiom world about money.

This roughly translates to: “Money isn’t everything but without money you have nothing.”

Based on our national calculations, you actually need $1,200 per month to retire in Singapore. So in theory, you would only need that basic level to survive for basic necessities and not jump to heavily into the chase for more and more wealth.

So I hope you learn something from Uncle Tan’s thoughts on money and life. Most importantly to take a breather, enjoy life a little, and smile while you still can, because every day you wake up breathing is worth celebrating!

Go out, experience and enjoy life for what it really is, and Faceapp your financial future by talking to older folks who are at least 40 years older than you (who are not your own parents) and see what your financial world view at their age would look like. So you can project it backwards and start making better life decisions now.