Fed Interest Rate Hikes (2022): What Are The Implications For Singapore?
207
shares 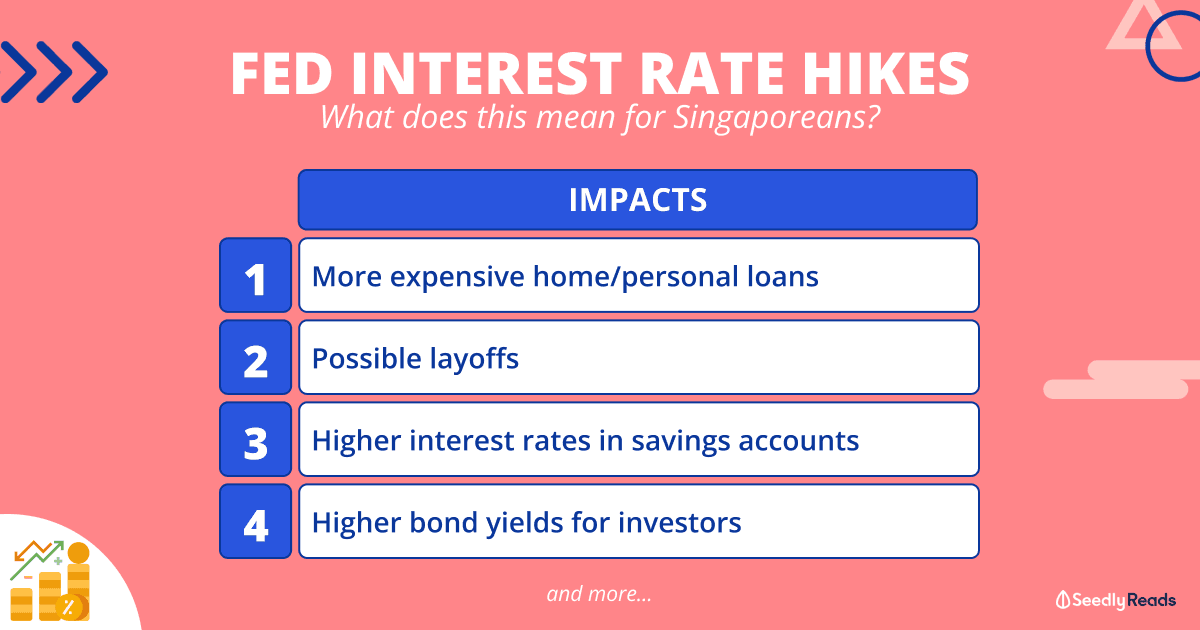 Fed Interest Rate Hikes (2022): What Are The Implications For Singapore?

Interest rates in the U.S. have been increased by another 75 basis points or 0.75 per cent, the fourth interest-rate rise of 0.75 percentage points.

This brings the federal funds rate to a range of 3.75 per cent and 4 per cent, the highest level since January 2008 (the year of the Great Financial Crisis)!

Thankfully, the Fed has indicated that while they will not pause interest rate hikes, there may be a slow down soon.

What has this got to do with me?

As you know, Singapore is a trade-dependent nation, and any change in interest rates in the world’s largest economy will affect everyday Singaporeans in one way or another.

Things like your home loans, investments, and savings will be impacted when interest rates in the U.S. are adjusted.

Read on to find out!

TL;DR: How Does The Interest Rate Hike Affect Singaporeans?

Singapore’s interest rate is largely influenced by the global markets and especially the U.S. The Federal Reserve (Fed) has increased interest rates and will continue doing so for the next few years to combat inflation.

As a result, Singapore’s domestic interest rate has already risen and is expected to rise further in the coming years.

For everyday Singaporeans here are some things that will follow:

As for investors, the interest rate hike is not a great sign for the stock market as a whole. However, the high interest rates could already be priced in as well.

Why Is The Federal Reserve Increasing Interest Rates?

The Fed’s goal is to ultimately promote “maximum employment and stable prices in the U.S. economy”. Stable prices also mean keeping inflation in check, which is done by adjusting the federal fund rate (interest rates).

With high inflation in the U.S. throughout 2022, the Fed has thus increased interest rates in order to bring inflation down. Raising the rates will cause the cost of borrowing to go up, which in turn leads to a fall in demand for goods and services. When demand falls, inflation will subsequently fall as well.

How Does The Interest Rate Hike Affect Me?

Higher interest rates will make the cost of taking up a loan much more expensive.

This affects the majority of Singaporeans as most of us will have to take up a home loan. Household owners taking up mortgage loans based on the SIBOR (Singapore Interbank Offered Rate) and Singapore Overnight Rate Average (SORA) can expect to pay higher interest on their loans in the coming years.

If you’re currently on a floating home loan, you might want to consider refinancing to save a potentially huge amount on interest paid! 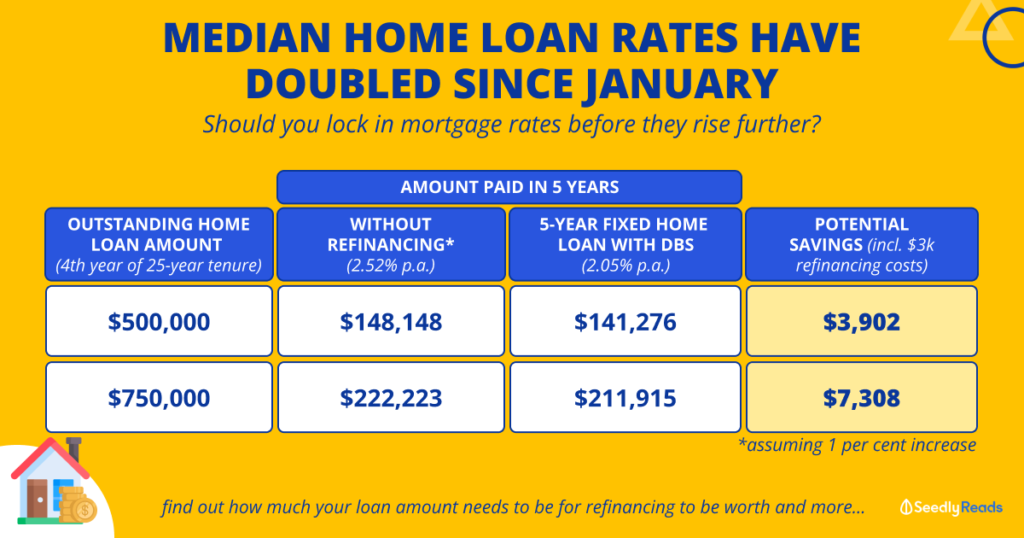 Other loans such as car loans and personal loans will also have higher interest. If you have the means, clearing off your debts sooner could prove beneficial to avoid paying more in interest.

As for those of us about to borrow, it might be better to do so sooner rather than later as the interest rates continue to increase.

On a macro scale, an increase in interest rates also means that it is more expensive for companies to borrow money. This particularly affects companies that have not yet seen profitability which may result in potential layoffs or pay cuts.

Of course, this largely depends on your company. Be that as it may, it would be wise to have an emergency fund if you haven’t already done so.

When interest rates go up, it makes it more expensive for companies to borrow money. This hampers their growth prospects as well as near-term earnings. When investors see that a company is cutting back on growth or is less profitable, this also eventually leads to a lower stock price ceteris paribus.

On a larger scale, higher interest rates hence affect the stock market negatively as evident from this year as well.

If you’re invested, remember not to panic sell and stick to fundamentally good companies: 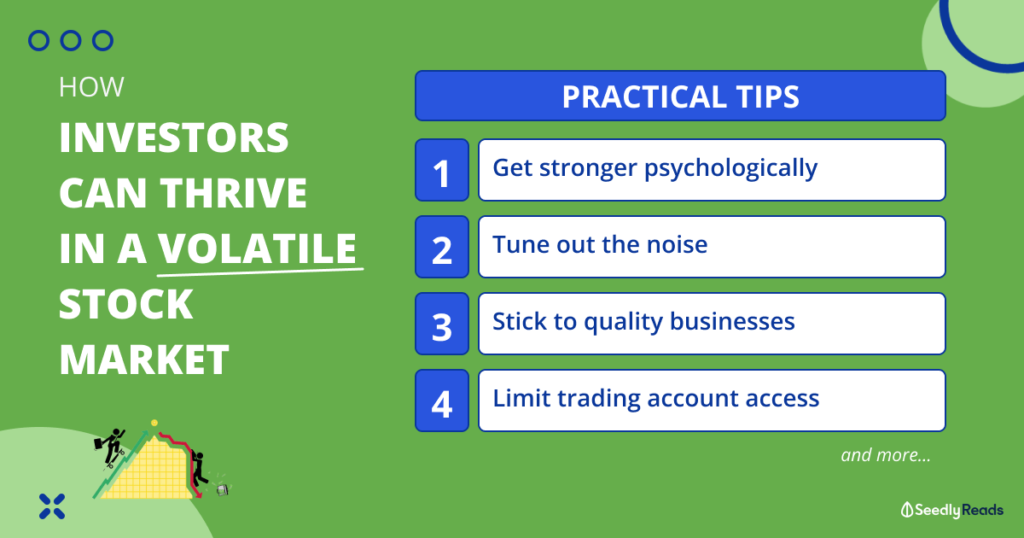 Thankfully, not everything is doom and gloom. 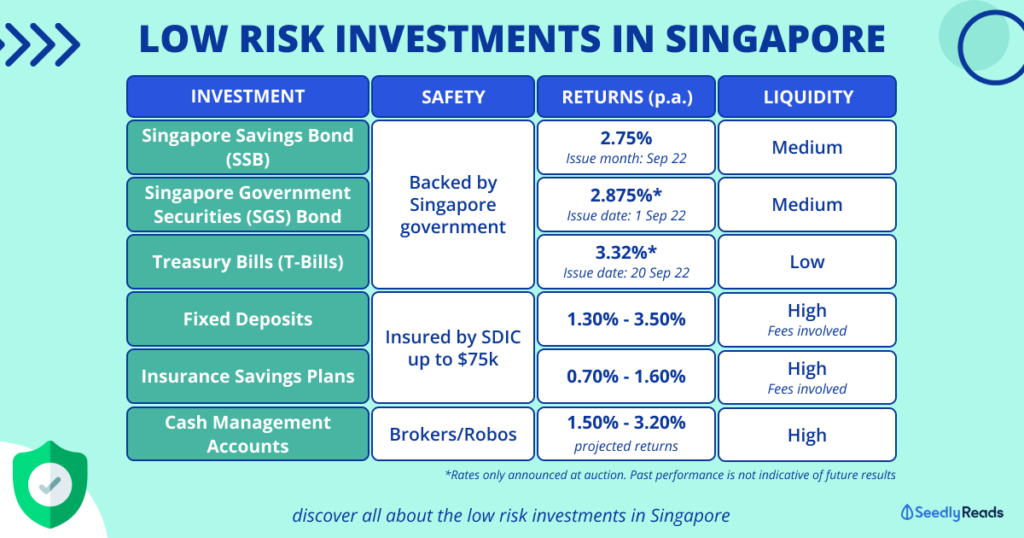 Should interest rates rise even further, we can expect an even better interest rate which would benefit savers.

After the latest Federal meeting, the stock market dropped after Fed Chair Jerome Powell dismissed the idea that interest rate hikes will pause. However, he also hinted that there may be a slower pace of tightening.

That said, when that might happen is anyone’s guess as new information continues to be analysed by the Fed.

In Singapore, the effects of inflation and rising interest rates have been rising in tandem with what is happening in the U.S.

While these are things beyond our control, you can now better plan your finances and be prepared for the future.