My Thoughts On Keppel Corporation (SGX: BN4) After Attending The AGM My Thoughts On Keppel Corporation (SGX: BN4) After Attending The AGM

My initial thoughts when I stepped into the venue were that the setting was a lot colder and more formal than other AGMs which I have attended.

I was also disappointed that there was no coffee or tea counter. And no. There was no buffet either… ?

My rating? Not one of the best AGMs I’ve attended – in terms of perks. 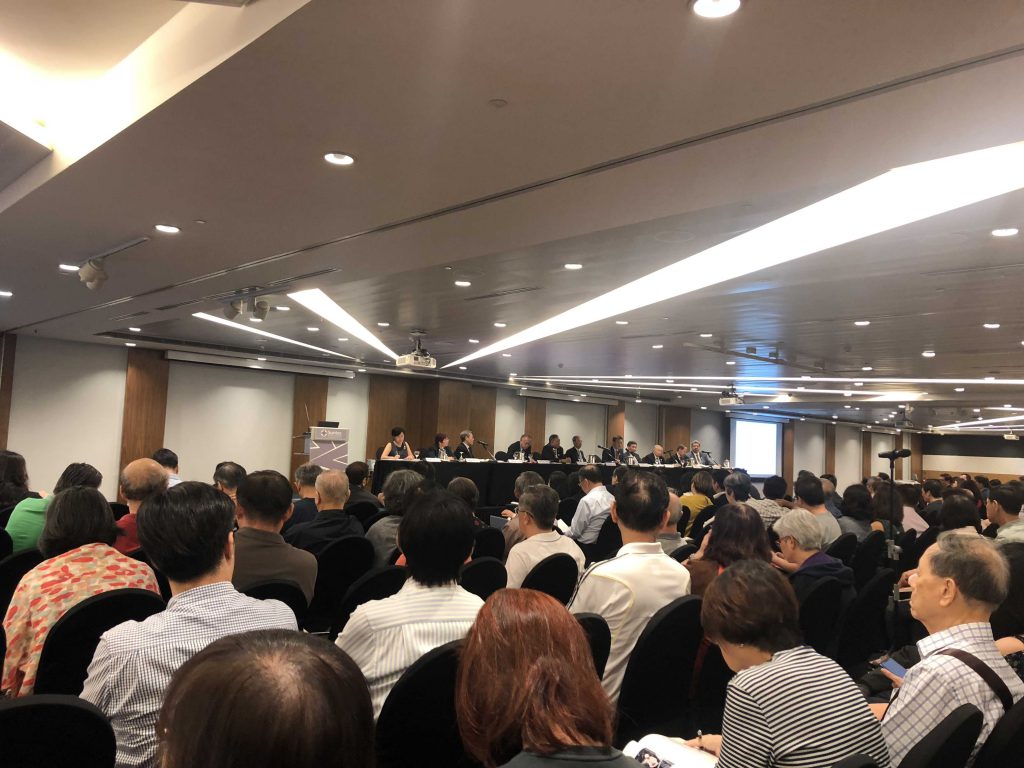 Plus the screen was really tiny, the speakers were droning on in a monotonous voice, and most of the people around me were nodding off.

But the knowledge that I walked away with was… Enlightening, I suppose.

After looking at Keppel Corp’s financials and attending the AGM, here’s my take on Keppel Corp as an investment:

What Is Keppel’s Business Profile?

Unlike other big-name companies in the SGX, Keppel Corp’s business model is a little more complex and diverse.

Most of us retail investors may be unfamiliar with what they do since Keppel works directly with businesses rather than consumers.

Their business can be split into four different segments:

Where they are one of the leaders in offshore rig design, construction and repair, ship repair and conversion.

Focused on putting Singapore’s on the world’s prime estate map as a true waterfront precinct which offers the best waterfront and urban lifestyles.

In particular, their joint-venture with SPH and M1.

How Strong Is The Business Financially?

With regard to its Return On Equity, it’s understandable that the numbers will fluctuate according to the changes in profits earned for the year.

And unlike the general belief that changes to net profits directly correlate to changes in cash flow, Keppel Corp’s net profit and cash flow do not share the same correlation – I’ll expand more on this later.

In terms of revenue in 2018, Infrastructure contributed the most at 45%, followed by Offshore & Marine at 31%, Property at 22%, while Investments clocked in at a mere 2%.

Profits-wise in 2018, it was interesting to note that Property contributed almost 100% of the entire company’s profits at S$938m. This reflects how profitable the Property segment is to the business, yet at the same time, it highlights how little the other segments contribute to this.

The next most profitable segment was Infrastructure which clocked in at S$169m, while Offshore & Marine and Investments both suffered net losses.

Although these developments may seem rosy, the Offshore & Marine segment as a whole has been experiencing a decrease in revenue since 2016. In fact, EBITDA margins, operating profits, and net profits have all suffered as well, resulting in an overall decrease in profitability since 2016.

It should be noted that even though the one-off financial penalty of S$619m was a huge contributor to this decrease, excluding it would still result in the Offshore & Marine segment making an overall loss.

It’s also worth pointing out that 2018’s results were slightly better than 2017, and that is encouraging from an investor’s perspective.

Manpower headcount has also fallen since 2016, which resulted in a decreased manpower cost and probably kept operating costs down.

In 2019, the Offshore & Marine segment will be focusing on R&D to strengthen existing capabilities and leverage on synergies between different business segments. With fluctuating oil prices and an Offshore & Marine market that it is still rather sluggish, I don’t think this segment will fair so well in the future either.

Cutting costs and streamlining operations would probably be something Keppel has to focus intensely on.

For Keppel Corp, property made up the largest portion of its assets in 2018. These properties are also mostly found in Singapore and China – from the chart above, there’s almost an even split between them.

In 2018, Keppel had sold 4,400 homes mainly in China, Vietnam, and India. There were also significant divestments and sale of residential projects en-bloc worth a total of S$1.7bn.

However,  this is the most profitable segment of Keppel’s portfolio. And despite decreasing revenue, profits have increased significantly, with the biggest jump seen between 2017 to 2018.

In 2019, the focus will be on strategic investments throughout Asia, especially in Singapore, Vietnam, and China. They are also looking to strengthen collaboration with strategic partners to capture growth opportunities in the region.

However, as many of us might know, property market cooling measures implemented by the Singapore government in 2018 have led to a reduction in en-bloc sales in Singapore and an overall reduction in property prices. This might hamper the Property segment of Keppel moving forward.

In 2018, cooling measures from the Chinese government have also led to a decrease in property sales there.

Keeping in mind the cooling measures implemented by the Singaporean and the Chinese government, Keppel’s Property segment might see a riskier future since that’s where most of their current property portfolio can be found.

This is the other sizable portion of Keppel’s revenue portfolio.

In 2018, this segment secured S$180m of contracts in energy and environmental infrastructure construction in Australia, China, Europe, and Singapore. There was also a signed partnership to explore data centre opportunities in China.

As a whole, the segment has experienced an increase in revenue since 2016. Consequently, net profit has increased since then. The ability of Keppel Corp to maintain a constant stream of revenue is also largely propped up by this segment as well.

For 2019, the company will continue to seek out other value-enhancing projects both locally and abroad. Keppel Corp will look towards harnessing integrated gas, power, and district cooling platforms in order to explore more areas of growth.

Over the next few years, key trends such as population growth, urbanisation, the need to address climate change, as well as the proliferation of the Internet of Things, Big Data, and AI will all allow for greater growth opportunities for this segment.

Since this contributes a negligible amount in terms of revenue. I’ll skip this.

Other Financial Metrics To Take Note Of

Overall, cash flow from Keppel’s normal operating activities has fluctuated over the years.

This is driven by profits and working capital changes. Based on the above chart, cash flow from changes in working capital has been a significant driver of whether free cash flows have been generated.

It’s also worth noting that investments and divestments are also significant drivers of cash flow for Keppel as well.

Overall, it seems that the company’s debt profile has improved in 2018.

This can be seen from a stronger net gearing ratio and higher interest coverage ratio in 2018 as compared to preceding years.

A higher interest coverage ratio in 2018 can be attributed to improved earnings over the years, but also a reduction in interest costs.

For this metric, the higher the ratio, the better, since this means that there are more earnings that can be used to payback interest costs.

Looking at cash flow coverage, I noticed that it weakened in 2018. This drop could potentially affect the maintenance and growth of the company’s operations (read: including the ability to pay out dividends).

This brings me back to what I mentioned earlier about the misconception that changes to net profits directly correlate to changes in cash flow.

Again, I believe this phenomenon demonstrates at least for Keppel, how net profit and cash flows can be quite different. If you look at interest coverage ratio, the improved profits of Keppel led to an improvement in the metric. However, operating cash flows did not increase proportionately, leading to a dip in cash flow coverage.

Keppel Corp’s debt seems evenly spread over a wide range of years, which is a good thing. The spread of the proportion of debt ranges between 12% to 22%.

Some Interesting Questions Asked During The AGM

Now that we’ve gotten the dry stuff out of the way, here are some interesting questions that are probably also on your mind if you’re a current or potential investor in Keppel Corp:

1. “Now That Keppel Is Taking Over M1, Will They Be Leveraging On 5G To Improve Operations?”

With the recent news of M1 delisting and undergoing an acquisition by a joint-venture between Keppel and SPH, this was certainly a hot question on many shareholders’ minds.

To answer this question, the Chairman first shared that 5G will not just be about improved texting, but that 5G will transform other forms of interactions online. With a particular emphasis on communication between machines. Naturally, M1 will need to invest heavily in building up its 5G network in order to remain competitive in that space.

If I’m reading the Chairman’s response right, the focus on 5G might be very different from other telcos treatment of earlier iterations of cellular technology like 4G and 3G.

Apart from just improved cellular connectivity for consumers, the move to 5G might open up new domains to improve businesses – and M1 will be poised to tap on this growth.

The Chairman responded that the company has been mapping out strategies to win customers. As of end-March 2019, they have accumulated 100k customers. They are also prepared for competition and have set proper pricing strategies in place.

Unlike other electricity retailers which only focus on selling to consumers, Keppel Electric is one of the few which can sell to both consumers as well as corporations. Hence, Keppel is able to tap on different elements of the value chain to enhance competitiveness.

I also believe that with proper implementation, Keppel should be able to tap into their existing infrastructural and logistics network to their advantage.

Keppel Corp is a huge player with a market cap of S$12.5bn and a plethora of unique value propositions in several different sectors.

However, what worries me is the decreasing revenue in three out of four segments as discussed earlier, with Properties being the only one segment that is growing.

Based on industry developments, I believe that Keppel is able to tap onto different market opportunities and trends that are surfacing globally. But even then, I would pay close attention to whether the company can improve on its sources of revenue.