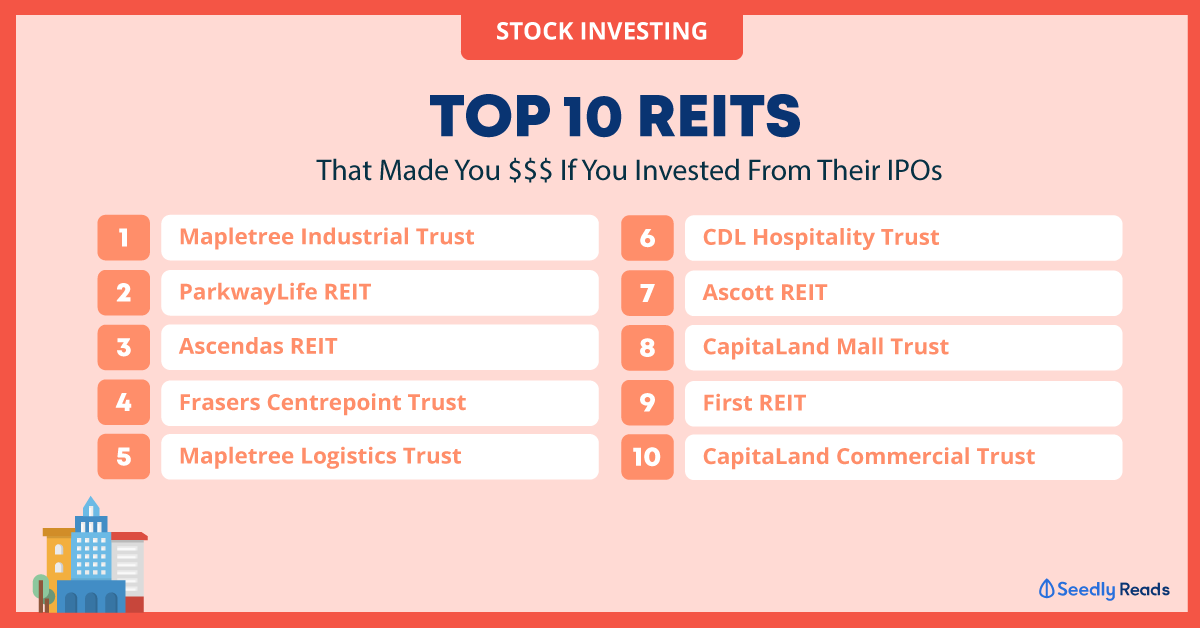 Among them, Eagle Hospitality probably got the most attention, albeit for the wrong reasons.

Eagle Hospitality’s largest asset is The Queen Mary, a luxury cruise ship which was converted into a hotel and permanently parked at Long Beach, California.

The Edge Singapore pointed out that the retired cruise ship might sink into disrepair due to poor maintenance.

Even if the repairs are carried out, it would cost a bomb and the amount would balloon to as high as twice the amount of its asset value.

Upon news of this, the unit price of Eagle Hospitality quickly tanked from 66 cents to as low as 42 cents in less than a couple of weeks.

Anyone who subscribed to Eagle Hospitality units during its IPO at 78 cents per unit would be sitting on a paper loss of 46%.

As I read some posts made on the HardwareZone forums, someone commented that ‘Singapore is home to APAC’s largest collection of weird and shitty REITs and Eagle Hospitality is one of them’.

While I agree that Singapore has a large selection of REITs, I disagree that many of them are ‘weird and shitty’.

Truth be told, the historical performance of Singapore REITs (S-REITs) — as you will soon see — tells us otherwise; most REITs in Singapore have performed remarkably well!

This is exactly the reason why many REITs choose Singapore as their preferred market to list in.

But there are a few bad apples and Eagle Hospitality isn’t alone.

Also, there are several other S-REITs like Saizen REIT, MacarthurCook Industrial REIT, and Allco REIT that ran into trouble in the past and caused a dent in Singapore’s REIT sector.

Despite this, Singapore’s REIT market remains vibrant — largely thanks to the majority of S-REITs that have continued to deliver great results for dividend investors like us.

The Top 10 Singapore REITs Since Their IPO I first wrote about the performance of S-REITs four year ago and this time around, I will update their results by taking into account their latest share prices as at 31 January 2020 and dividends paid to unitholders up to then.

The REITs in my study would have had to be listed for at least 10 years in order to have a track record of long-term underlying performance.

I also made adjustments for pre-consolidated units and distributions to get a more accurate picture. In all, there are 22 Singapore REITs that listed in 2010 or earlier.

But Saizen REIT and Fortune REIT will be excluded as they have since delisted from the SGX.

Once again, we will assume that John (a fictional character) invests $1,000 equally in each REIT from the day it listed.

Since John is a hard-core income investor and wants to keep all his cash, he doesn’t want to cough out any money to subscribe to any rights issues and is comfortable with any share dilution.

Let’s also assume that John also forgoes to sell his nil-paid rights from which he can obviously make a profit from.

From the table above, John would’ve made a nice return in CCT as his initial investment of $1,000 would have grown to a total of $3,250, including dividends received over the years.

Basically, the more money he had invested, the more he would have made.

And the longer he holds onto his REITs, the more dividends he will receive.

Such a return is certainly many times higher than the low-interest rates which banks are offering us today.

The most impressive REIT in John’s portfolio, in term of absolute return, is Ascendas REIT.

His net gain in Ascendas REIT alone is more than enough to cover his losses in four worst-performing S-REITs.

Most importantly, John is still very profitable even without coming up with any additional capital to subscribe to any rights.

However, if he had subscribed to them (including excess rights), he would have made even more money since rights are usually sold at a discount to market prices.

At the end of the day, John continues to receive regular quarterly dividends from his S-REITs in both good and bad times. As you can see, REITs remain a great choice for anyone who wants to build a steady and consistent stream of passive income.

Please note that you shouldn’t buy or sell any of the REITs in this article solely based on the data above as past performance is not necessarily indicative of future results.

It’s highly important to have a proper investment framework to help you identify and invest in only the high-quality REITs that will give you continual streams of passive income and capital gains down the road.

Finally, just a quick reminder: 2020 applications to join Dividend Machines close on Sunday, 1 March 2020, at 23:59 hours. If you’re looking for a way to learn how to invest in dividend stocks and REITs and build multiple streams of passive dividend income, then we highly recommend you check out Dividend Machines before applications close!

Once the deadline has passed, Dividend Machines will only reopen in 2021.

So if you miss this round, you’ll have to wait a year (or more) before we accept new applications again.

Happy investing and we hope to see you on the inside!