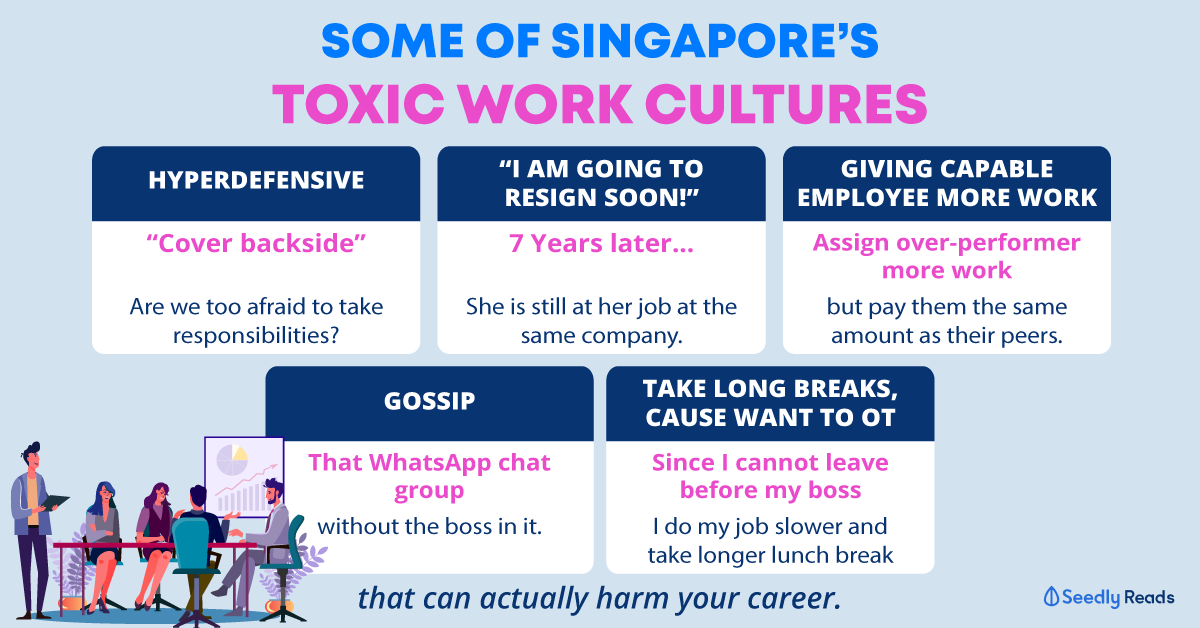 Your Work, Your Life

Singapore is ranked second when it comes to workplace bullying. Based on a survey by Kantar, 24% of Singapore workers are said to have been bullied in their workplace.

44% of Singapore workers are also affected by “stress and anxiety” at work. The global average is at 39%.

While some of us may argue that we should not let our work affect our lives, it is easier said than done. Ultimately, we spend close to 45 hours at work each week.

The work culture of your workplace can have a drastic impact on you!

The work culture in every country is different, usually shaped by the culture, education system, leadership and policies of a country.

Given that the culture of the organisation is usually influenced by the individuals working in it, the attitudes, mentalities, interests, perception, work process and thought process of employees.

In Singapore, there are some characteristics that stick out the most. It can either be found in the entire organisation or a good number of employees. Some of these cultures and mindset, if left to thrive, can actually have an impact on your career.

Or for no better words, Singaporeans call this culture, “cover backside”.

Most of us who did our National Service would be able to identify this culture immediately.

Singaporeans in general, are afraid of taking up responsibilities at their workplace. Individually, we are generally afraid of being penalised when things go south. We are too afraid of putting anything to our name, simply because we are too afraid to take the fall.

This hyperdefensive can also affect the working relationship between departments, simply because the individual department did not want to be held responsible for any failures.

When this culture gets into an organisation, it can lead to it being less productive, since most of the time was spent making someone responsible for it. The problem remains unsolved, and there is no initiative to find a solution around it.

Over time, the organisation becomes less solution-oriented but more finger-pointing, ultimately decreasing the efficiency of it.

We end up spending time, coming out with processes to better hold someone responsible for every task, at times, having a longer approval process before something gets done. Meetings will end up being very indecisive with no one taking ownership of anything.

Individually, workers are at risk of getting the blame when things do not turn out well.

This culture can discourage teamwork, encourage individualistic mentality, and give rise to a less trusting culture internally. A solution-oriented worker may find themselves in the line of fire for taking up responsibilities, and stop doing so moving forward.

The fear of owning up to mistakes will also mean that it is difficult to attribute success to an individual or a team if things turn out well. Workers end up going through motion in their daily work and not pushing boundaries and going above and beyond in their daily work.

While this hyperdefensive culture may not just be a Singapore phenomenon, strong traces of it linger in many companies locally.

“Happened in my time serving NS as HR. Something goes wrong, boss/superior straight finds a blame instead of finding a solution. Especially if its small mistakes which can be resolved by someone in a matter of minutes. I’ve had to tell them to calm down and figure out solutions to resolve the matter so many times.” – reddit

The “I Am Going to Resign Soon!” Culture

Seven years in and she is still at the same company.”

The negativity that this individual possessed can have an impact on the company’s morale, especially for new joiners. Imagine joining a company and be onboarded by someone who is constantly complaining about resigning and all the bad things about the company.

It can create very bad air at work.

Heading to work every day with one foot out the door can affect an individual’s career growth too!

They end up becoming

Giving the Capable People in the Team More Work

Assiging over-performing employees the most important tasks can be very tempting. But where do you draw the line?

Especially in a fast-paced environment, the easiest thing to do is to hand the most important tasks to the over-performing employee. The worse part of it is that you receive the same (or lower) salary as your peers who are less competent.

There will only be a few outcomes from this.

Since doing your job well equates to being assigned more work, you feel less motivated to complete your assignments on time or to do them well.

When you realised that your peers are earning more than you or drawing the same salary for less output, it forms a bit of an imbalance mentally. Over time, this can consume you and crush your passion for both the job and the company.

“I was in the company for about a year. A foreign MNC. This actually happened.
A friend of mine was very good at his job, and was constantly unfairly assigned to do some of the important assignments. Many times, he didn’t even have time for lunch.

Long Breaks and Work Over Time

“Going on a two hours coffee break since I plan to OT anyway.”

In some companies, leaving your work before your boss does can be frowned upon. Some of us are staying late in fear of looking bad by comparison especially if your colleagues are all making it a habit to work late.

Some of us make up for the over time by going for longer lunch breaks. We may end up spending the exact same amount of time working, despite the OTs, and end up comprising on our personal time.

That WhatsApp Group chat without the boss in it.

All thanks to the advancement in technology, gossiping has gone from the usual pantry talks to online platforms such as WhatsApp.

While these watercooler gossips can be entertaining, it can be very draining on the mind for those who have to deal with it. It can also affect morale, trust, create division between colleagues and affect productivity.

What Can We Do?

For a start, own the change you seek.

If you are feeling stuck and unhappy at your job, find ways to get out of it. 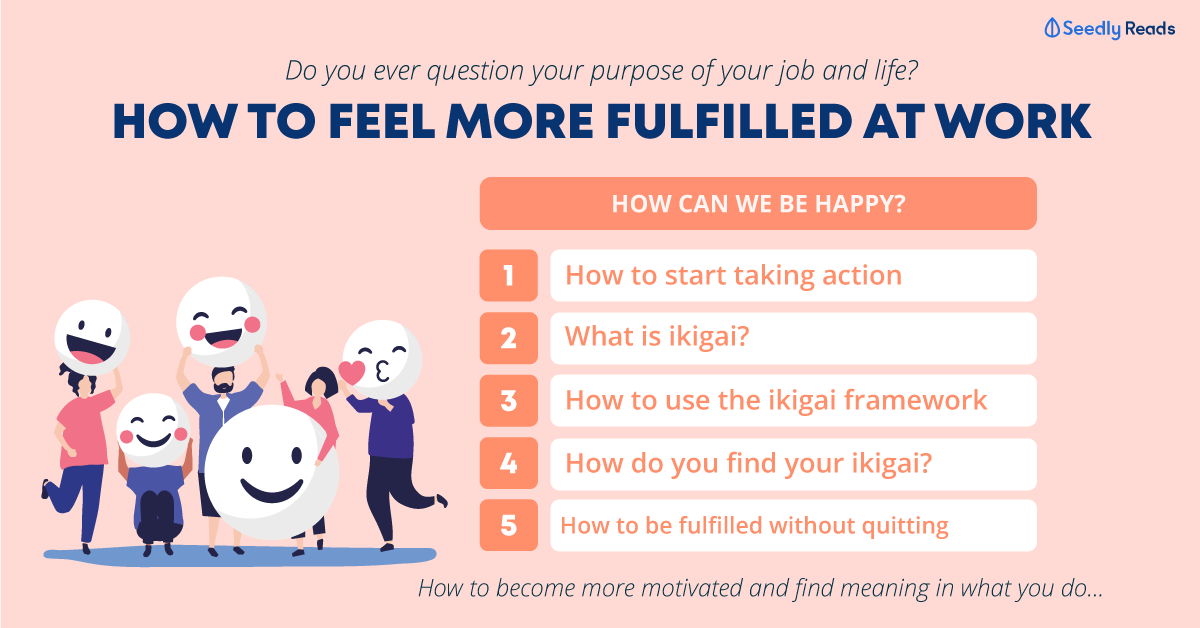 We recently talked about the Ikigai model to help one find fulfilment in life. If you do not wish to leave your job, it is important to “remove the nail stuck in your shoe than to learn how to hop”.

The lack of communication and transparency in an organisation is what give rise to the toxic culture most of the time. Encourage flow of information or even have an open discussion with your boss to look for change.

Of course, we are assuming that you are a good performer at work.