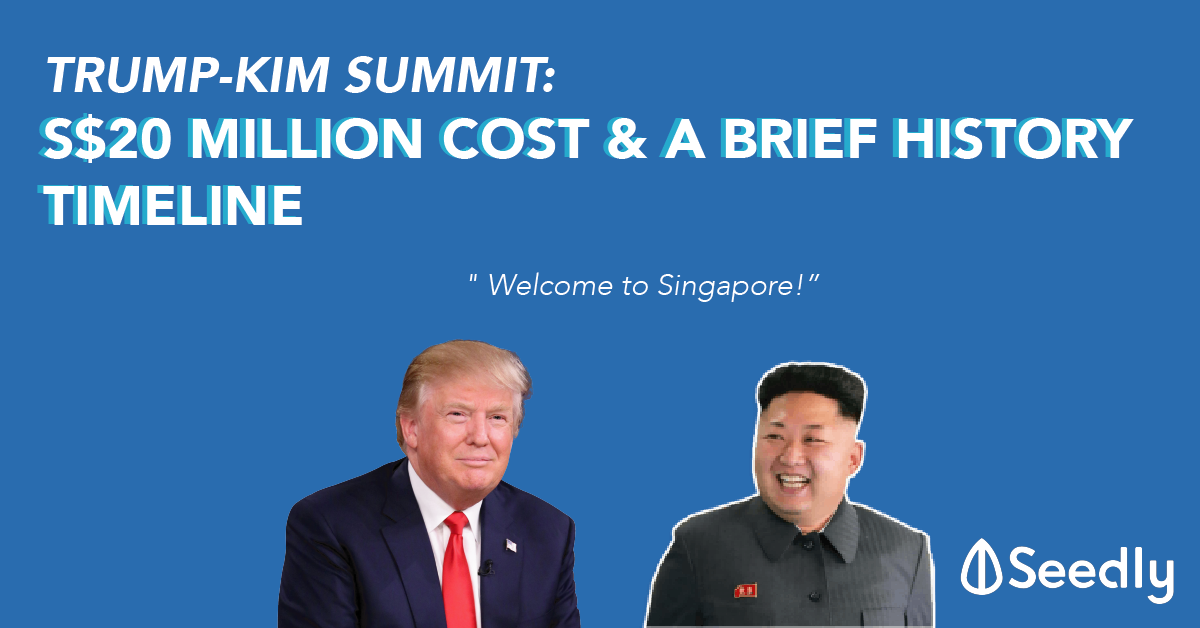 Unless you live in a shell, you would have heard news about the historic summit between US President Donald Trump and North Korean Kim Jong Un being held in Singapore. This historic moment will be held at Capella Hotel on Sentosa.

Here are some pointers to note:

When asked by a reporter about Singapore recouping the costs of hosting the summit, Prime Minister Lee Hsien Loong states that

“If you calculate the price of everything in this world, you will miss out on the really important things. In this case, what is important is that the summit is being held, and we are hosting it, not extravagantly but with due consideration to costs and making sure operational requirements are met.”

Is the summit worth the S$20 million spent?

While this is a really historical moment for the world, Singaporeans are split when it comes to the S$20 million spent on the summit.

We decided to sort the voices on the internet into pros and cons of holding the summit, just to see if it makes sense.

Here are what the Netizens are saying:

Why is it good for Singapore to be holding this summit?

With the many commotions going online, here are the pointers:

Why is it not good for Singapore to be holding this summit?

Conclusion: We can’t make everyone happy, but it shows the general feeling on the ground

This cost of hosting this summit might have sparked off a string of discussions, but a general feel that we get is that most Singaporeans believed that hosting the summit is more good than bad.

As a country that is rather dependent on diplomatic ties to survive, we can all recognise the importance of having to host this summit (since we cannot really say “no” when asked). The impact may not be direct and certain, but in the long-run, we know that the publicity will benefit us if we hold this event well.

On top of that, Singapore’s ability to hastily organise an event of such scale has been labeled as remarkable by many.

If there is only pros when it comes to organising this summit, why are there netizen complaining?

We believe that there is more to the online disagreement. It is a representation of the general happiness of some of the citizens such that they are always keeping a close watch on the government’s spendings. The lack of avenues to complain makes online the most immediate place to vent their unhappiness.

Further Reading: What is going on between North Korea and the US?

For those who know little about what on Earth is going on with the two countries, here’s a little breakdown of what went down in history between North Korea and the US to get you up to speed (just so you can understand what’s up with the summit, and in case your Tinder dates start asking).

This conflict goes way back to around 70 years ago.