On Wednesday (24 Mar 2021), the U.S. Securities and Exchange Commission (SEC) announced in a statement that it is close to implementing the HFCAA; a law that was passed on 18 Dec 2020 near the end of the Trump administration.

This implementation could lead to delistings of Chinese companies on U.S. exchanges that do not comply with the U.S. government’s stringent regulatory and audit requirements.

This might also prevent Chinese companies from listing shares on US exchanges or raising money from US investors.

Most notably, companies are required to:

This will be problematic for the U.S. listed Chinese companies as the China Securities Regulatory Commission does not allow foreign entities to audit their documents without permission; citing national security concerns and laws.

China’s Foreign Ministry spokeswoman Hua Chunying spoke out against the decision stating that it would harm the standing of U.S. capital markets. Hua also added that this decision is:

“clearly discriminatory against Chinese companies, it is wanton political suppression of Chinese companies listed in the US.” and “it deprives the U.S. public and investors in sharing in Chinese businesses’ growth. It will harm the U.S.’s position as a capital market.

“We urge the U.S. to stop politicizing security regulation, stop discriminating practices against Chinese companies, and provide a fair just and non-discriminatory business environment for all businesses listed in the U.S.”

According to a report compiled by U.S. investment bank Jefferies, this hostile regulatory environment could see about 31 Chinese companies potentially migrating to the Stock Exchange of Hong Kong (SEHK).

But what does this situation mean for investors and the top U.S. listed Chinese stocks?

Here is what investors need to know.

Clearly, the company that is set to benefit the most from this whole situation is Hong Kong Exchanges and Clearing (HKEX), the company behind the Stock Exchange of Hong Kong Limited (SEHK) and Hong Kong Futures Exchange Limited (HKFE).

In May 2020, the company was buoyed by the announcement that for the first time in its 50 year history, the Hang Seng index (HSI) will allow companies that have primary listings overseas and those with a dual-class share structure to be included in the benchmark index.

Also, thhe HKEX made news last year when MSCI announced it would move to license for derivatives products on a host of gauges from Singapore to Hong Kong in 2021.

This situation will be hugely beneficial for HKEX as the potential migration of these Chinese companies back to Hong Kong will be great for business.

P.S. Check out my colleague Sudhan’s analysis and comparison of the HKEX and SGX  if you want to find out more.

Currently, the stock is performing well as it is up 12.8% year to date and is slightly lower than its highest level in 2018.

Already some U.S. listed Chinese companies have started offering a secondary listing on the SEHK.

The company has an ADR American Depositary Receipt (ADR) listing on the New York Stock Exchange (NYSE) with the ticker symbol NYSE: BABA since 2014.

FYI: According to Investopedia, ‘an American depositary receipt (ADR) is a certificate issued by a U.S. bank that represents shares in foreign stock.’

On November 2019, it offered a secondary listing on the SEHK with ticker symbol HKG: 9988.

Jack Ma’s Alibaba Group is the biggest company in China by market capitalisation, with a market cap of about US$597.2 billion (S$831.5 billion) at the time of writing.

They are also the largest business to consumer (B2C) online retailer in China.

There are a few aspects to their business:

The company is also closely affiliated with Ant Group which had its IPO suspended last year.

After the SEC announcement on Wednesday, Alibaba’s ADR stock price plunged about 6% (as of 25 Mar 2021 close).

NetEase develops and operates some of China’s most popular mobile and PC-client games and has started expanding into Japan and North America.

The company also partners with internationally renowned game developers like Blizzard Entertainment and Mojang AB (a Microsoft subsidiary), to operate globally renowned games like Overwatch and Minecraft in China

The company which is listed on the NASDAQ as an ADR with ticker symbol NASDAQ: NTES, started its secondary listing on the SEHK last Thursday (11 Jun 2020) with the ticker symbol HKG: 9999.

The company is estimated to have raised at least US$2.7 billion (S$3.7 billion) for its secondary listing which was over 360 times subscribed.

In a similar move, e-commerce company JD.com NASDAQ: JD carried out a secondary listing in Hong Kong back in June 2020 with ticker symbol HKG: 9618

Think the Chinese version of Amazon.

The company is China’s second-largest B2C online retailer and is the main competitor to the Alibaba run Tmall.

The company claims that it has 32 million active users that purchase its wide range of products, which range from electronics, apparel, electrical appliances, food, and virtually anything you can think of.

It even has its own logistics arm JD Logistics which fulfils the company’s orders as well as fulfilling orders from external companies as well.

Baidu (NASDQ: BIDU) has often been called the ‘Google’ of China for good reason. 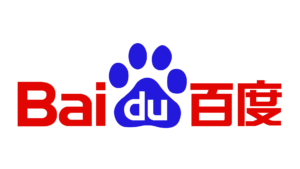 The company is known for its search engine, internet-related services and products, machine learning and artificial intelligence (AI).

With Google services like the search engine, email and more being blocked by the Chinese government, Baidu is the leading search engine in China with roughly 71% market share according to Statcounter.

Surprisingly, Baidu does not have a monopoly on search as there are other competitors vying for eyeballs as well. Their next biggest competitors Sogou has a 16.7% market share while Haosou has 3.8%.

But the other companies can’t match the company’s enormous footprint and the economic moats it has built over the years with regards to their experience and technological competitive advantage.

However, the last few years from mid-2018 to now have not been the best as the company is seen to be lagging behind Alibaba and Tencent.

The company managed to raise about US$3.1 billion for its secondary Hong Kong listing which was one of the biggest in recent times since NetEase’s listing in June 2020.

Going forward. I would think that the US would not be the first choice for Chinese tech IPOs as many companies have already carried out secondary listings in Hong Kong.

Despite the Chinese Foreign Ministry’s strong comments, the U.S. capital markets still remain an attractive destination to raise capital for many Chinese companies.

This is speculation on my part but I would think that it is in both sides best interest to negotiate a favourable deal for both parties.

However, this delisting risk is what you have to take into account when doing your due diligence on these Chinese companies.

To avoid this risk, you can consider buying the Hong Kong-listed shares of these companies instead.

In the short term, these Chinese companies share price could be quite volatile due to the announcement. So do proceed with caution if you are considering investing in them.

But, if you have done your due diligence and are still bullish about these Chinese companies over the long term, the fall in share prices due to the news could represent a buying opportunity to add these stocks to your portfolio.