30 August 1930 is the birthday of Warren Buffett. To celebrate the 90th year of his extraordinary life, here are some of my favourite stories about him.

Warren Buffett is one of my heroes, not just in investing, but also in life.

On 30 August 2020, he turned an amazing 90 years old. But as his dear friend Bill Gates notes that Buffett

“has the mental sharpness of a 30-year-old, the mischievous laugh of a 10-year-old, and the diet of a 6-year-old.”

To celebrate Buffett’s extraordinary life, I want to share a few of my favourite stories about him.

Story One: Philanthropy and the Meaning of Wealth

In August 2014, Buffett, together with his friends Bill and Melinda Gates, created The Giving Pledge, a movement that encourages society’s wealthiest individuals to pledge the majority of their immense wealth to philanthropic causes. 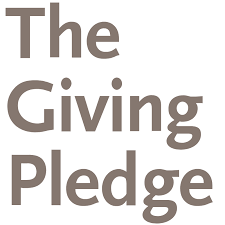 According to a July 2020 New York Times article, Buffett has donated at least US$37 billion to philanthropic causes since his 2006 pledge.

For me, the admirable actions of Buffett and the Gateses are a reminder to myself that the accumulation of wealth gains meaning only if it’s used to better the lives of others and not for purely hedonistic personal enjoyment.

In 1983, Buffett acquired 90% of The Nebraska Furniture Mart from the then-89-year-old Rose Blumkin (popularly known as Mrs B) for US$55 million.

When he made the acquisition, he did not request for an audit of Nebraska Furniture Mart’s business, take an inventory, verify the receivables, nor check the company’s property titles. The contract was just over one page long.

Buffett had full trust in Blumkin’s character. It’s easy to see why. In 1950, Blumkin was sued by competitors who complained that she was engaging in unfair trading by offering low prices for furniture to consumers. This is how she responded:

“I went to Marshall Field in Chicago. I tell them I need 3,000 yards of carpet for an apartment building — I got, actually, an apartment building. I buy it from Marshall Field for $3 a yard, I sell it for $3.95 a yard. Three lawyers from Mohawk take me into court, suing me for unfair trade — they’re selling for $7.95. Three lawyers and me with my English. I go to the judge and say, ‘Judge, I sell everything 10 percent above cost, what’s wrong? I don’t rob my customers?’ He throws out the case. The next day, he comes in and buys $1,400 worth. I take out an ad with the whole case and put it in the Omaha World-Herald: ‘Here’s proof how I sell my customers.”

In July 2020, I published the article, The Fascinating Facts Behind Warren Buffett’s Best Investment. It discusses Buffett’s investment in The Washington Post Company (WPC), now known as Graham Holdings Company, in the 1970s.

It’s one of my favourite Buffett stories for two reasons.

Second, WPC’s share price actually fell by more than 20% shortly after Buffett invested, and then stayed there for three years.

This article will never be seen by Warren Buffett, but I hope my birthday wishes for him can still be received by him in some way or another.