What Is PEG Ratio?
28
shares 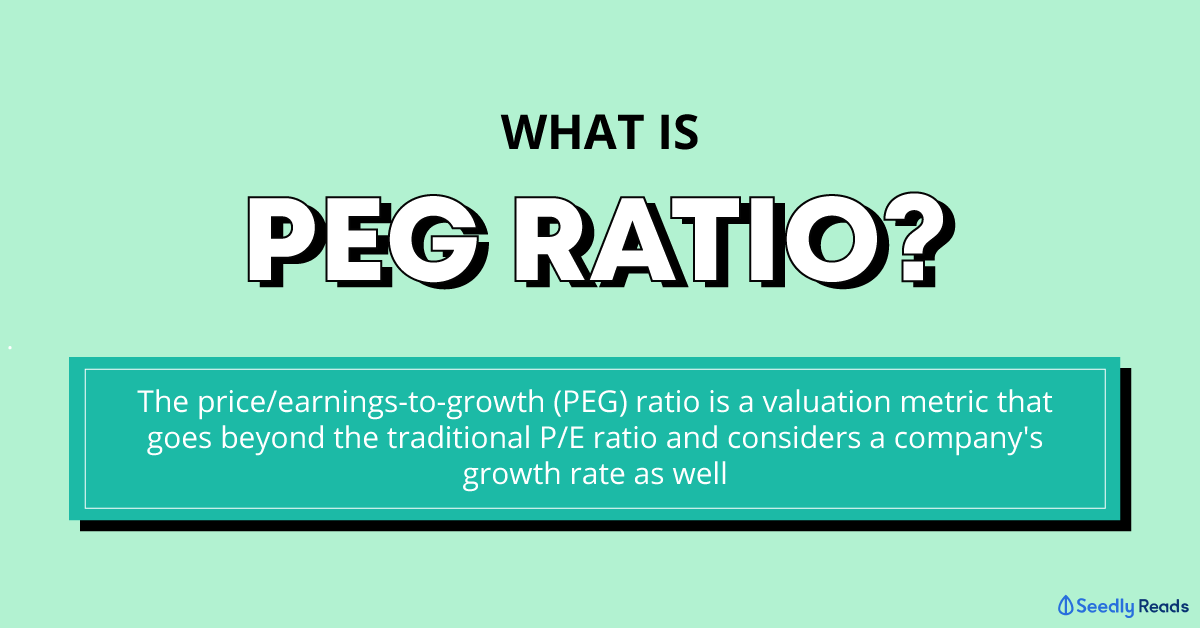 What Is PEG Ratio?

What Is PEG Ratio?

The price/earnings-to-growth (PEG) ratio is a valuation metric that takes into consideration a company’s growth rate as well, beyond the plain-vanilla price-to-earnings (P/E) ratio.

For example, a growing tech company may have a very high P/E ratio and could be dismissed as being overvalued.

However, by calculating the PEG ratio on the same stock, it may indicate that the stock may still be a good buy.

With the PEG ratio, a company’s growth rate is put into perspective to give a more representative valuation figure.

The PEG ratio was popularised by the famed investor, Peter Lynch.

To calculate the PEG ratio, we take a company’s P/E ratio and divide it by its earnings per share (EPS) growth rate.

Just like EPS, the EPS growth rate can come in two forms.

If the EPS growth rate takes into account the last 12 months data, this PEG ratio is known as the “trailing PEG”.

On the other hand, if the growth rate is a projected one for the foreseeable future, then we have the “forward PEG”.

How to Make Sense of a Company’s PEG Ratio?

In general, the lower the PEG ratio, the better it is.

If a company’s P/E ratio and its expected growth rate are equal, its PEG ratio is 1x and it means that the company’s stock is fairly valued.

A stock’s PEG ratio can also be compared with companies in the same industry to see which is worth buying.