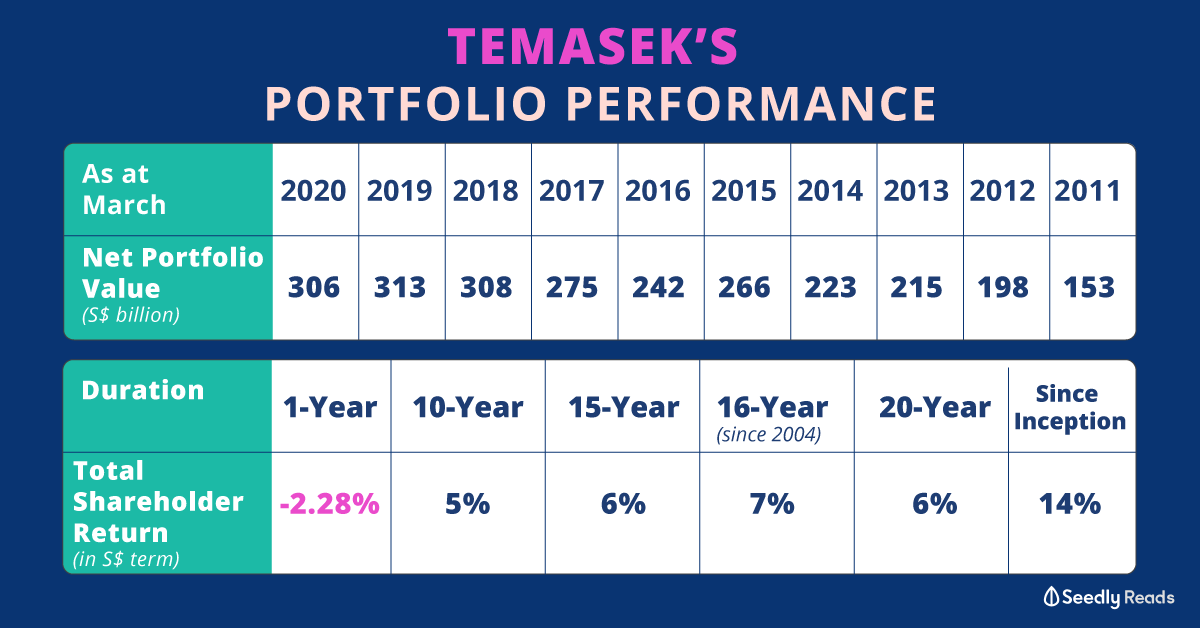 Temasek has just announced that it closed the financial year ended 31 March 2020 with a Net Portfolio Value (NPV) of S$306 billion. This value is the same as its preliminary portfolio performance.

Here are some take away from this announcement.

We see a slight decrease in One-Year Total Shareholder Return (TSR) of 2.28%, which seems reasonable for such a climate. Most people would have expected a worse result.

Do note that TSR takes into account all dividends distributed to the shareholder, less any capital injections. The Total Shareholder Return since 1974 was an annualised return of 14% compounded over 46 years; 20-year TSR was 6%, and 10-year TSR was 5%.

During the year, Temasek

Over the last 16 years

If we zoom out to have a longer-term view on this, Temasek’s net portfolio value (NPV) tripled over the last 16 years. From S$90 billion as at 31 March 2004.

Temasek Portfolio vs Indexes Around the World

Here’s the Net Portfolio Value (NPV) of Temasek over the past 10 years: Overall, Temasek’s portfolio has been quite resilient to crises as compared to some of the indexes in terms of past performance. While past performances do not necessarily depict future performances, we thought the track record seems rather healthy.

There are definitely things we can learn from the way Temasek invests.