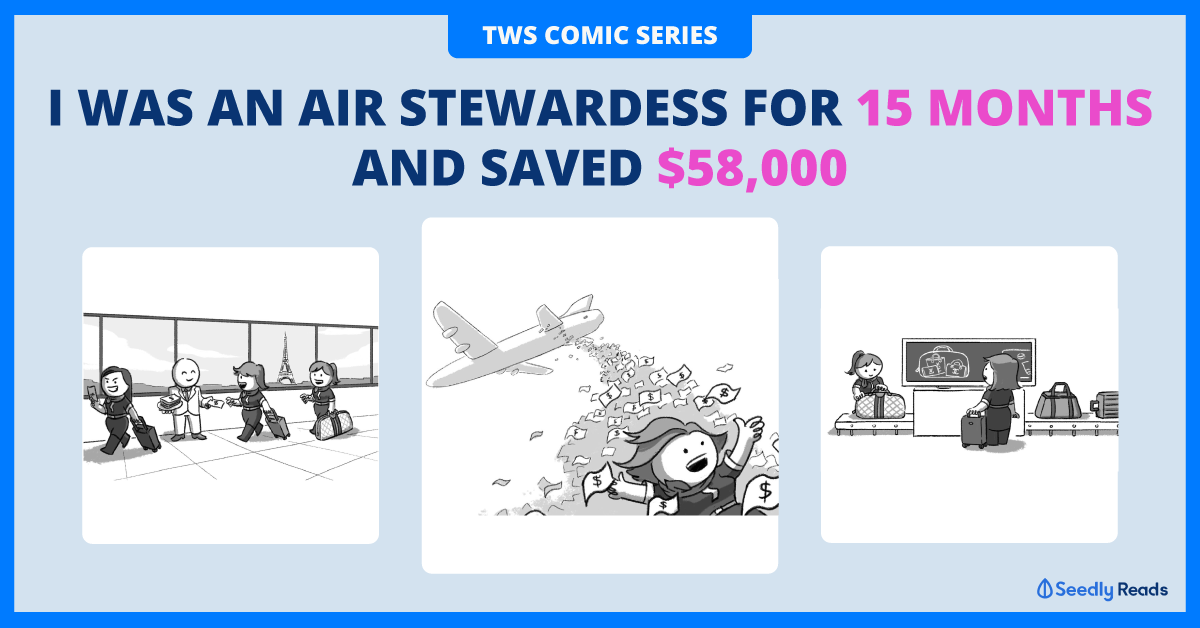 This article is a contribution by one of The Woke Salaryman’s readers, and reflects on the experience of a flight attendant.

In 2018, I decided to become an air stewardess.

I had graduated earlier that year with an arts degree – and being a junior designer didn’t pay quite enough.

Especially when I had a student debt to service.

People don’t usually associate the job as one for savers, but I’ve managed to amass $58,000 after about 15 months of working.

Whether or not you’re still working as a flight attendant or are thinking of joining, this is what you need to be prepared for.

That amount of money was pretty sizeable for a fresh grad, considering an arts degree will probably get you around $3,100 in the job market.

To avoid overspending, I transferred a portion of my salary to a high yield savings account every payday so that I don’t see the money; and worked around with whatever’s left.

After getting into the habit of saving for about six months, I realised I was saving an average of $3,500 per month.

Having a Solid Side Hustle

Apart from being paid decently, I had another way of earning some extra income.

For our job, we receive our roster two months in advance and we often swap among ourselves for more desirable destinations, or for off-days when we have personal matters to attend to.

The market rate for ‘buying’ an off day costs between $150 for a KL turnaround, to $400 for a HK turnaround.

This means that on top of the pay you’ll receive for doing the flight, you’re able to get an additional $150-$400.

This was roughly what the rates were, before COVID-19 hit.

This would also be largely based on your situation and experience.

Being Effectively Paid to Travel 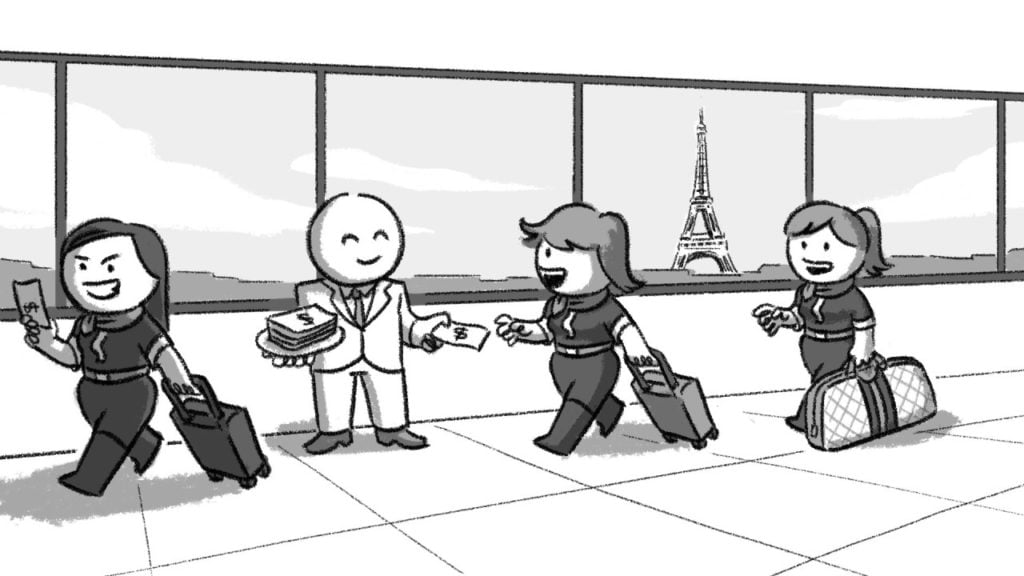 One of the best perks of being an aircrew?

Being able to travel to various exotic destinations for free.

There was once we had six days to spend in Los Angeles, and a colleague and I booked a flight to Vegas during the layover and had a mini-vacation.

We visited the Grand Canyon in Arizona, and various attractions in the national park for less than $700, when a direct flight from Singapore to the US would have already cost more than $1,000 for an adult.

But There Are Many Reasons Making It Hard to Save

It is therefore important to save more on months where we have more lucrative routes, to make up for the shortfall on months with shorter operating patterns.

It’s easy to forget the importance of saving when you’re always getting a constant stream of money.

Most salarymen live paycheck to paycheck.

Many aircrew live week to week.

Though most developed countries now accept card payments, it is important to carry some cash with you as it’s more convenient when it comes to splitting bills and tipping (a common practice in western countries).

Imagine every other payday where you have to withdraw the cash to exchange for foreign currencies for your subsequent trips.

Being on annual leave means losing that portion of income.

I remember my very first block of annual leave of 10 days, which left me drawing less than 60% of my usual payslip.

Only our basic salary and hourly rates (approx $1.2k and $10 per hour respectively) are CPF deductible.

This means that our employer only pays 17% on those 2 components and not on meal allowance.

This adds up to approximately $500.

Therefore, the amount of our take-home wage VS CPF contribution is very disproportionate.

If you want to have kids, there are no maternity or paternity benefits.

You’d need to resign when you leave the job, and apply as ‘returning crew’ when you rejoin – effectively restarting your job progression.

This has a greater impact on women, as one has to leave during pregnancy.

Also, you can be barred from flying if you bust a certain BMI, or don’t look ‘presentable.’

These include things that are beyond your control – like acne breakouts.

We sign contracts of five years each and unless we get promoted, the maximum time we can stay in service is four contracts, or twenty years.

Each promotion grants you one more contract, but promotion is notoriously difficult, with many crew taking 11-13 years just to go up one rank.

Now, if all these sound daunting enough, there are also non-organisational reasons many aircrews remain broke AF. Here are some that I remember.

Socialising often involves expensive meals where people ‘order to share’, resulting in unequal splitting of bills – where you pay for items you didn’t even eat.

You’ll also be outcasted for not joining such events, especially if you are new.

I’ve previously been reprimanded by a chief steward for not being ‘spontaneous’ when I skipped a drinking ‘bonding session’.

His claim was that acts like these actually affected the morale and rapport of fellow crew members.

There is a perceived importance of hanging out in bars till late, and paying for overpriced $7 apple juice in this line of work. 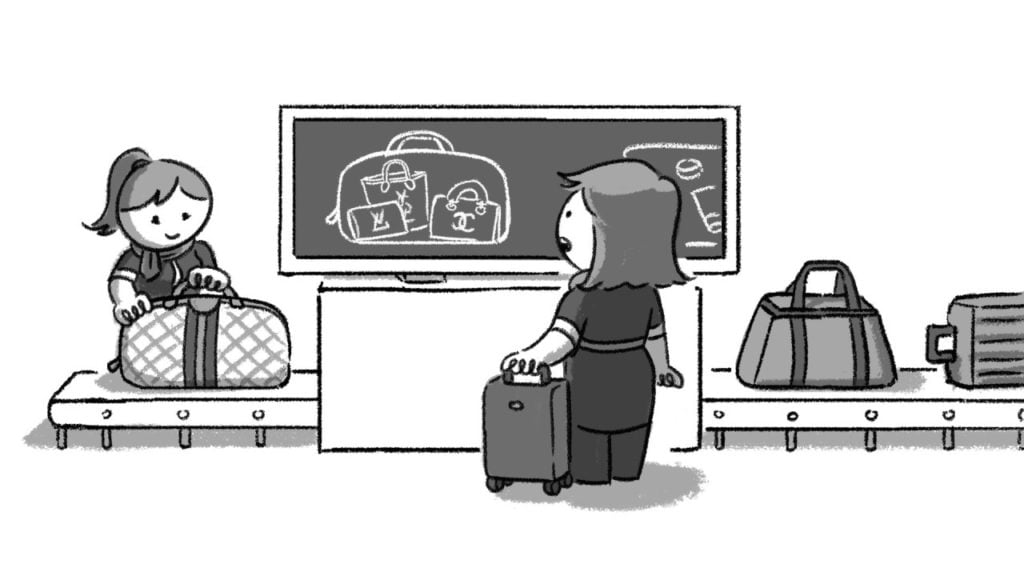 While I saved up furiously to accumulate over $50,000 within 1 ½ years, many of my peers have spent their hard-earned money buying luxury handbags at outlet malls all over the world.

On my first rostered trip to Europe, I followed a couple of seniors around to shop for luxury bags.

One of them asked why I didn’t buy luxury items.

When I replied that I wasn’t interested in such things, another actually mocked me by replying “Maybe she wants to save 100k.” 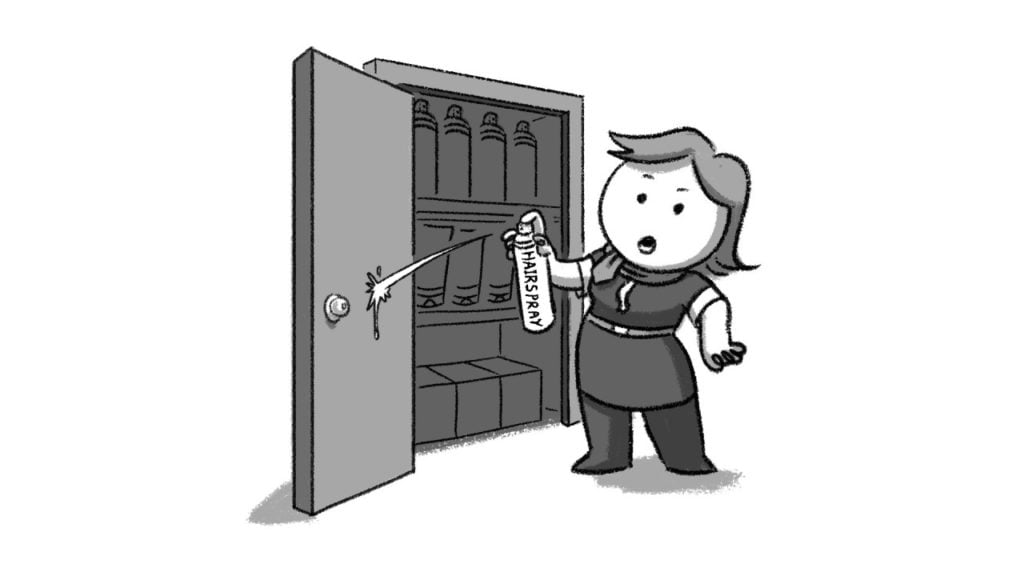 Most goods available in Singapore are imported and hence carry a hefty price tag.

When we travel to the countries of origin, the prices are much more attractive.

These include skincare and cosmetics (especially for products we use for work like hairspray, nail polish, and makeup), food and snacks, supplements, or other commodities.

Hence, we tend to overcompensate by purchasing more than we need and hoarding the items, occasionally to a point they expire.

As a result, we waste more money on unused products as compared to paying for local marked-up prices, ironically.

I once met a crew who spent so much money in a day that her card won’t go through.

In summary, her bank thought she got robbed.

She had to call them to authorize her subsequent transactions.

Being an aircrew changes your lifestyle habits in many ways.

For instance, we are not allowed to take public transport when in uniform.

Hence, most of us will cab or grab to work, to save the hassle of having to change into and out of uniforms when reporting to and from work.

Over time, it’s easy to get into this habit of cabbing everywhere – even when you’re out of uniform.

However, I did manage to strike up a deal with a GrabHitch Driver who would send me to the airport at half price, and managed to save some money.

Also, as tap water might have a higher amount of chlorine on planes (for sanitary purposes), we also develop an unhealthy addiction to bottled water.

You’ll find us buying bottled water even when there are perfectly okay and free water dispensers around.

Note: The chlorine in water isn’t a health hazard for normal travelers who fly 3-4 times a year, but if you drink it every day, it becomes one.

As such, you can expect all of these little costs to add up in the long term.

Have an Exit Strategy Even Before Joining

You might think I regret my decision to be an aircrew after everything I’ve written, but this couldn’t be further from the truth.

This is one job I never found myself dragging out of bed to go to.

The opportunity to be paid to travel in your 20s is insane too.

That being said, the golden era of aircrew is over.

Salaries in the industry have stagnated for the last 15 years, and even our highly lucrative meal allowance seems to be on the decline.

This isn’t a career path to stay long term.

This was also why I saved intensely – I most certainly would have to take a pay cut when I leave, but I’ll have some money to tide me through that.

Being an aircrew allows you to power up your earning power relatively easily at a young age.

However, you must also recognise that you have a max of 30 years in this job.

We think that this is a job ideal for people in their early 20s.

In addition, earning $5,000 in your twenties is glamorous, but it gradually loses its shine when you enter your 30s and 40s.

Especially if you take on more financial responsibilities.

That said, because you start early, you’d have quite a big headstart vs your peers.

Not shabby at all.

Not a bad amount to have in your 30s, though your CPF would still be lacking.

The idea here is to build a strong financial foundation before you proceed to the next phase of your life.  That way, you could invest in yourself by either going back to school to get certified or start a business.

But first, you got to get your money right.

And pray that COVID-19 doesn’t clip your wings.