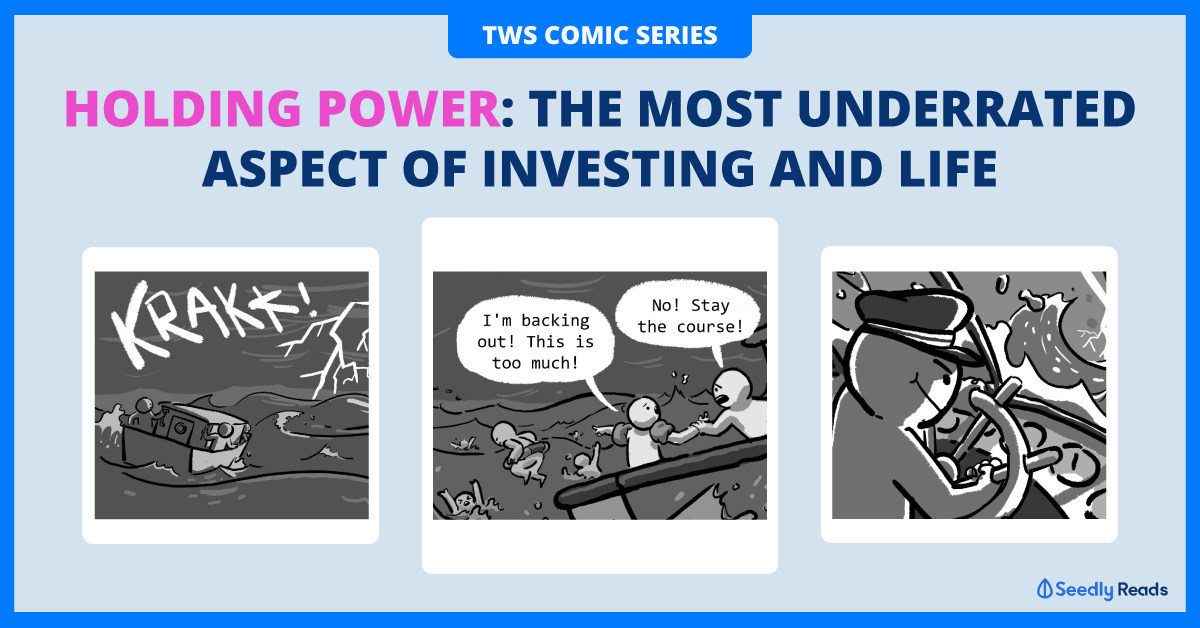 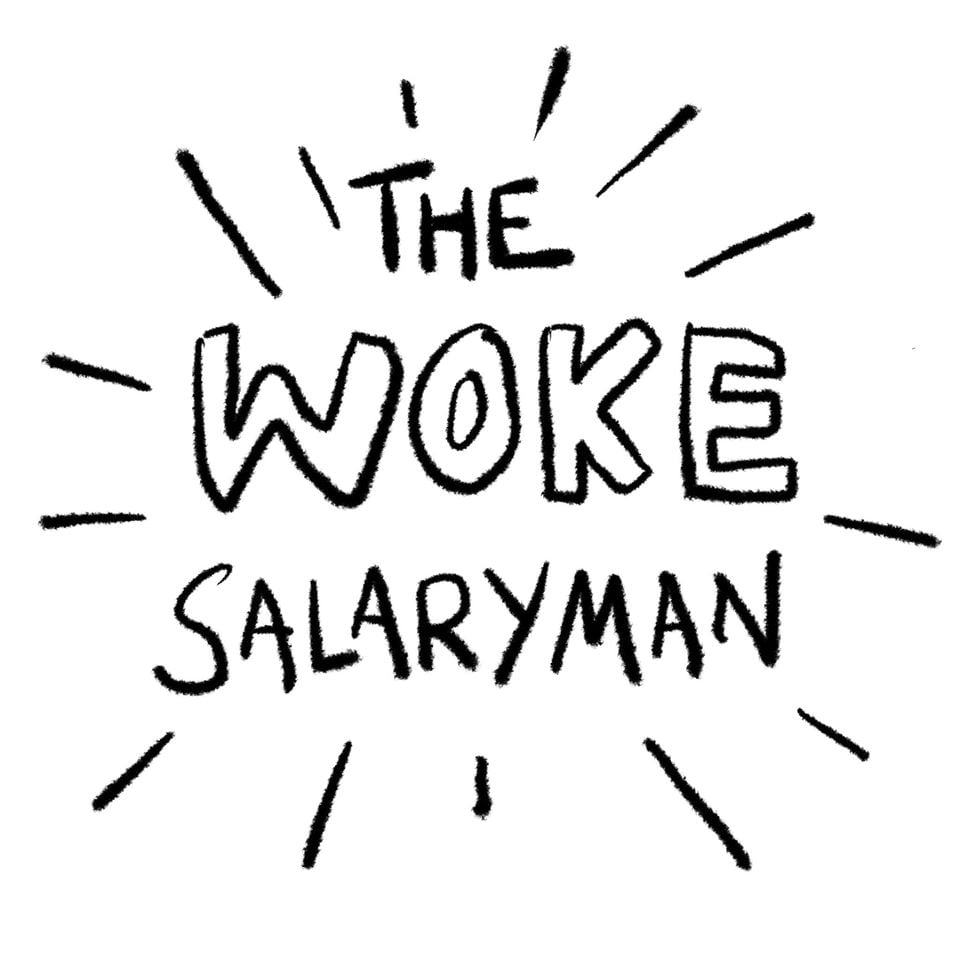 Markets are crashing and it seems like a recession is imminent. 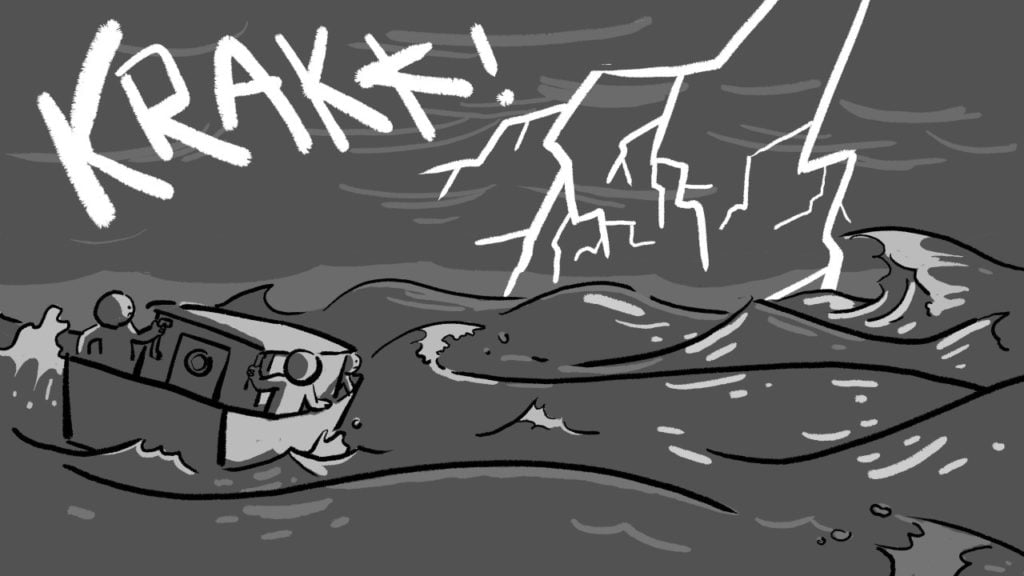 But if you are long term passive investors, like us, who invest in multiple capitalist economies around the world.

You can take comfort in the fact that “markets always rise” and this is just another economic cycle.

After all, if major world indexes don’t recover, then you’ll have bigger problems to worry about, amirite?

Now, let’s look at one of the most world’s most well-known indexes, America’s S&P 500.

March’s dip looks like an absolute disaster when you compare it to January. It looks even scarier when you look at the past year. But if you look at it from a five-year view, it’s just another dip in a long and ongoing series of dips (read: part of life): 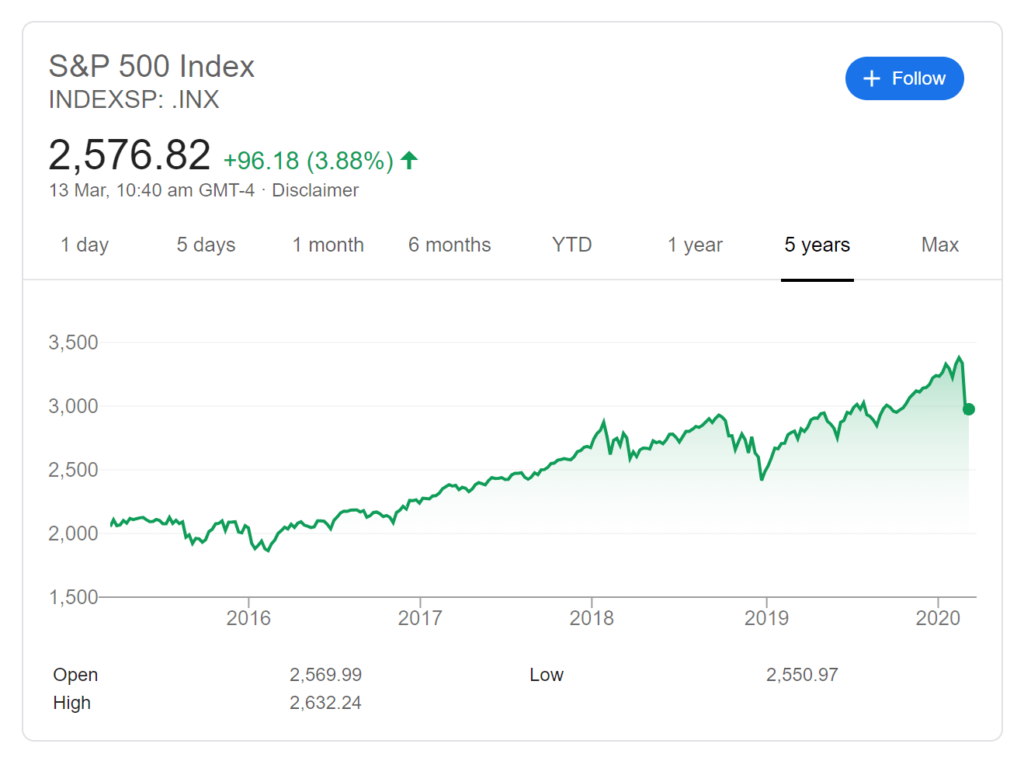 And if you contextualise the recent dip in the entire history of the S&P500, it’s just a laughable little blip. 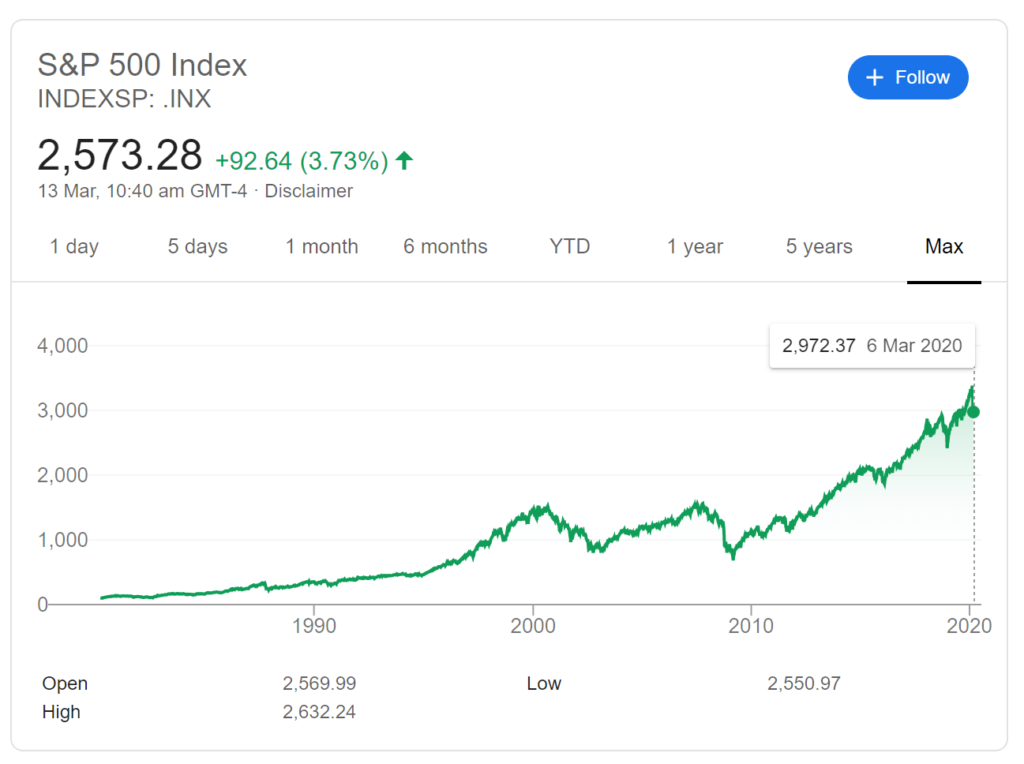 At this point, some of you will ask us, “What if the markets never recover?”

You might start thinking that nothing grows forever and the economic cycle is dead.

Soon after, you abandon your long-term mindset, sell off all your stocks, and turn your paper losses into real ones. 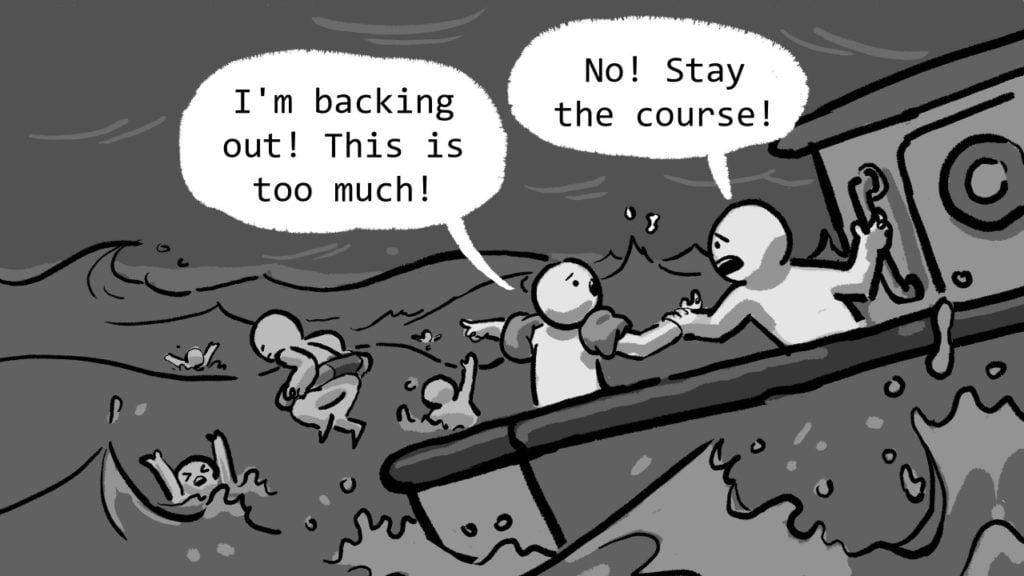 That’s what we believe in, anyway.

The day our money in S&P 500 or MSCI World Index is worth 0, would be the day capitalism stops existing.

That type of upheaval would also mean you should start working on another set of skills, like:

Most Singaporeans won’t survive a scenario like that anyway…

So let’s talk about how you can ride out the conventional recession instead: by building your holding power.

Holding Power is EVERYTHING 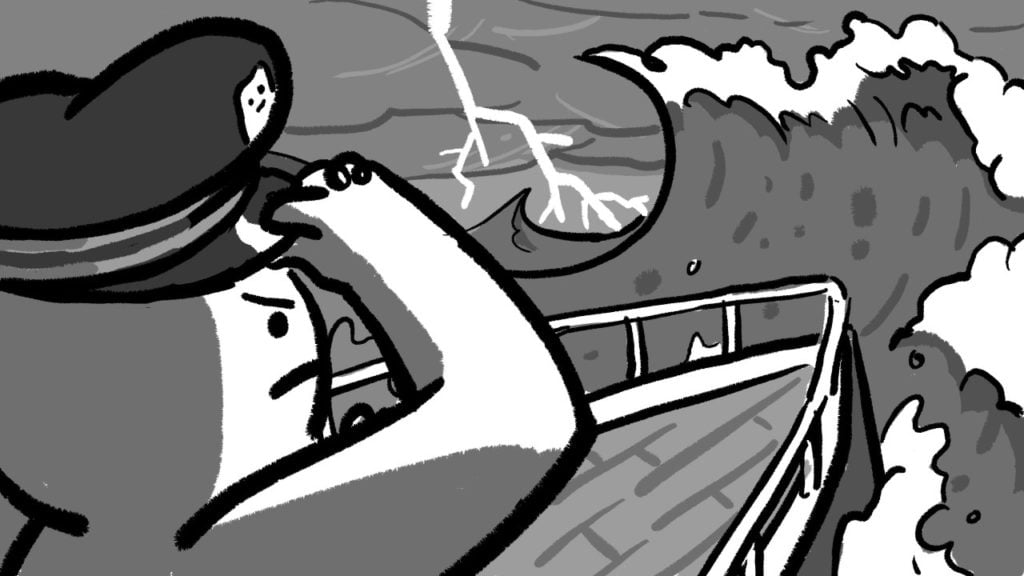 Holding power is how long you can hold on to your investments without selling them. People always fuss about what companies to buy, whether or not to use a robo-advisor or which broker to use.

Nobody talks about holding power because it’s not sexy – until it is.

A wealthy person looks at the recession and sees an opportunity.

Knowing that it’s part of how the universe works.

A poor person looks at the recession and sees hell and uncertainty.

If you have enough holding power, you can ride out any crisis and it will be business as usual with no changes in your lifestyle.

But if you don’t, be prepared to lose sleep, cancel your holidays, lose all your investments and (potentially) sell your home at a loss.

We don’t know how long the next crisis will last, so let’s round that up to two years.

(But if you want to be really, really safe, there is no fault in prepping for a much longer duration.)

Now, this is the time you need your emergency savings to last — you don’t have control over the global economy, but you can manage how long you can stay afloat.

How Can My Savings Last Two Years?

Remember when we nagged you to have six months of income before you started to invest?

This is exactly why.

If you spent 50% of your salary as expenses, six months of income could be stretched out to a year. Not too shabby.

That’s 365 days before you have to lose money. Pretty good.

But if you spent 20% of your salary, then this amount will last you, far, far, longer.

If you cycled to work instead of getting a car, your holding power would be further extended.

If you had an affordable wedding instead of an expensive one, you’d have less debt to deal with.

If you’re used to one big holiday a year instead of many small ones, then skipping one this year will be painless.

If you had bought a house that was what you could afford, you’d be able to easily hang on to it.

Do you see where I’m getting at?

These are all topics we’ve all written about before — being a Woke Salaryman prepares you for recession.

It demands sacrifices of you during peacetime, so when a recession comes, you can easily weather the storm. 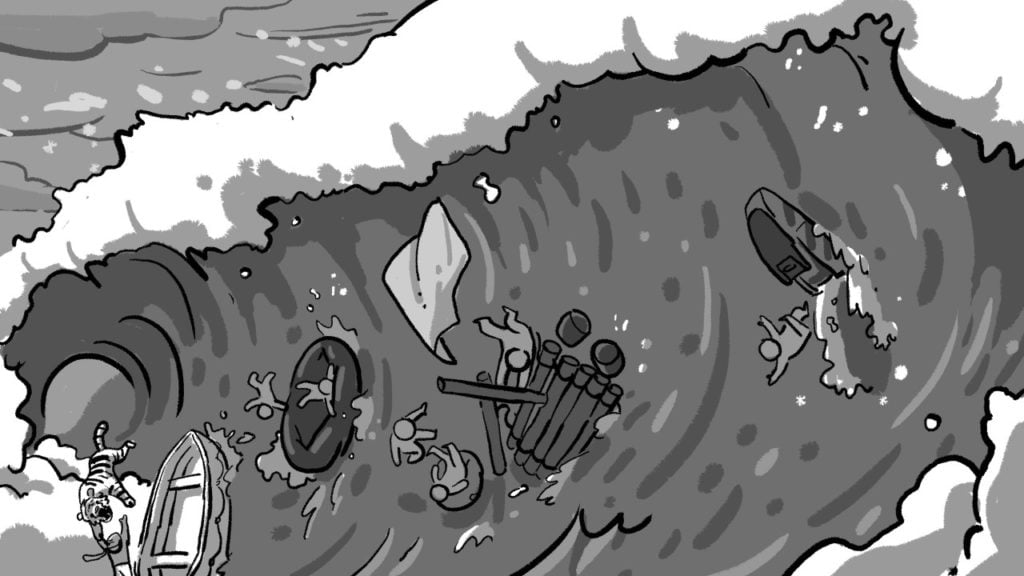 The naysayers who questioned your prudent habits?

The ones who said money isn’t important?

The ones who wanted to YOLO and spend beyond their means?

They’ll be shaking at the prospect of a long recession and losing their jobs.

Look, if a recession doesn’t come this year, then great; everyone will have more time to prepare.

You might even save some of your friends from misery. 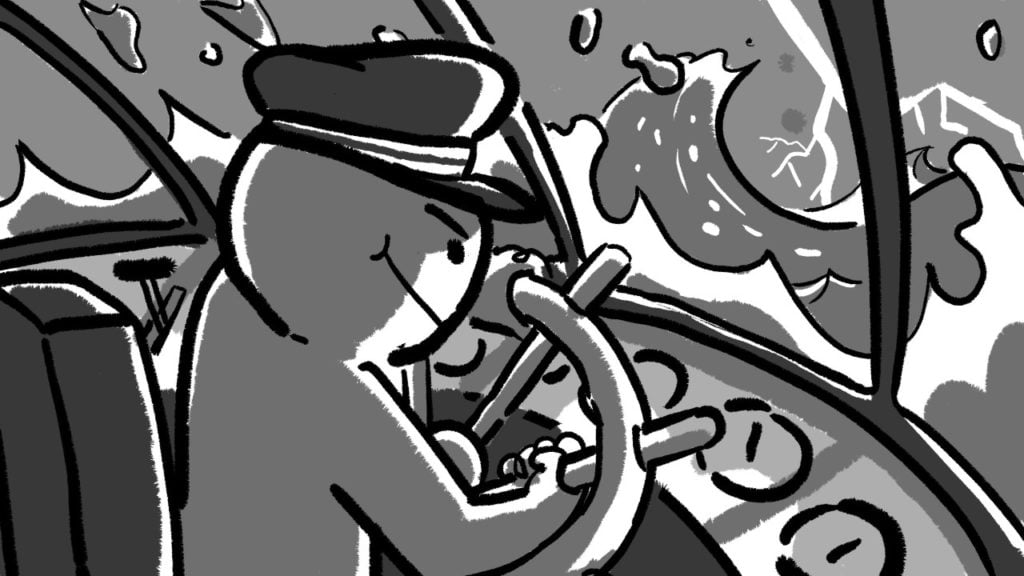 But if it does, relax.

This is what you’ve been waiting for.

This is your time to shine.