10 Revelations Which Helped Me Rethink My Finances in My 20s 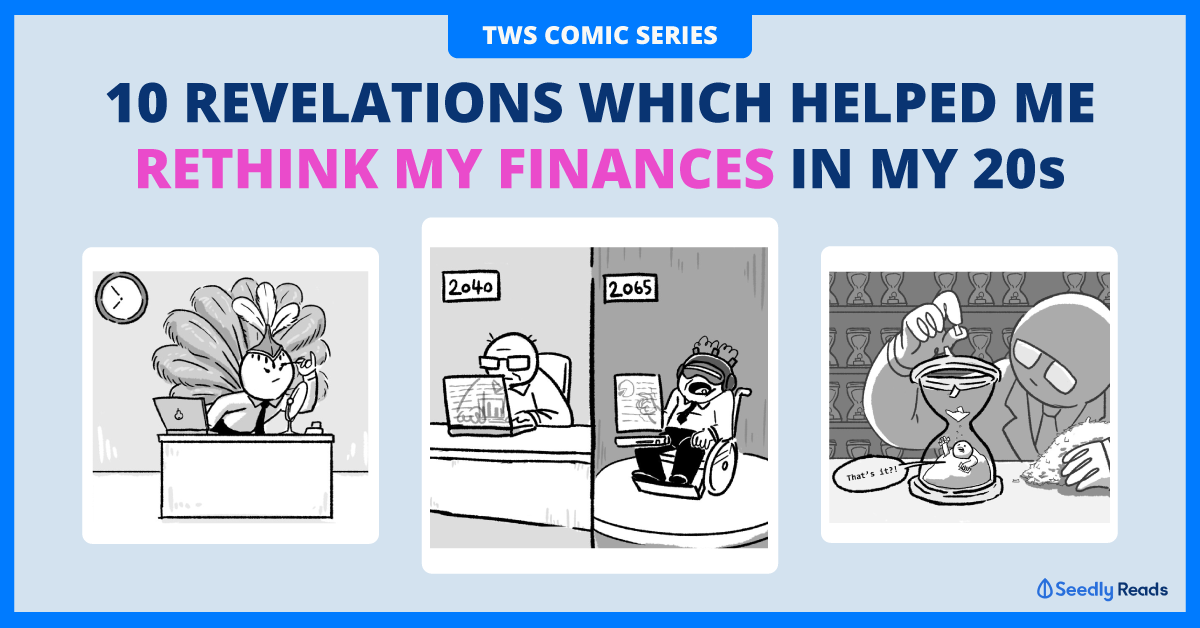 10 Revelations Which Helped Me Rethink My Finances in My 20s

We often get questions from people about whether they have enough money at their age.

These are questions like “how much money should I have at 25?”

My humble opinion is that when you’re young, how much money you have in your bank account doesn’t matter as much as the ways you think about money.

That’s why instead of putting the focus on how much I saved each year, this article is about the major life lessons in my twenties and how I came to learn them.

If you’re reading all these when you’re in university, then you’re in a great position to avoid most of my mistakes.

Because learning from experience sucks balls.

Now, before you continue, I want to make things clear that this article isn’t “do all these things and be rich”.

But more of “here are some helpful things you realise while you try to be financially free”. 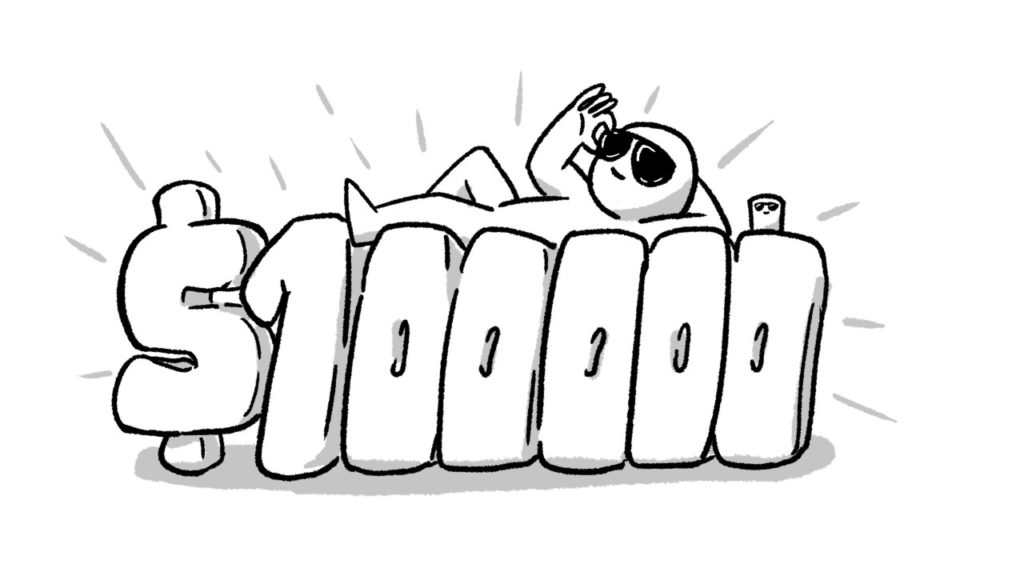 At my first job in 2014, I realised that indeed the adults were right and “money is hard to earn.”

The transition from being a student to salaryman was hard, and I sought the fastest way out of working life possible.

Each $4,000 would mean one month without working.

Six months off every year.

Wouldn’t that be amazing?

I decided to take on as much freelance work as possible to help me reach that first $100,000.

“Working till old age was something I’d like to avoid” 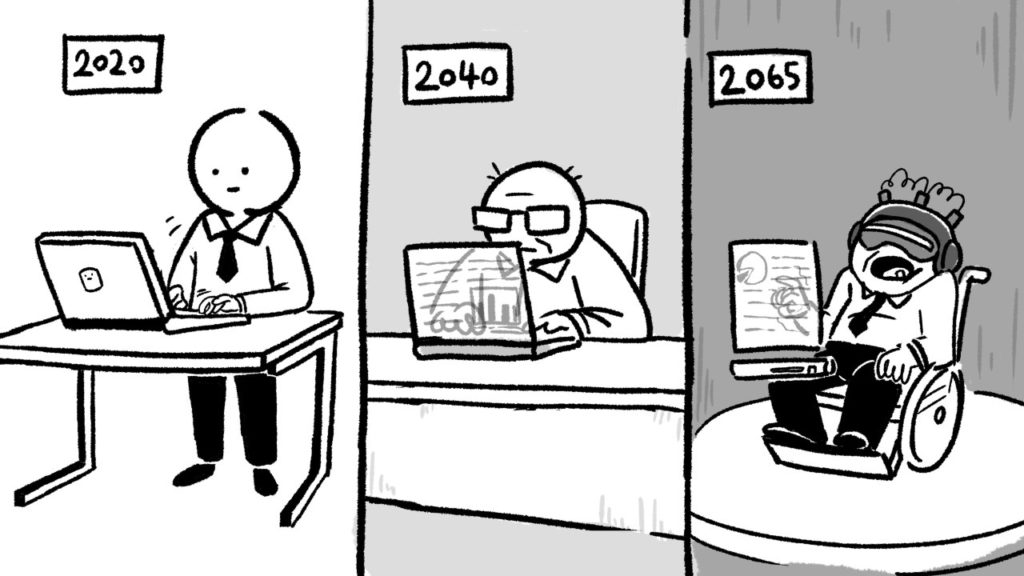 My mom had a crippling stroke in 2014 which left her unable to bathe, eat or walk by herself.

This was an event that shaped my perspective on life tremendously.

Armed with nothing but two PSLE passes, mom had worked immensely hard for 40 years.

She hustled hard to give her kids the best life possible.

And long after we grew up, so insisted on working because she wanted additional financial security.

Now, she would never go on holidays or those morning jogs she so enjoyed for the rest of her life.

Seeing this made me realise I wanted to quit the rat race with enough of my health intact.

This also pushed me towards the F.I.R.E movement.

The idea was to secure financial freedom early, then work at a leisurely pace doing work that made me happy all the way till I die.

“If you’re not wealthy, you might have to work for shitty people.” My earliest side hustle was to work at a hostel on weekends for about $6 an hour. I earned about $48 per weekend.

The pay was miserable but I had no other skills.

The boss monitored staff through a CCTV, verbally abused his staff and was generally a rich entitled brat.

(He could afford the hostel because his dad had given him some seed funding.)

This made me see firsthand that the poor will always be at the mercy of the rich.

So I swore to become wealthy enough that I could always choose who I worked for. 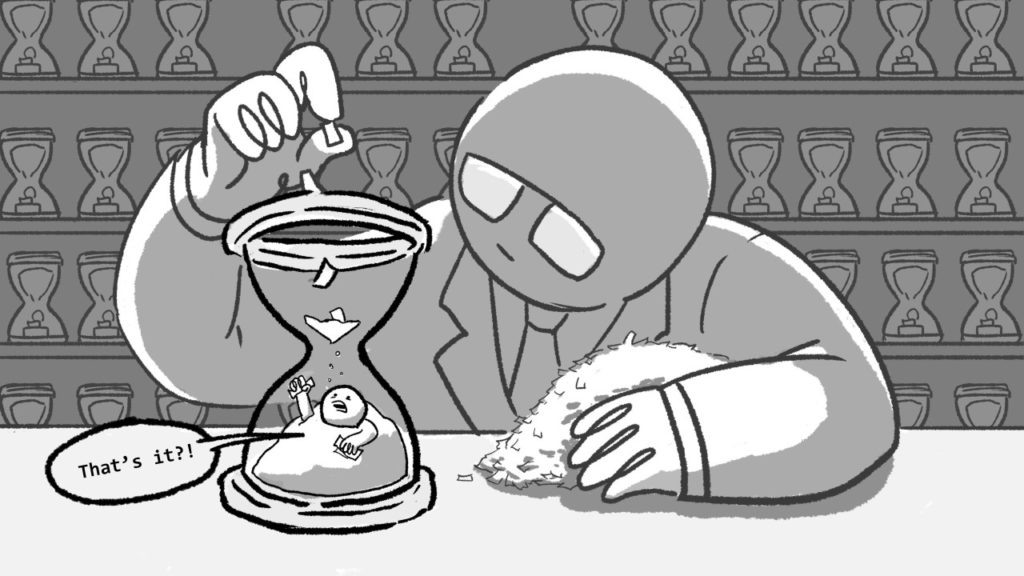 Towards the end of 2014, I joined the advertising industry, famed for its long working hours.

My colleagues were fun, the clients were not terrible, and I had a great boss.

But pulling multiple all-nighters made me discover the law of diminishing returns.

Even if your boss wants to give you an increment, some HQ office in Paris will say, “no, he needs to follow the progression like everyone else.”

So it simply didn’t make sense to spend too much time at work after a certain point.

Afterwards, I made it a point to leave at 9 pm on the dot everyday.

“Your day job isn’t the only way to make money” 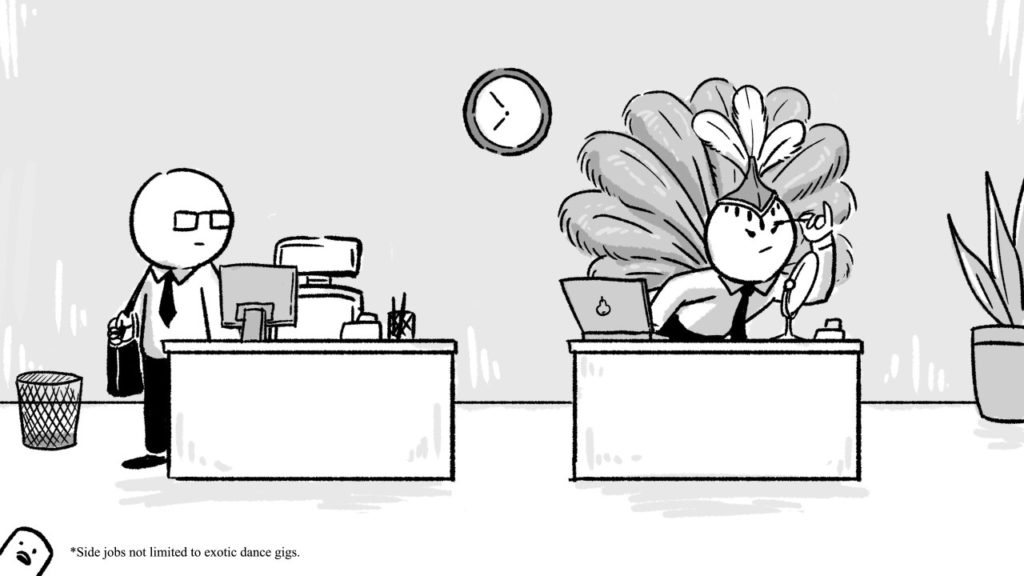 I tried my best to establish a reputation as a copywriter who was fast, effective and hardworking.

This needed a lot of work but eventually it paid off.

About a year after this, people started approaching me for last-minute jobs.

I burnt weekends, weeknights and endured multiple rounds of client changes to get things done.

It was then that I found out people can actually earn more from side hustles than their day job.

“When you start from zero, building capital is more important than making the best investments”

I bought Raffles Medical based on faulty logic that medical companies would always do well.

Perhaps because it was my first time, I spent hours monitoring the stock market like a hawk and had sleepless nights when the price dipped.

Eventually I realised I had no business to be actively investing when I had hardly done my research.

The time that I spent fussing and stressing over a few hundred dollars?

I could easily have worked on several freelance articles to earn money that was a sure thing.

I sold all my stocks and went into index investing, focusing on improving my earning power instead.

“Challenge the norms of society and there will be rewards” 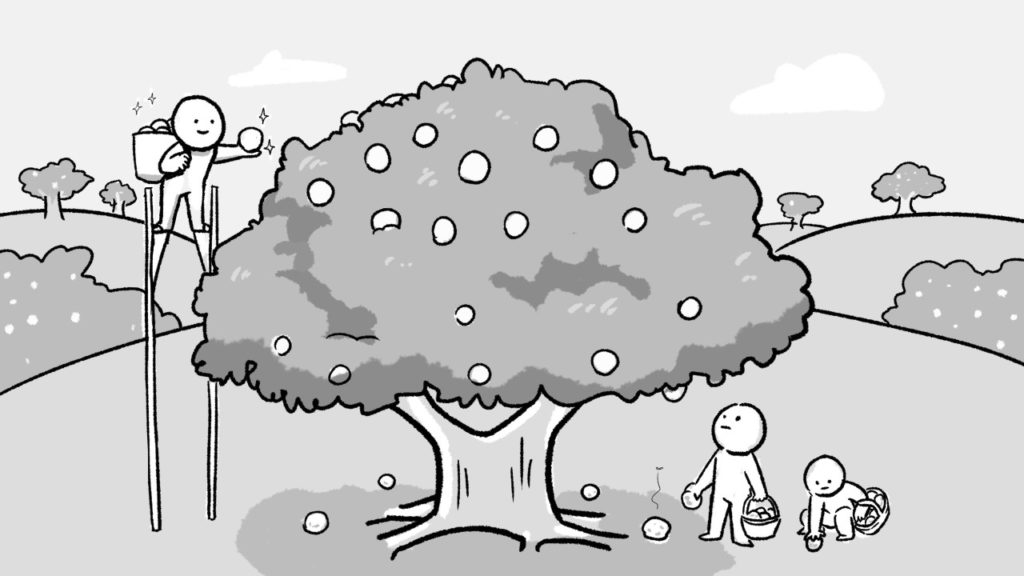 It was really awesome.

I got a lot fitter and saved some money.

But at the same time I felt like a deviant in a society where everyone shunned cycling and worshipped the car-driving executive.

Admittedly, I didn’t save a lot of money from this exercise.

I could have jogged to lose weight, which was free of charge, too.

But other than helping me save time by combining fitness and commuting into one.

This exercise helped me see that certain traditions and norms in society — such as car ownership — were either no longer practical or a huge waste of money.

TL;DR: If you want to achieve anything quickly, be prepared to do the things others are unwilling to do.

“We live in Singapore. There’s no avoiding money in relationships” I’ve had my fair share of failed relationships in my 20s.

And I’d say many of them imploded because of my attitudes towards work, retirement and money.

Let me first say that I totally understand where they’re coming from.

For most people, the idea of early financial independence is really attractive.

But the lifestyle change it involves is often unacceptable.

Most people, for example, prize their weekend cafe-hopping excursions or staycations.

Dining out in a nice restaurant regularly is important, as are gym memberships and new clothes.

And they’re not wrong at all for wanting so.

However, pursuing early financial independence means scaling back significantly on some of these things in your 20s.

The more you can scale back, the faster you can attain it.

But of course, doing so might mean a partner feels neglected or unwanted.

What I got from the entire episode? If you’re after a serious relationship, it’s important to talk about financial goals.

It also made me realise how hard it was to find a partner that was also financially ‘woke’.

“To escape outdated ideas of the previous generations, move the hell out.” 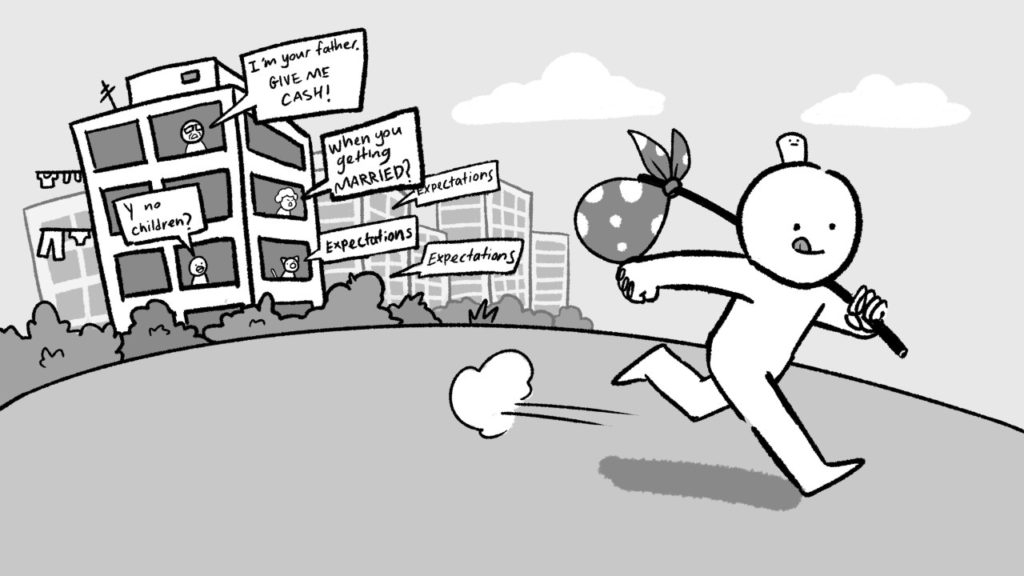 While this cost me close to $9,000 that year, I could now make life decisions without the influence of my parents — who had some pretty outdated notions.

My opinion is that some Singaporeans let their parents dictate their lives simply by living under their roof.

Some of the decisions made by the older generation are outdated, expensive and perhaps the worst — irreversible.

But here’s the kicker…

It is more costly to have an obsolete mindset than it is to pay rent.

“Financial freedom is not a race with other people, it’s a marathon you run with yourself” 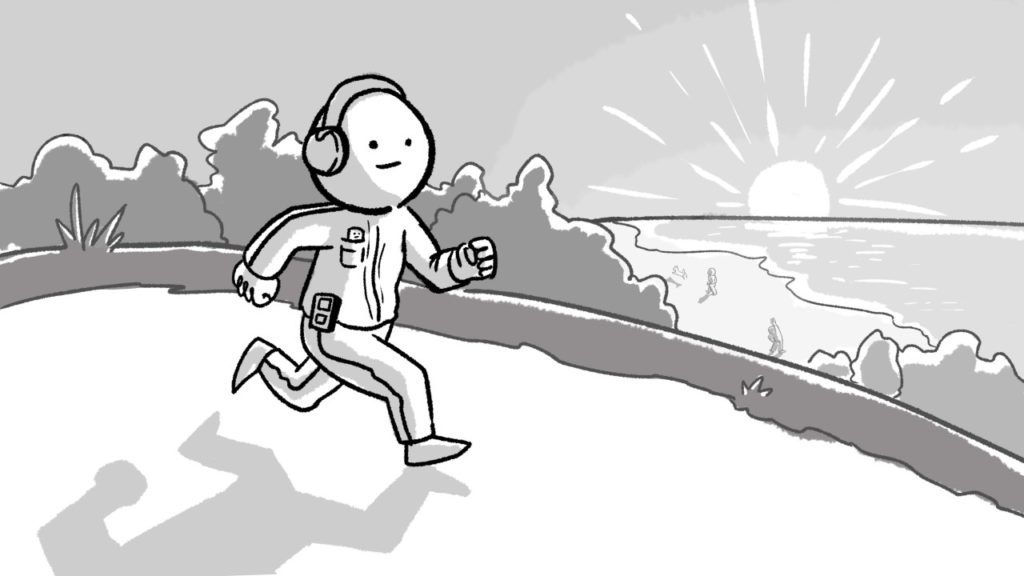 Since starting Woke Salaryman last year, I’ve come across so many fascinating and inspiring people at different stages of their journey.

At the same time, I’ve listened to enough cases of ruinous financial habits to write a book about it.

I’ve noticed a tendency for people to compare themselves to ‘financial influencers’, a group of people of which TWS is considered part of.

IMO, that’s really unhealthy because many times, bloggers and content creators don’t talk about the circumstances that helped them achieve their sky-high savings goals.

Either that, or they have talked about it, but people have forgotten.

So I’m going to go out on a limb and say this:

I managed to amass significant savings at a young age because I was fortunate enough to be born with several advantages.

If you’re not any of these, chances are you’re going to have a harder time.

But just because you only saved 30k by 30 doesn’t mean you’re any less capable than me — it just means you’ve had more to overcome.

But you know what?

That shouldn’t prevent you from trying.

Think about it: there are spoilt rich kids out there with all the advantages but are still totally reliant on their wealthy parents.

At the end of the day, it’s about mindset and taking a step in the right direction.

And it does not matter how slowly you go, as long as you do not stop.

The Woke Salaryman is the brainchild of a Singapore-based duo who aims to help people reach financial independence early. It is the quintessential page for people living in Singapore who earn the median salary and didn’t inherit their fortunes from their parents.