What I Learnt From My Privileged Friends in University
105
shares 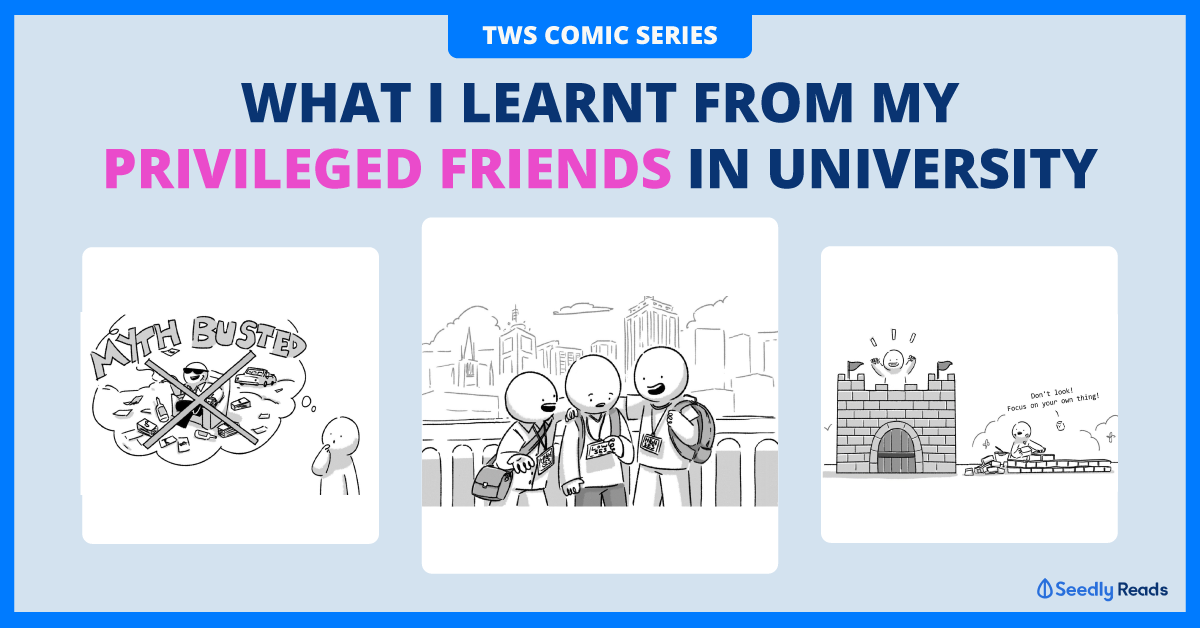 One of the co-founders of The Woke Salaryman studied overseas in Melbourne for his degree.

Here is his opinion of what he has learnt from his friends (who came from well-to-do backgrounds) during university. 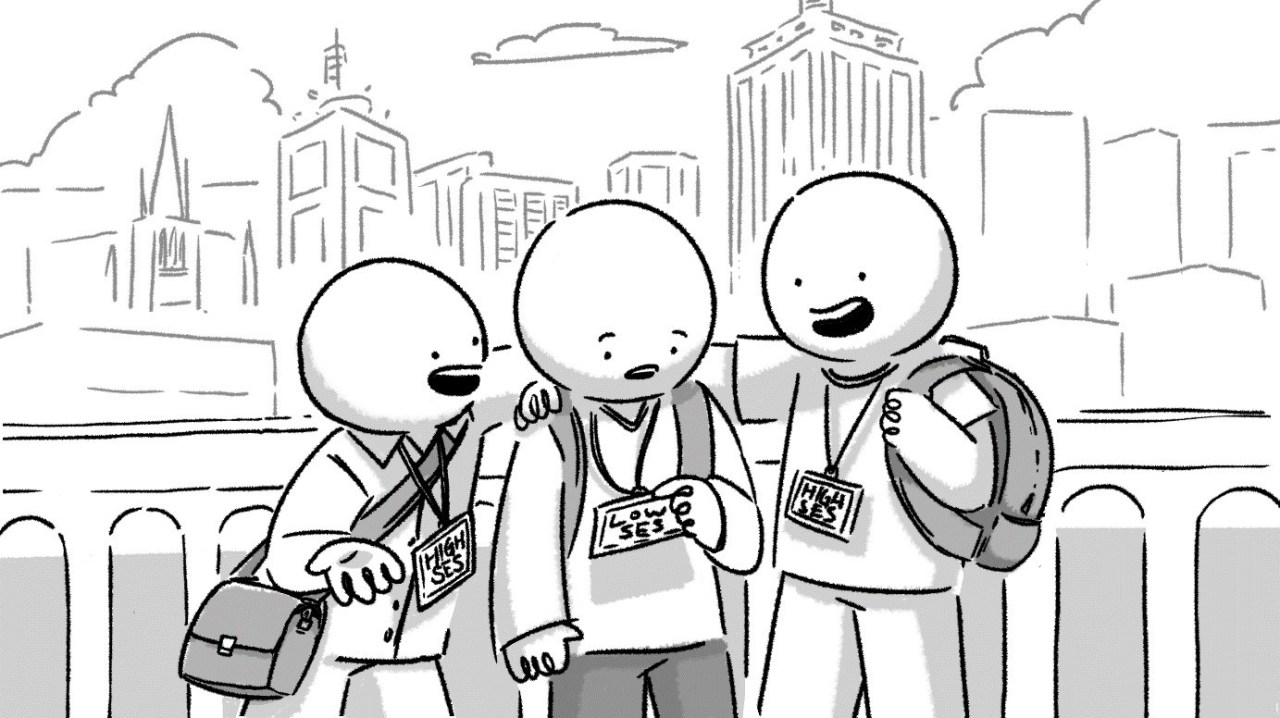 One lifetime ago, I had the privilege of studying overseas in Melbourne.

While it did help me get a degree, the truth is, the real education was the opportunity to observe society through a different lens.

For one, I hung out with very different people there – a lot of my friends there were from well-to-do families not just from Singapore, but from other Southeast Asian countries.

Now, I’m fully aware that there are wealthier kids out there who study in the UK and US, but for a guy who never went to educational institutions that were even remotely elite, this was a real eye-opener.

Looking back, I think this was one of the experiences that awakened me to class differences and income disparity.

As you already know, the privileges bestowed when you come from a well-to-do family is huge.

Often we focus on just the superficial side of things – nice clothes, bags, meals, accessories, cars because they’re more obvious.

I present some less apparent findings in this article.

Wealth Can Definitely Buy Learning Experiences – Even Those Out of Uni 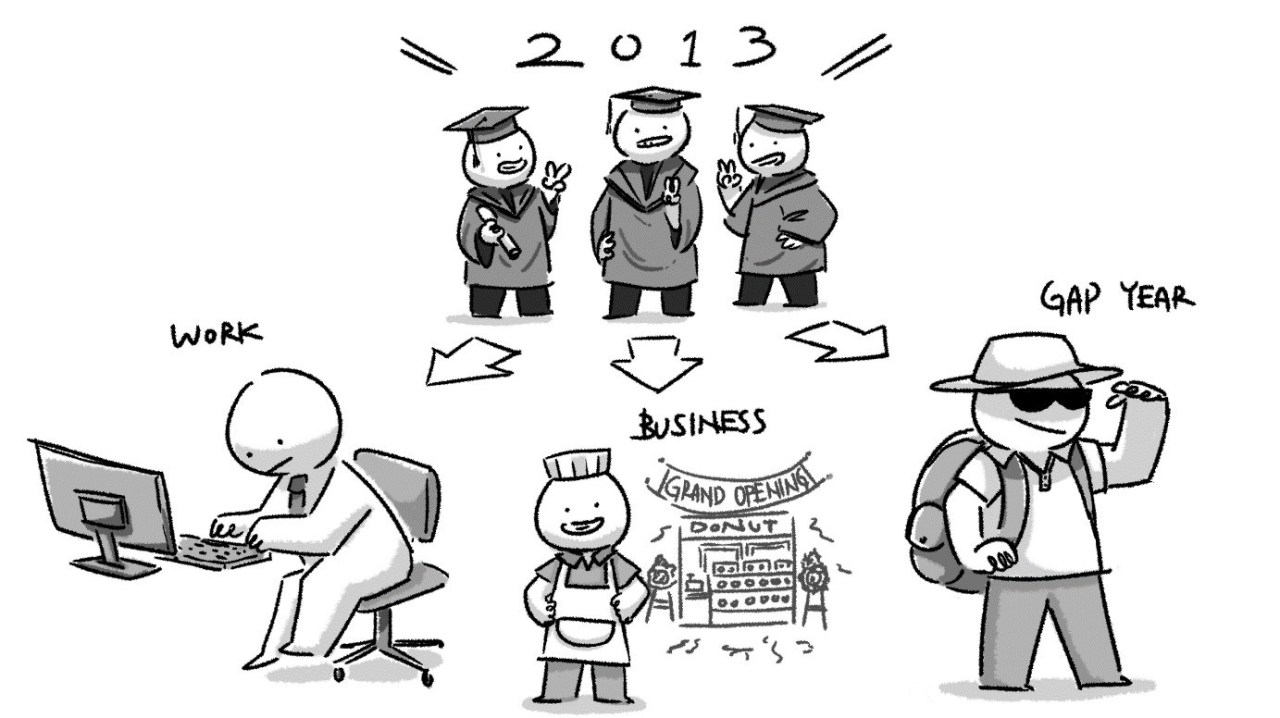 When we graduated in 2013, I went straight to work.

Plenty of my friends either took a gap year or went on to start a business.

Now, I know I’ve expressed that most Singaporeans should strongly reconsider a gap year, and this is why.

Gap years, while having the potential for a huge wealth of learning experiences, are also huge in terms of opportunity cost.

If your parents fought tooth and nail to send you to uni, a gap year could be financially crippling.

Similarly, you can learn so much from running your own business.

But you can also lose a lot from a failed venture.

These are ‘tuition lessons’ that wealth can afford you outside academia.

And they are often expensive.

The next time someone says “taking a gap year is a wonderful experience that is totally worth the money” or “everyone should start a business in their 20s”, understand that it might not apply to you. 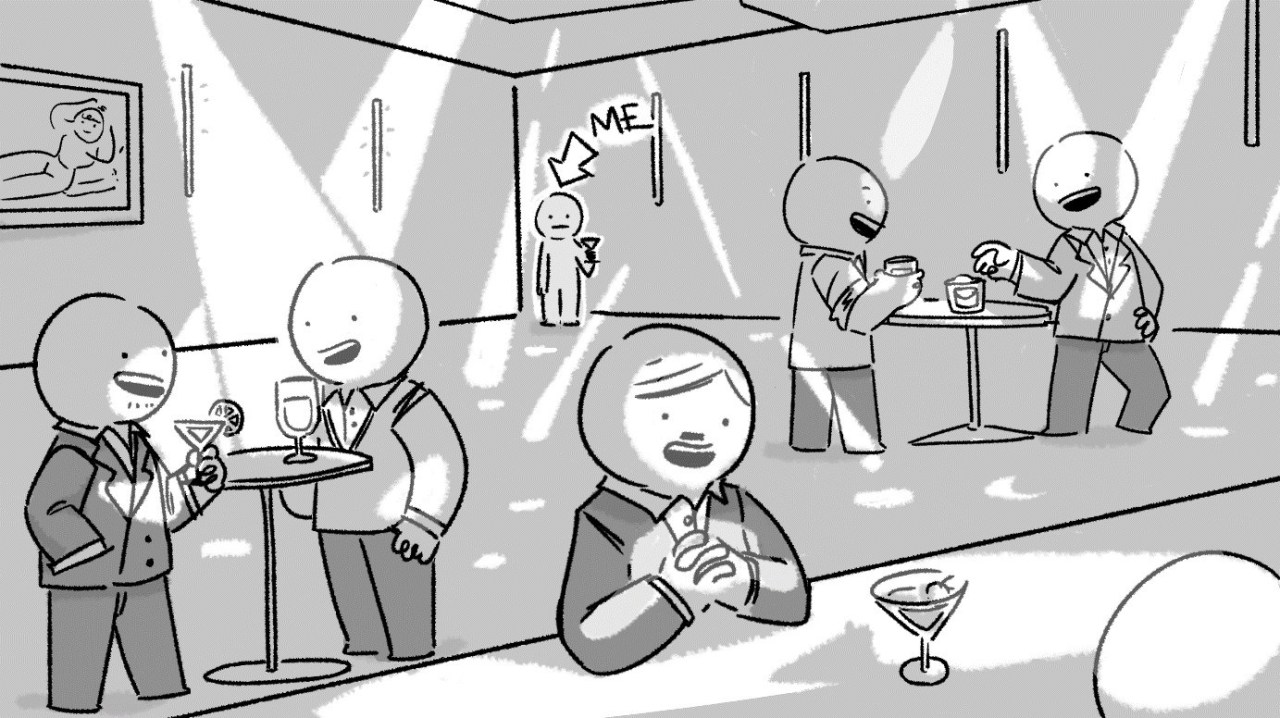 Whilst the average Singaporean might shy away from a conversation, I’ve found my friends more willing to engage in socialising, and thus appear more friendly and approachable.

The implication is that this also exposes them to more opportunities – even when they previously had no existing relationship with the other party.

I first observed this when a friend of mine just asked strangers if he could get onto their guest list at a club.

The thought was pretty audacious to me at that time, but after trying it out myself, I can say you’ll be surprised at what happens when you just ask people for things – whether it’s internships, opportunities, expensive stuff you might otherwise need to buy etc.

Indeed, sometimes all we need to do is ask.

(Ask and you will receive, the saying goes.)

Granted, there are many non-financial factors that result in better social skills and assertiveness.

But I think wealth helps.

They can afford to dress presentably and feel more confident, for instance.

They can code-switch to the ‘right’ accent to suit different social situations.

Their parents and schools have also likely trained them in the art of small talk.

These advantages might seem small, but they all add to one’s social capital.

That said, it doesn’t mean we can’t learn what works for them and put it into action.

Wealth Removes the Barriers of Enterprise 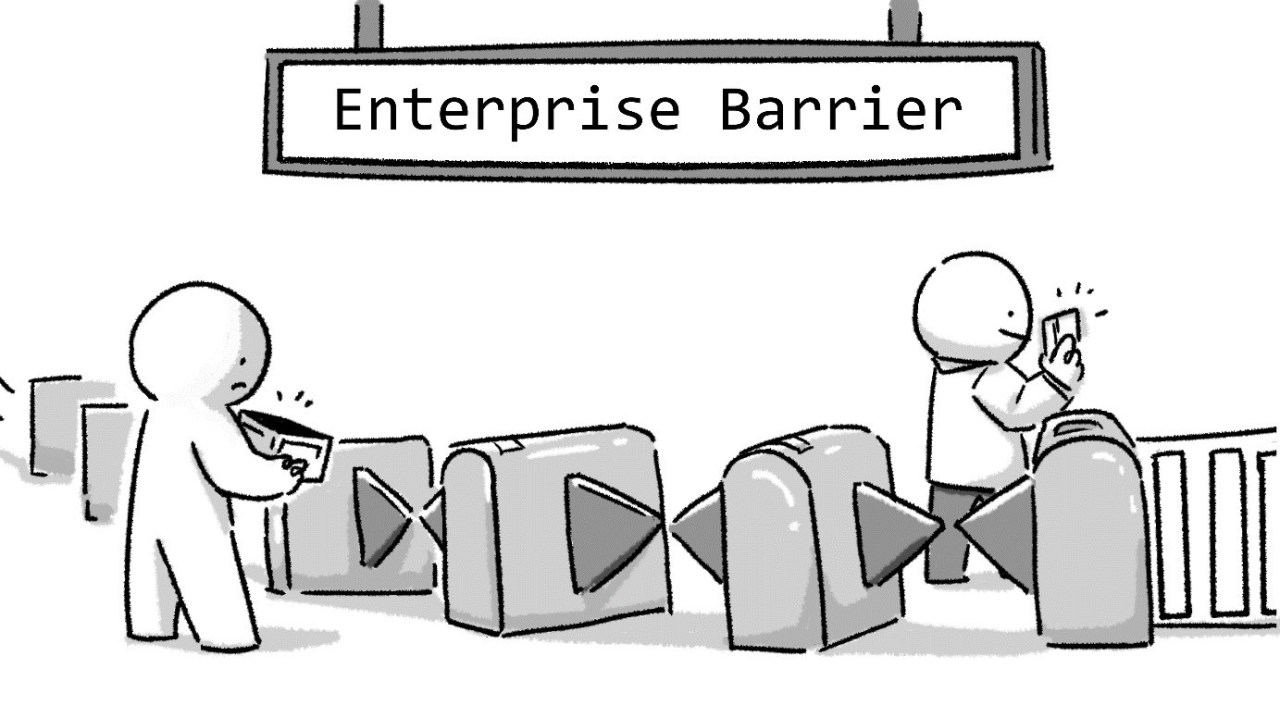 Now, this is something I observed with my friends whose parents ran businesses (as opposed to being well-paid salarymen (like doctors, etc).

They were extremely enterprising.

When people were going crazy over macarons back in 2011, one found a way to bake them en masse and brand them to sell for profit.

When power balance bands were insanely popular (despite being bullsh*t), I knew a guy who bought them in bulk, and then proceeded to sell them at a pretty profit.

Both of them clearly didn’t see the appeal of macarons and power bands.

Witnessing this really made me wonder: how often do we let the wealthy make our money, because we wanted to follow some silly trend or FOMO?

I read an article last year about how spending from middle-class Singaporeans actually grew faster than their wealthier counterparts, and it really hit home.

If the rich aren’t spending that much money, why are so middle-income Singaporeans increasing our spending at a faster rate than them?

(Once again, I have to disclaim this is also a matter of privilege. They realised the demand, and their wealth allowed them to take full advantage of the situation. In contrast, someone with a poorer background might have business ideas, but not the means to execute their ambitions.)

The Importance of Spending Within Your Means 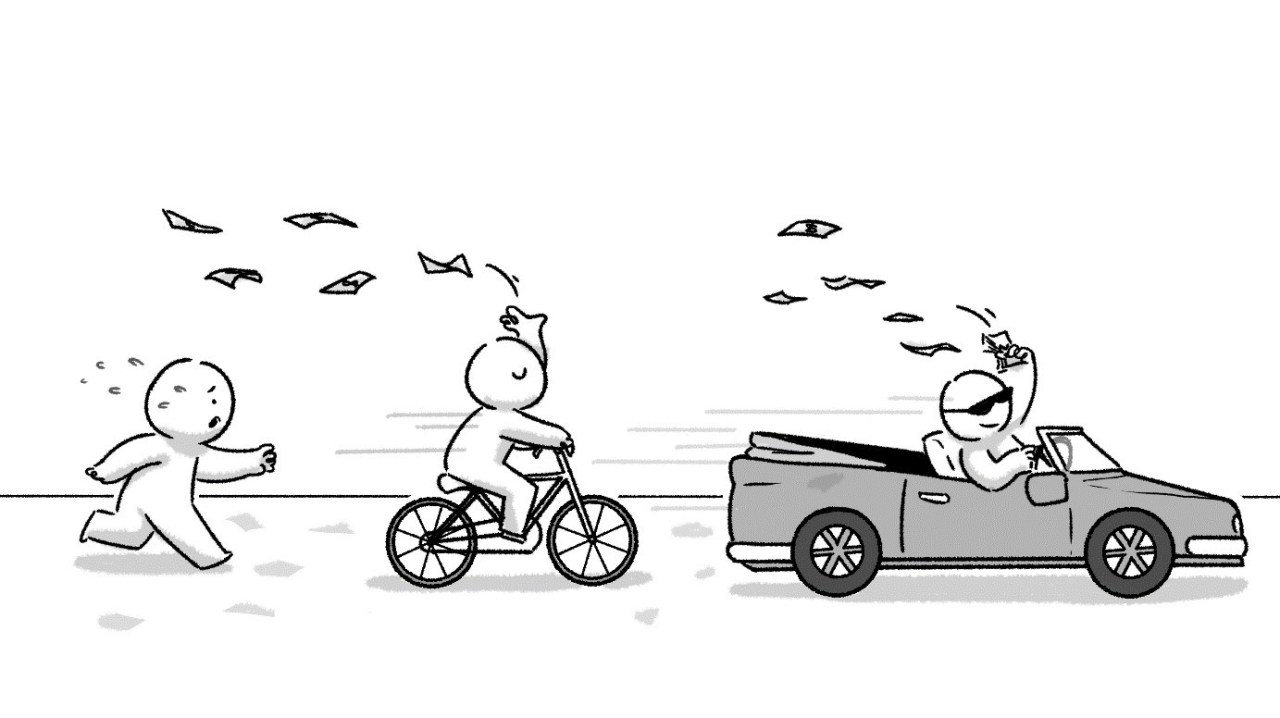 Hanging out with wealthy kids eventually made me think I was one of them.

I am ashamed to say I rented apartments I couldn’t afford, ate overpriced food at cafes, and generally tried to keep up with the Joneses.

This didn’t work out well for me, as lots of the said Joneses had millionaire businesspeople parents.

I had known for a long time that I was spending beyond my means, but looking at my bank account gave me a reality check.

I took up a job in the last semester and started freelancing to offset my costs.

I think this made me realise that it’s extremely easy for someone to get caught up in peer pressure, especially if they’re in an environment where high spending is the norm.

Many times, I think it was a matter of ego – I did not want to believe that I was somehow inferior because I could not afford the things my friends did.

This was hard because ego is an incredibly difficult thing to overcome. 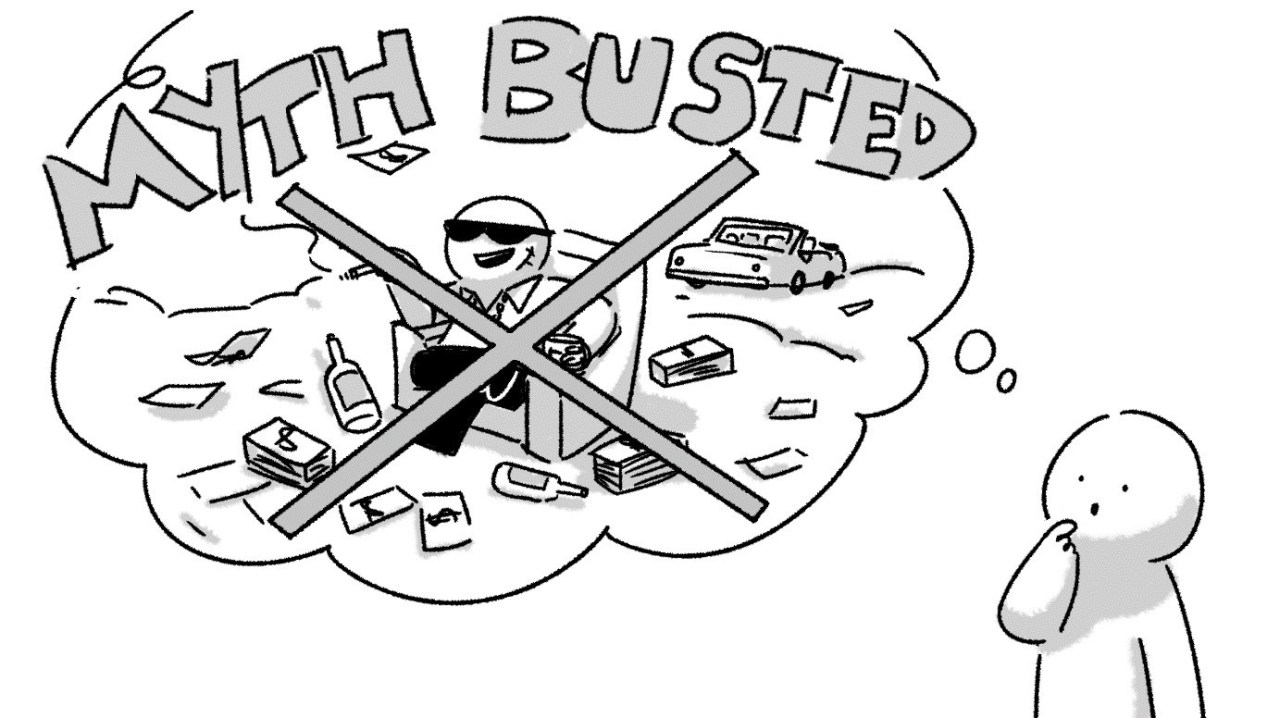 After listening to years of talk about elitist schools and following obnoxious IG accounts, I had always assumed all rich kids to be spoiled brats.

Definitely, there are rich horrible people out there whom the qualities I’ve mentioned in this article don’t apply to.

But on the flip side, I found most of my friends (despite their family’s wealth) to be decent people.

They had great attitudes and the means to get sh*t done.

Exactly the sort of people you expect to be successful in life.

Why did I have these unfair preconceived notions in my mind?

Personally, I think this is a greater symptom of the poverty mindset that we often (unknowingly) have.

As someone who didn’t grow up in a particularly well-to-do family, my elders often villainised the rich, perhaps out of a deep-seated inferiority complex.

“Rich kids are all spoilt brats.”

Upbringing is far more important than wealth when determining character.

“Rich people got a lot of money and are not happy.”

It’s far easy to be happier when you’re wealthy vs struggling to make ends meet.

“Rich people are rich only because they steal from the poor.”

False. That’s zero-sum thinking (read: the perception that one person’s gain would be another’s loss).

If you think about it, we conjure up these laughable stereotypes to comfort ourselves of what we perceive as an inability to change our circumstances.

The older you become, the more tragic it is.

And if you keep thinking this way, the rich are just going to get on with life while you stagnate while angrily shaking your fist.

How to Get Over This Chip on Your Shoulder? I’ve Found It Useful to Think of It This Way 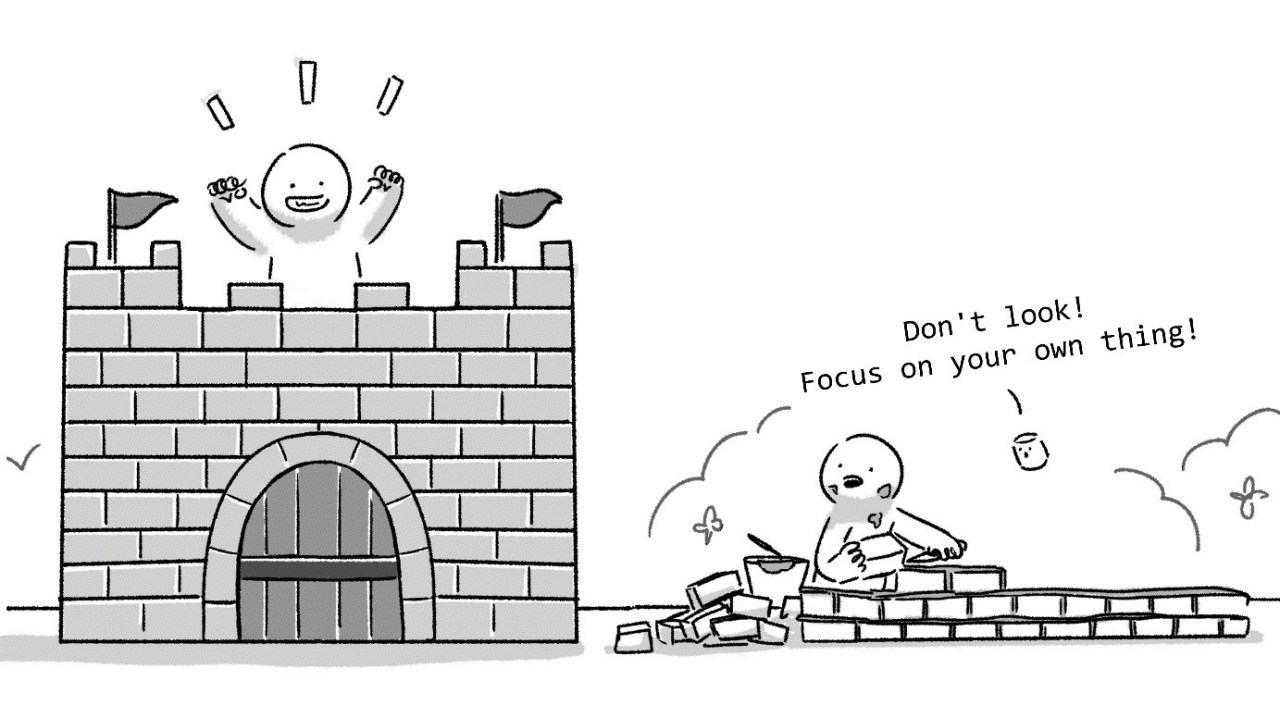 At the core of things, people are essentially the same.

But what separates a wealthy kid from you is that somewhere along the way, one of their ancestors built up an advantage for them.

There’s no other way.

As you’ve hopefully gleaned from this article, wealthy people already have so many advantages.

Make no mistake – they can afford to be lazy, arrogant, spoilt, and entitled.

They are one epiphany away from turning their lives around.

If you want to get ahead, the last thing you need is a sh*tty mindset.