In this article, the co-founder of The Woke Salaryman explains why he feels that everyone should start pursuing financial independence as soon as they can. 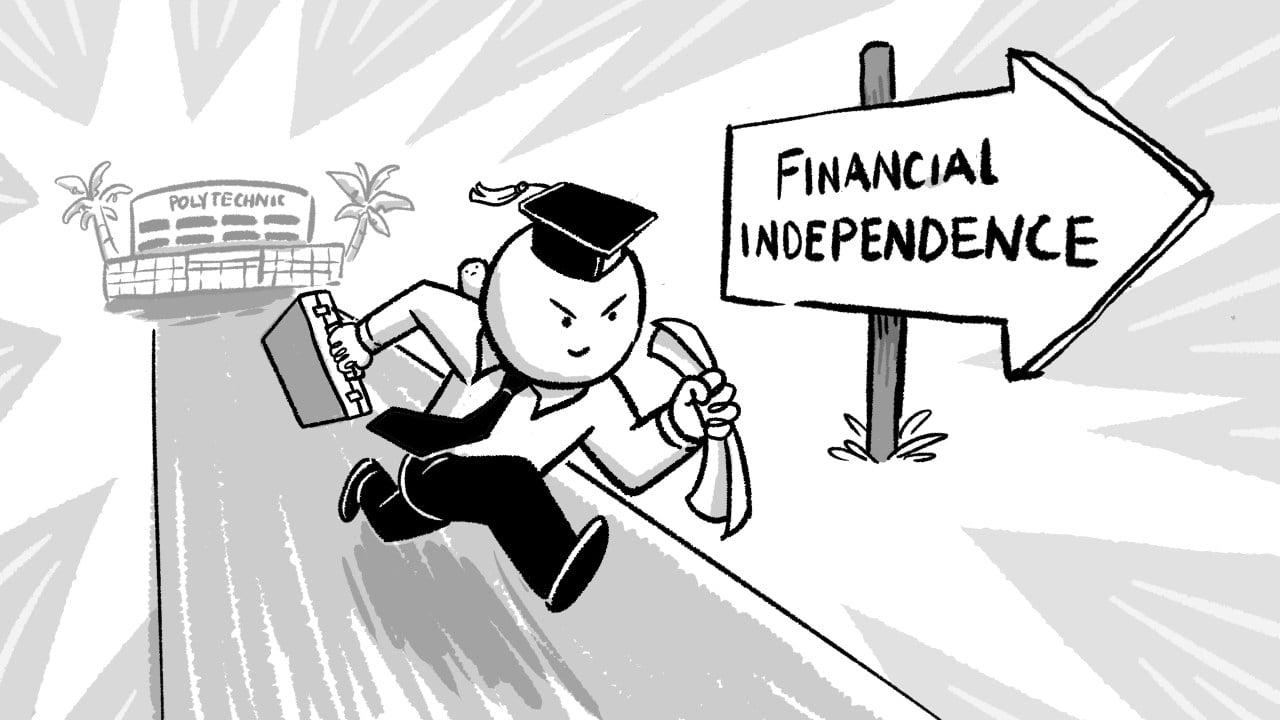 Many people are skeptical of the F.I.R.E (Financially Independent, Retire Early) movement.

They have every reason to be.

There are doubts whether the popularised 4% rule is enough to use as a rule of thumb for retirement income.

Others think that retiring early will eventually lead to mental decline.

COVID-19 has brought the viability of the concept into question.

Those are valid concerns.

But today we’re only going to leave out retirement and instead build a case for just achieving financial independence early in life.

So we’ll just say it as it is: Ideally, you should work towards financial independence as early as possible.

And your 20s, where most Singaporeans begin their working life, is the best time to start.

Your Body and Mind Are at Its Peak 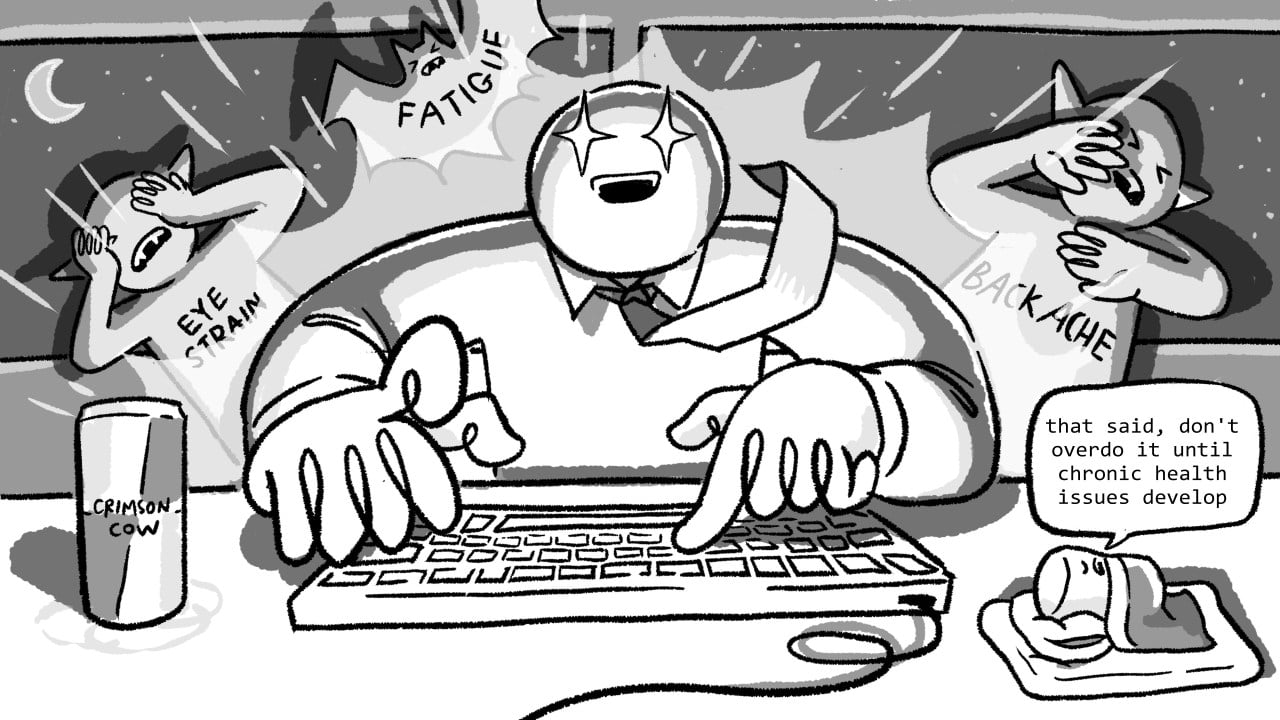 It’s no secret that younger people move and think faster.

Knowledge retention is a piece of cake, and you’re naturally open to new experiences and new ways of thinking.

In your 20s, your body can soak up the inevitable punishment when you build wealth.

This could be anything from long hours, night classes, or stressful situations.

You can shrug off all-nighters, still have the energy to exercise and your back doesn’t hurt for no reason in the morning.

This is exactly why that if there was ever a time you wanted to go all out and work hard, your 20s is it.

Think about this way: If you had to run for your life, would you rather do it at 20 or 50?

The Lifespan of a Salaryman Is Only Going to Get Shorter 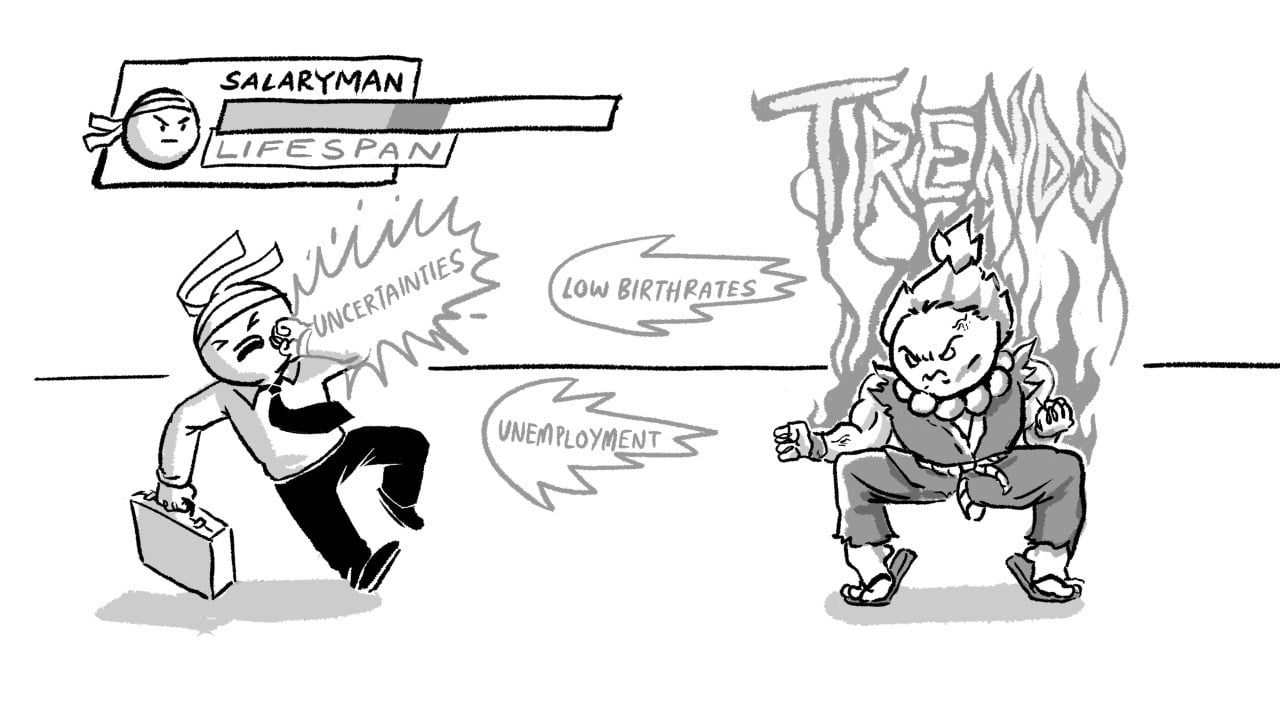 If you think today’s job market is bad, let’s look at what awaits us:

In light of all these factors, our suggestion is to treasure your 20s because that is the time that you’re most hireable.

That’s optimism, considering how fast the world is moving.

Every Dollar You Earn Is Worth More 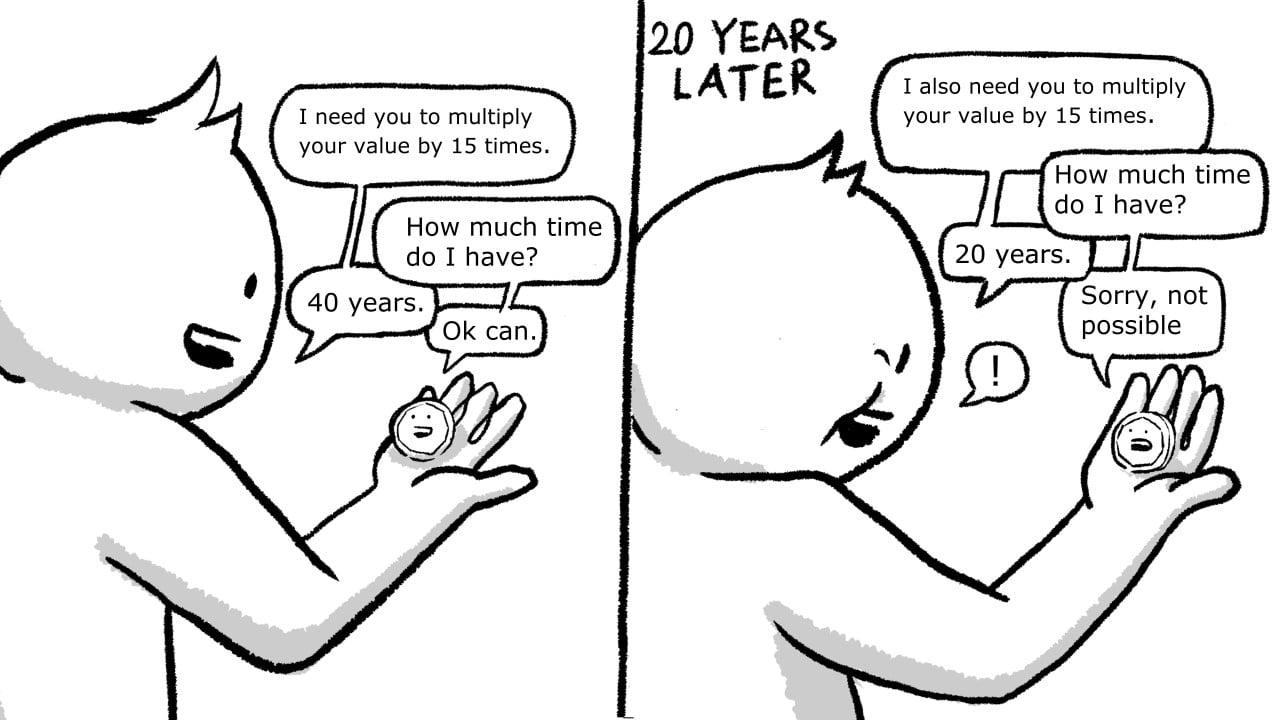 Any money you earn in your 20s is more valuable than any time of your life because of its ability to grow through investments.

The sooner you understand this, the better.

Here is a chart to put things into perspective:

Assuming you invest for 7% p.a growth in the stock market for 40 years.

Many people don’t earn that amount at 40.

Our advice is to start early with passive investing, with the option to transit to active investing when your portfolio reaches critical mass (at least $100,000).

You Have Far Lesser Financial Commitments 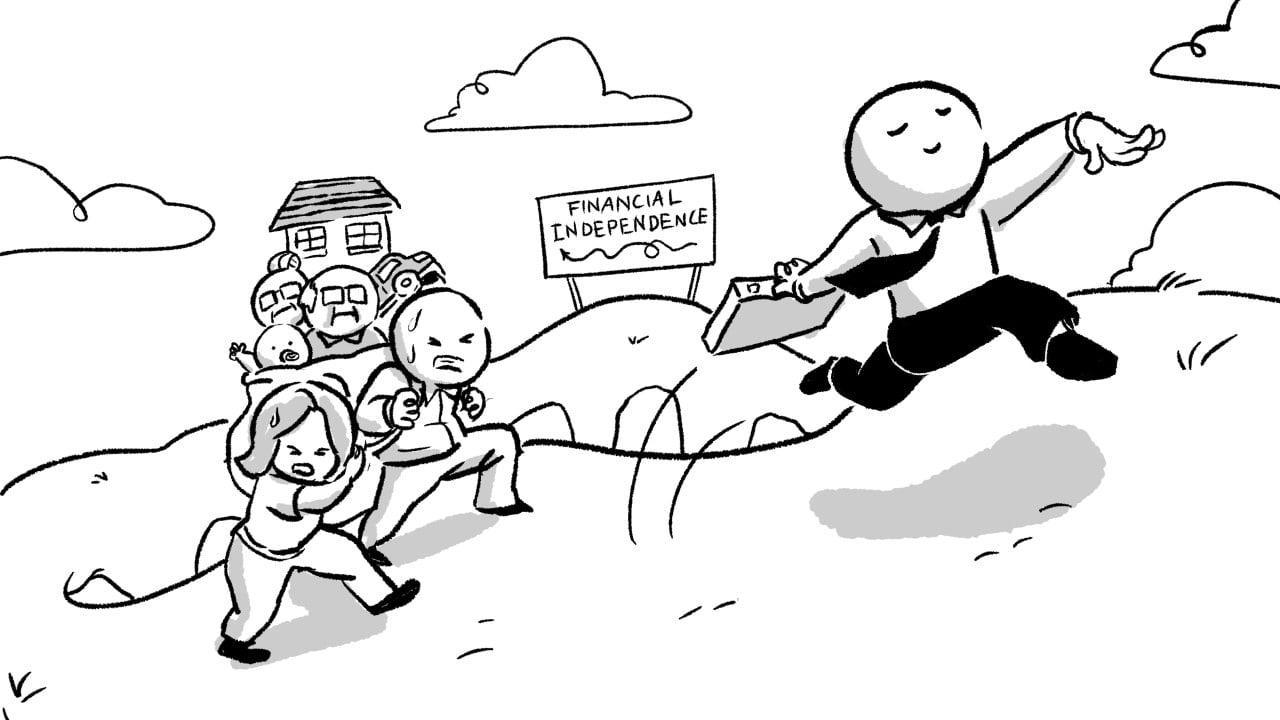 Hang around this blog long enough and you’ll get the “yes, he saved $100,000 before thirty but he did as a single without kids, and didn’t need to support elderly parents” crowd.

They absolutely have a point.

It’s harder to save money/build when you have kids.

Or are part of the sandwich generation.

And almost impossible to do if you have both.

Now, we can delay having kids until we are more financially secure(to the dismay of the Singapore government), and a lot of people do that.

(Some people also stop the sandwich generation by refusing to produce more sandwiches.)

But unfortunately, we can’t control the aging of our parents.

Looking after them will cost money and time, the two crucial ingredients of the wealth mix.

Add healthcare cost inflation of 10% into the mix and your dreams of ‘saving more next time when I earn more’ are quickly obliterated.

Secure Your Retirement Early to Make the Best Decisions for Yourself 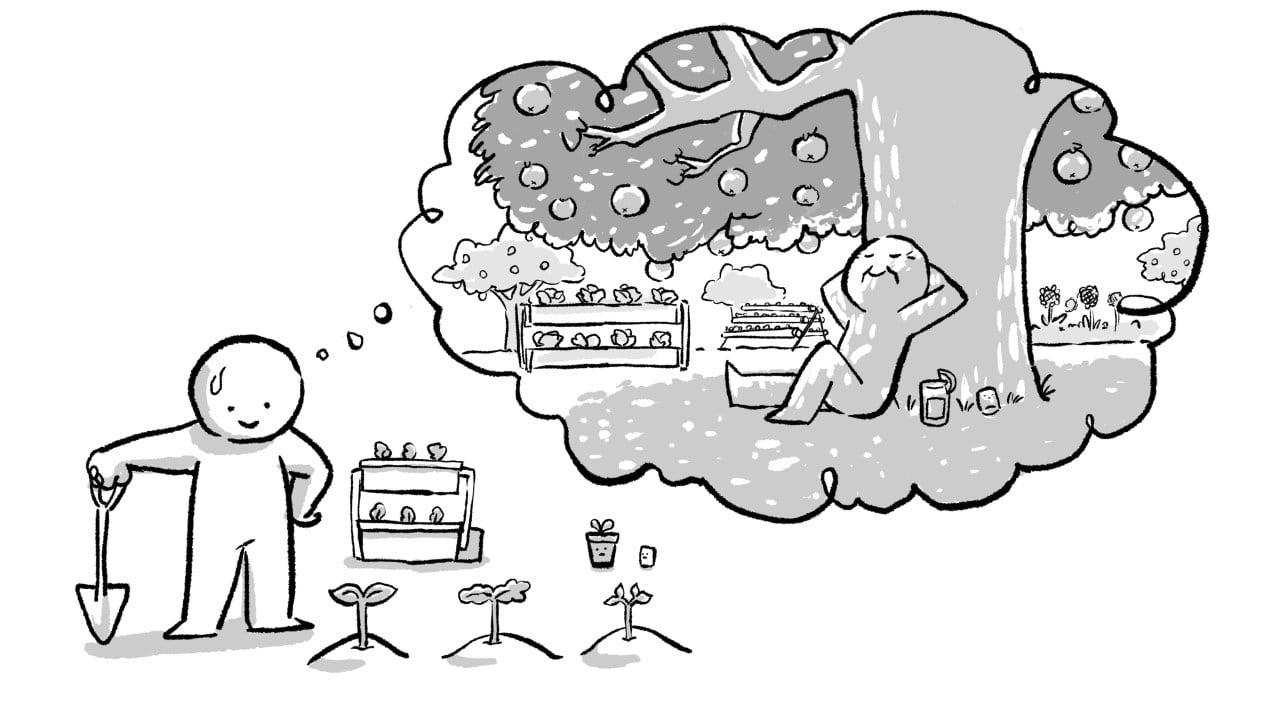 Sometime earlier this year, I attended a seminar by Mr. Loo Cheng Chuan, a hardcore CPF advocate who suggests you put as much money as possible in your CPF Special Account, starting as early as possible.

I might not agree with him on the strategy due to liquidity concerns, but I can appreciate one of the things he said, which was something along the lines of this:

“When you can settle your retirement early on in life, it becomes a safety net for you to pursue bigger ambitions.”  (I might have paraphrased a little bit, don’t sue.

With your retirement and basic needs settled, you can take risks for business, pursue your interests, and effectively ending your wage slavery.

The question to ask yourself now is whether to spend 10 years being a wage slave, or spend 50?

We think the answer is pretty obvious.

Make hay while the sun shines.
Strike while the iron is hot.

Or in the words of Muse:
Don’t waste your time – or time will waste you.