A Guide To Electric Cars in Singapore: How Much Does It Cost To Own One? A Guide To Electric Cars in Singapore: How Much Does It Cost To Own One?

Haven’t been in an electric vehicle before.

But I remember watching an Instagram story of someone hitching a ride on a friend’s Tesla and I was like:

This has been a timely move given the recent focus on environmental sustainability.

In fact, more measures are now in place to encourage more drivers to make the switch to Electric Vehicles (EV).

In the recent Budget speech, new measures have been introduced to narrow the cost of owning an electric vehicle as compared to an Individual Combustion Engine (ICE) vehicle.

According to the Land Transport Authority (LTA), fully-electric cars and plug-in hybrids only make up 0.2% of the total car population as of Jan 2021.

With these new initiatives, there would now be a lower barrier of entry when it comes to owning an electric car in Singapore!

Are you a car owner? Check out the best car insurance!

TL;DR: A Guide To Electric Vehicles (EV) in Singapore: Car Types and How Much It Costs To Own One

We will be covering the following in this article: 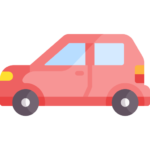 Before we dive right into this topic, here’s a quick overview of the types of EVs available.

There are mainly three types of EVs:

The most widely seen type of EV in Singapore is the plug-in hybrid type, where the vehicle is recharged from any external source of electricity, such as a home charging pack or at charging stations.

What Are Some Electric Vehicle (EV) Models Available in Singapore?

Besides Tesla, there are various other car brands that come with electric models.

While this means that owning an electric car does not seem that affordable, prices have been coming down and they are slowly becoming comparable to petrol or diesel-powered cars.

With factors such as car maintenance and an increase in rebates, we can expect the closing of the price gap between these two car types.

How Much Money Would I Save if I Were To Make the Switch To an Electric Vehicle? There are two biggest savings factors when you switch to an electric vehicle:

An EV does not have an internal combustion engine, which means there would not be the maintenance of typical liquid fuel components, such as a fuel pump, fuel line, or fuel tank.

The main concern is usually battery longevity, which modern technologies have allowed batteries to function at their peak working condition and also have good lifespans.

According to sgCarMart, an electric car can provide more than 50% in cost savings in terms of running costs:

Based on the assumption of an average travel distance of 17,500 km per year, one can expect to save more than $15,000 solely on running costs.

This is due to the energy costs of Kia Niro EV being significantly lower than the petrol costs of a Kia Seltos.

One can expect even more savings after taking into account car maintenance fees.

Incentives for buying an Electric Vehicle in Singapore To encourage the early adoption of electric vehicles, here are some incentives that have been introduced during Budget 2021:

The enhanced Vehicular Emissions Scheme (VES) and Electric Vehicle Early Adoption Incentive (EEAI) will allow buyers to enjoy cost savings of up to $45,000 when they purchase a new electric car.

Where Are the Electric Vehicle Charging Points in Singapore? The accessibility of charging points in Singapore has been an ongoing concern and might also be one of the reasons holding people back from purchasing an electric car.

There are currently 1,600 charging points publicly available in Singapore.

Here are the current providers of charging points in Singapore, and how much it costs to charge an electric car:

We can see that it’s a lot cheaper to charge an electric car than to pump petrol for the same distance covered.

However, charging points are still not a common feature on our island as of yet, especially at private premises like condominiums.

In response to that, there will be $30 million set aside for the next 5 years for EV-related initiatives as part of the Singapore Green Plan 2030,

This includes plans to increase the number of charging points at public carparks and private premises to 60,000 by 2030.

Should You Buy An Electric Vehicle Right Now? With these upcoming rebates and incentives, here’s the question:

Should you buy one now?

I’m personally intrigued by the idea of an electric car if I were to choose to own a vehicle.

However, I would not forsee myself getting one within this year given how it might cost at least $5,000 cheaper in 2022 with the reduction of ARF.

Road taxes are also still a concern for current EV owners, so I would rather wait for them to be comparable to the taxes for petrol or diesel-powered cars.

In addition, I would also rather wait a little longer for more established EV technologies and infrastructure to be in place.

Including installation of those additional charging points, or even more local manufacturers which might bring the car costs down further.

Which is why I personally feel that 2021 is still not the year to own one yet.

Nonetheless, the decision to make this switch is definitely real.

Given how Singapore has plans to have all vehicles run on cleaner energy by 2040 as well.

It’s just a matter of time where we start heading over to the environmentally-friendly side of driving.

Would you switch to an electric car? Let us know your thoughts!