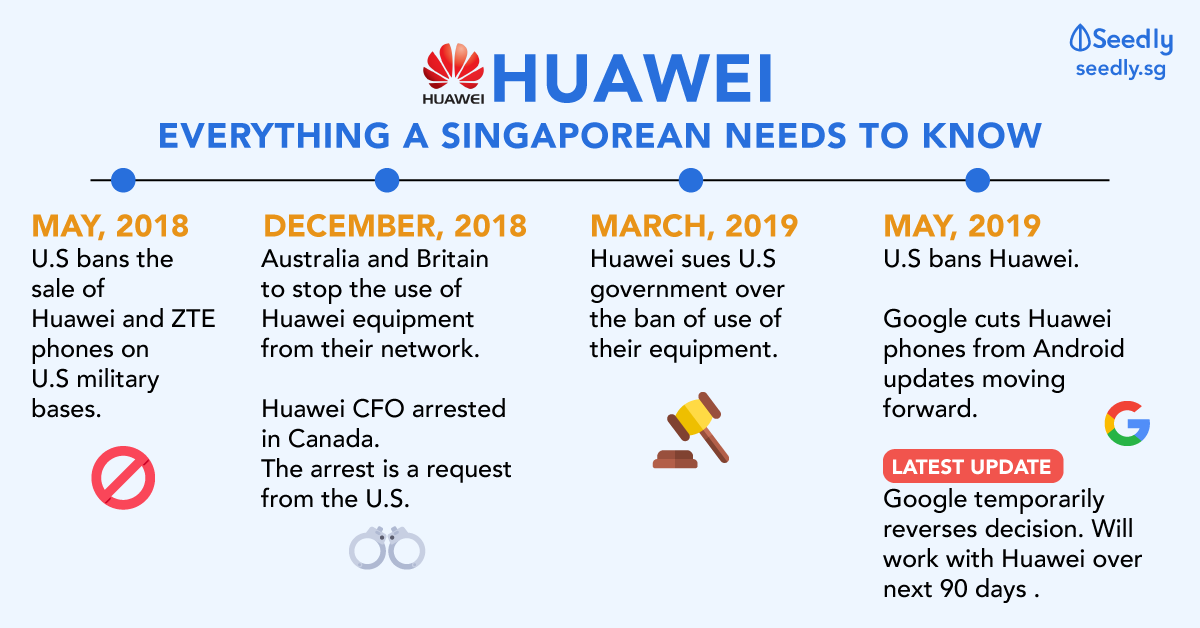 If you’ve been following the news, you’re probably aware that Google has suspended Huawei from Android updates after President Donald Trump signed an executive order which bars the Chinese telecommunications giant from acquiring technology from U.S. firms without government approval.

This executive order comes at a time of heightened tensions during the US-China trade war. And has led to this situation on Carousell:

Yes, you read that right.

That’s a WTB (Want To Buy) post for a Huawei P30 Pro, for $50… It doesn’t really help that there’s been a bit of a panic-selling on Carousell despite the P30 Pro being the latest flagship smartphone of the Chinese company.

Oh, and by the way, the Trump administration is also looking at raising tariffs on footwear imported from China.

After the huge kerfuffle, the U.S. Commerce Department has decided to grant mobile phone companies a 90-day license to work with Huawei.

Following this ruling, Huawei phones will continue to receive software updates from Google until 19 Aug 2019, so rejoice Huawei users! Your phones are still safe from security threats for the time being.

After the license expires however, the U.S. Commerce Department will reassess the situation and Google will have to make the same decision with regard to how they will deal with Huawei in the future.

It’s unlikely that your neighbourhood second-hand handphone shop is going to accept your Huawei phone following this news. But I suppose there’s no harm trying if you’re really desperate to sell it?

What Is The Huawei Incident About? 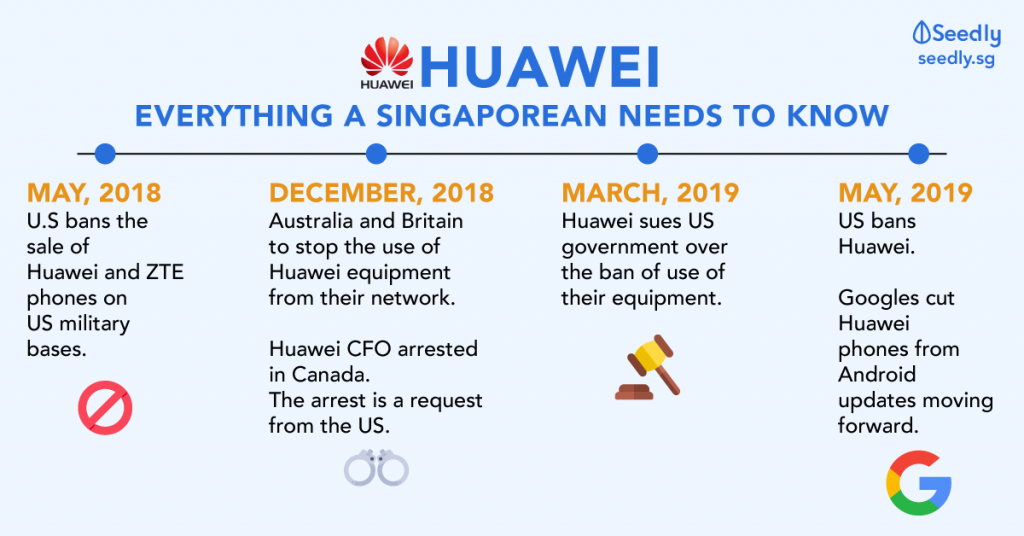 Here’s a quick timeline that led up to Google’s ban of Huawei:

Will My Huawei Phone Still Work?

Android is an open source operating system that is available to anyone to use. So your Huawei phone will still work.

However, the Android system updates might be a little slow because Huawei will now lose early access to such updates.

Once the system updates are made available on the public domain, users will probably need to wait a couple of weeks (or months) before Huawei adapts the updates to their user interface and push it to users.

This ban, however, affects licensed services like Chrome web browser, Gmail, and YouTube – all Google apps basically. Because Google won’t be able to license them to new Huawei devices.

So you’ll still be able to watch YouTube videos and check your Gmail on your current Huawei smartphone, but if you choose to buy a new one in the future, you won’t have access to these apps anymore. Until US and China sort out this tariff war that is…

Should I Sell My Huawei Phone?

The security updates will be slower now that Google is not giving Huawei a heads-up before releasing them. So if you use your phone for any important stuff, your data is at a greater security risk.

Huawei is apparently also building their own OS… But that will probably take a few months. So, pretty much anything can happen really…

Technically, you can still use your Huawei phone and all the Google apps which you have downloaded BEFORE this ban.

And also, no, because most second-hand shops aren’t accepting your Huawei phone right now…

So… Bobian (Hokkien: no choice).

How Does This Affect Me As An Investor?

With this ban in place, let’s look at how it affects the world economy.

US chipmakers will definitely feel the hit as Huawei purchases an estimated $20 billion of semiconductors each year.

After the announcement, the MSCI World Semiconductor Index fell by as much as 3.7%, bringing it to the lowest since early Mar 2019.

Looking at the NASDAQ Composite Index, which comprises of mostly tech companies, it’s unsurprising that it fell by 1.46% to US$7,702.38 on Monday (20 May 2019). And this can be attributed to the stock prices of many tech companies falling sharply – especially those that are closely related to Huawei.

For reference, this is a list of top 20 U.S.-based Huawei suppliers:

My Take On This Google-Huawei Saga

Potential investors should take advantage of this sale BUT be careful to avoid tech companies that derive most of their revenue from China-based companies.

About Jonathan Ng
You can contribute your thoughts like Jonathan Ng here.