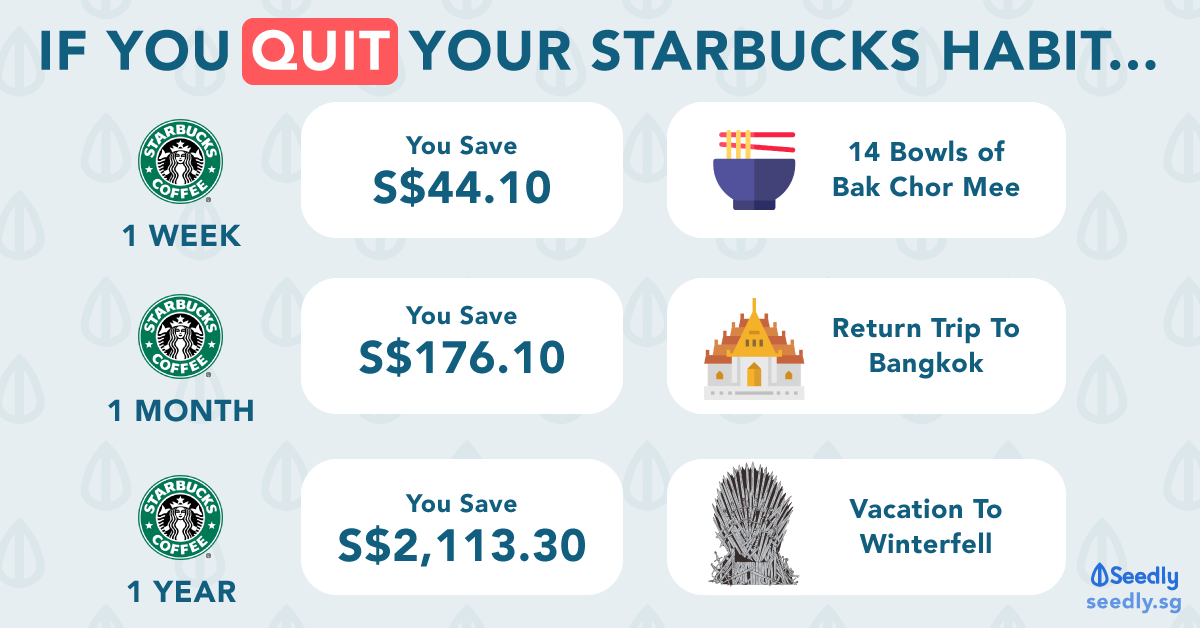 No matter where you are or how many kingdoms you’re trying to rule, as long as Starbucks is the answer to your caffeine addiction, you’re in luck because an outlet is never too far from you.

According to Statista, the number of Starbucks stores have skyrocketed from a rather humble 7,225 in 2003 to 29,324 worldwide. One of which is probably in Winterfell…

Which kind of makes business sense considering how cold the North is.

Starbuck’s omnipresence means that you can get your caffeine fix almost anywhere in the world – even Westeros. But depending on where you live and work, you just might luck out and get it at a much cheaper price.

Or maybe you can challenge the Starbucks barista to a trial by combat and pay the iron price for your nitro cold brew (read: free if you win, but extreme tho)…

Out of 40 countries which we did a comparison with, for a cup of Starbucks latte, Singapore ranks the 23rd most expensive.

Out of the same 40 countries, we rank 13th with regard to how many cups of lattes we can afford comfortably in a month.

And because we’re always thinking about saving and budgeting, if you cut your Starbucks habit completely, here’s how much you can save in a year:

How Expensive Is Starbucks In Singapore?

We did a little digging on the internet and found this Valuepenguin comparison which pits the prices of a Starbucks tall hot latte across various countries.

It might be more expensive in Singapore as compared to the States, but we’re not the most expensive place in the region to get a Starbucks coffee. Erm… Yay? 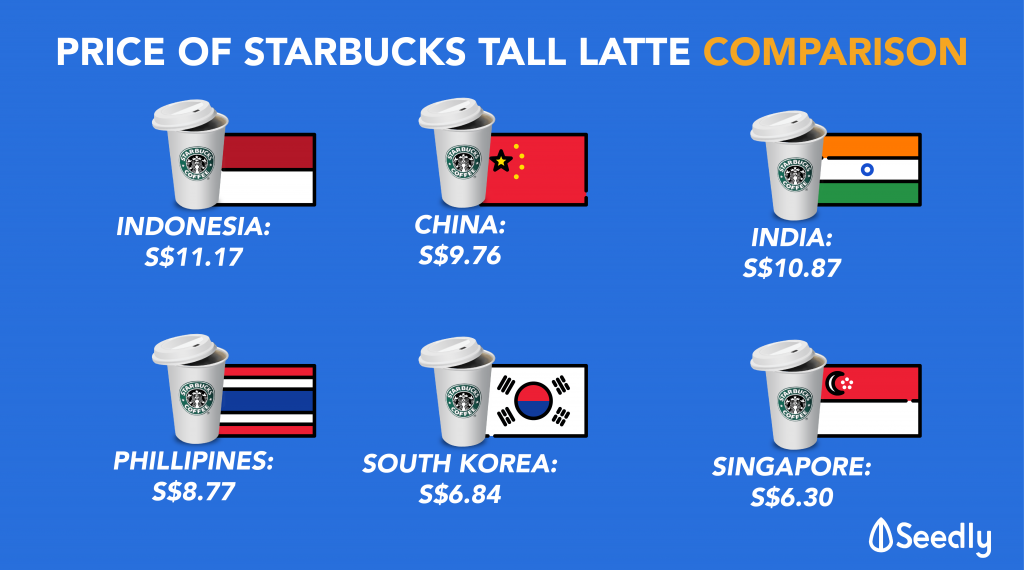 How Many Starbucks Can A Singaporean Afford Monthly?

Just looking at Starbucks prices alone would be a grossly inaccurate representation of how affordable it is.

To better compare the data, we measured it against the Average Monthly Net Salary (After Tax) of these countries to find out how many cups of Starbucks latte they can afford in a month:

When it comes to which country can afford the most cups of Starbucks a month, Singapore ranks 13 out of 40 countries.

At 630 cups of Starbucks latte a month, this makes us one of the top countries in Southeast Asia who can actually afford Starbucks comfortably. But we highly recommend against adopting that kind of caffeine-only diet though…

Know any Starbucks money-saving hacks? Let us know in the comments below!