A Singaporean's Guide to The NEW Singapore Cabinet

A Singaporean's Guide to The NEW Singapore Cabinet

So, what does Singapore’s new Cabinet line-up look like following the reshuffling?

And why should you care about who’s in it?

Here’s a summary in case you missed it. There is no new Deputy Prime Minister appointed.

Other Changes in Appointment

What Does the Cabinet Do?

The Cabinet is led by the Prime Minister.

On the Prime Minister’s advice, the President will then appoint other ministers from amongst the MPs to form the Cabinet.

In turn, the Cabinet is collectively responsible to the Parliament.

Meaning our elected Ministers of Parliament act as a check on the Cabinet, as the Cabinet Ministers are required to justify their actions and announced policies.

For those of you going, “Erm… why should I care who is in the Cabinet?!”

“It’s got nothing to do with personal finance what…”

The Cabinet is responsible for ALL government policies and the day-to-day administration of the affairs of state.

Like the various Budgets that were announced to combat COVID-19. 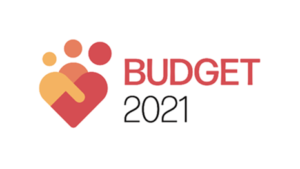 So for example, if the Minister of Finance decides on a whim to pass a policy where our income tax becomes so ridiculously high.

That every single cent you earn will now go to the Government because of… well… reasons (read: that is NOT a legit reason at all).

And somehow, our elected MPs don’t question the motive or rationale.

Yeah… you see where I’m going with this?

So while the Cabinet steers the general direction and control of the Government.

And the MPs provide a check and balance.

It’s extremely important for us to vote carefully when it comes to deciding who are our leaders.

Especially since they’ll be deciding what’s best for the future of Singapore.

And for us to also pay attention to what is going on in Parliament to ensure that our chosen leaders are ACTUALLY making decisions with our interests at heart.

(Note: This portion is updated as of 25 Jul 2020. We will update accordingly again with the new information!)

As announced by Prime Minister Lee Hsien Loong, there will be a total of 37 Cabinet members in office.

Due to the reshuffle of portfolios, 6 ministries will be headed by new ministers.

And here’s the breakdown:

Overall, you’ll notice that most of the key positions remain unchanged.

PM Lee mentioned that continuity is crucial in this time of pandemic.

Which is why he has decided to keep the ministers who are directly handling COVID-19, in office.

However, he has also reshuffled portfolios to allow ministers to deepen their knowledge and expertise.

So that they’ll be able to make better decisions for Singapore, and not just be limited to what is best for the seat which they occupy.

Notably, there has also been an injection of new faces in the Cabinet to allow for fresh perspectives and valuable insight to contribute to greater and more robust discussions.

And yes, all of the 37 Cabinet members are fielded by candidates from the People’s Action Party.

What’s Next for Singapore?

While we try to adjust to this new normal that has forever been altered by COVID-19.

I sincerely hope that this Cabinet will make the right decisions to stabilise our economy and help all Singaporeans tide through this crisis as the COVID-19 pandemic unfolds.