The Most Expensive Good Class Bungalows Sold in Singapore in 2018 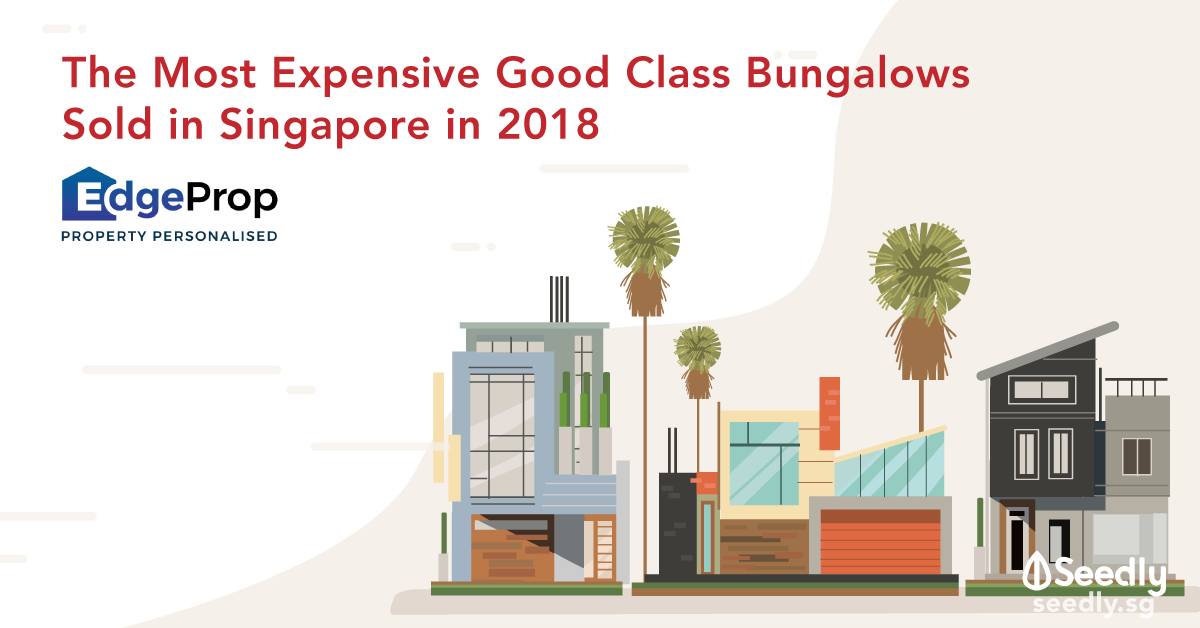 The Most Expensive Good Class Bungalows Sold in Singapore in 2018

Good class bungalows, more commonly known as GCBs, are considered to be the most prestigious type of residential property in Singapore.

A bungalow that falls within the boundaries of such GCB areas is also subject to planning constraints that include a maximum building height of only two storeys. There also has to be sufficient greenery in between plot areas.

Since 2012, only Singaporeans are eligible to buy in GCB areas. The exclusivity and strong status symbol associated with GCBs have made them among the most sought after residential properties in Singapore.

According to K H Tan, managing director of Newsman Realty, GCB deals have picked up in recent months due to an influx of new citizens and strong demand from local high net-worth individuals seeking “super prime GCBs”.

Based on caveats lodged, here are the most expensive GCBS to have been sold in 2018, ranked by absolute prices. Only transactions involving non-corporate buyers were considered in our analysis:

The freehold GCB in prime District 10 was owned by one of Singapore’s founding fathers, the late Lim Kim San. Lim, who was the first chairman of HDB, oversaw the wide-scale construction of public housing for Singaporeans.

The two-storey home sits on 52,054 sq ft of elevated ground, at one of the highest points in the neighbourhood, and is a two-minute drive to Singapore Botanic Gardens.

As the minimum land size for a GCB is 15,069 sq ft, the plot could be subdivided into three GCB plots.

It was put up for sale for over $100 million in August. Based on data from URA Realis, the GCB changed hands for $93.9 million on 25 September.

The home was reportedly sold to a Singaporean member of the wealthy Tsai family of Taiwan.

According to Forbes, Tsai Wan-lin, the late patriarch of the family, was Taiwan’s richest person at the time of his death in 2004, with a fortune of US$4.6 billion (S$6.36 billion).

A Good Class Bungalow on Leedon Road was sold at $57.5 million ($1,309 psf) in January. The seller, Madam Chong, is a veteran luxury property investor and collector of GCBs in the Leedon Road-Leedon Park neighbourhood, which has earned her the moniker “Queen of Leedon Park”.

Word on the street is that the GCB was sold by a Singaporean couple who paid $15 million for the old house that used to be on the site in 2007. The couple was also said to have invested a further $10 million into redeveloping the site into what it is today.

In March, the property was purchased for $48 million by the family of the late Lim Kee Ming, who once served as president of the Ngee Ann Kongsi, a wealthy philanthropic foundation of the Teochew community.

Kuok Hui Kwong, daughter of the Malaysian tycoon Robert Kuok, is reported to have snapped up the bungalow in Belmont Road for $43.5 million in July. Ms. Kuok, who is the chairman of Shangri-La Asia, is said to be a Malaysian citizen and a Singapore permanent resident (PR).

While non-Singaporeans are generally not allowed to purchase such landed properties, the Singapore Land Authority (SLA) has been quoted saying that a handful of PRs have been granted to buy a landed residential property in a GCB Area in the past six years due to their “exceptional economic contributions” in Singapore. 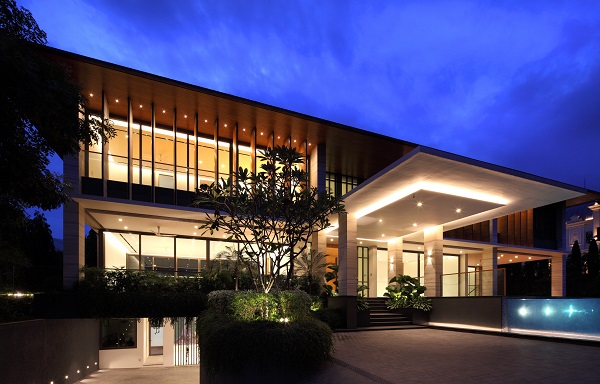 The GCB on Jervois Hill was built on a vacant freehold site that was purchased for $25.8 million ($1,709 psf) in 2012 (Credit: Samuel Isaac Chua/The Edge Singapore)

The Jervois Hill bungalow was sold by George Lim, an entrepreneur who has developed 11 GCBs and two semi-detached houses in the past 12 years. It was a joint collaboration between Lim and architect Pau Loh, managing partner of Tellus Design.

The entire house has three levels, including the basement. The ground floor features living and dining areas, family rooms, dry and wet kitchens, a pool and a pond. The second floor has five bedrooms – all with walk-in wardrobes – and a living room with pantry. Prominent design features include a wall aquarium in the basement that can fit 800 fish and a floating sculptural staircase that was made by using a specially-built giant oven to mould the acrylic.

The seller of the property within the Oei Tiong Ham Park GCB Area is said to be the wife of Tee Yih Jia’s executive chairman Sam Goi. She reportedly bought the property for $28 million in 2013.

The seller of the property, located within the White House Park GCB Area, is said to be a pair of low-profile Singaporean investors who purchased the house for $34 million in 2011.

In March, the bungalow was reportedly snapped up by a Singaporean who is currently residing in the US with her husband, said to be a European national who works as a senior executive at a major US bank in New York.