She Quit Her $250,000 Job After Learning This About Money

She Quit Her $250,000 Job After Learning This About Money

What is your definition of career success?

Some of us spend our lives climbing our career ladder, hoping to have shiny job titles that come with juicy fat paychecks.

Which is why many would probably be envious of Erica Kullberg, a US-based lawyer who used to make over US$250,000 at the age of 28.

However, she walked away from this high-paying job without another lined up.

After having her perception of money change after one phone call.

To be precise, ten words changed her entire perspective towards money.

When I came across her story, I knew I had to share it.

The Lawyer Who Lived a Glamorous Life 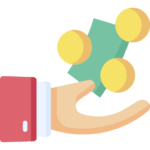 After graduating from law school, Erica was a newly minted lawyer who worked on Big Law, dealing with mergers and acquisitions of huge corporations.

Due to her hard work and being in one of the most prestigious law firms, she was one of the youngest lawyers to be fetching a salary of that level.

She often had to meet the CEOs of Fortune 500 companies and clinch billion-dollar deals.

Helicopter rides and fancy dinners were part and parcel of her everyday life.

She had everything that many would want – a big and shiny job title and an attractive paycheck.

By societal standards, she was easily deemed as someone who has made it in life.

The Phone Call That Changed Everything 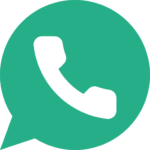 Erica’s turning point came unexpectedly during a phone call with her boss, a senior partner of the law firm.

She first received news that her 89-year-old grandfather was hospitalised due to deteriorating health conditions.

Worried, she made a trip down in hopes to pay him a visit.

However, on the first night, she was still bombarded with time-sensitive work.

She requested to seek an extension for her work but was promptly turned down, causing her to miss the hospital’s visiting hours.

On the second night, as she was given work again, she tried to seek another extension to be able to make it to the hospital.

When she made the phone call, she was once again rejected, and was met with ten words:

“What do you think we pay you so much for?”

Deciding to abide by her boss’s words, she continued working, which made her miss the visiting hours again.

Unfortunately, she didn’t get to see her grandfather before he passed away…

However, these words from her phone call were all it took for her to gain her newfound perspective.

After that phone call, Erica was reminded of the importance of “why”.

In this society where we are pressurised to conform, it’s easy to forget about our own purpose and direction.

For Erica, that phone call reminded her of the reason she embarked on her law journey, and how far she has diverted from this path.

While she was making lots of money helping huge corporations, the prestige and reputation she held made her complacent about her own purpose.

She has always wanted to pursue law to have an impact and help others, by open her own legal company for people who can’t afford legal services.

However, the money and status she received gave her the impression that she was on track to success, even though it might not have been what she wanted.

Her story is highly relatable to many of us because as we advance the career ladder, it’s easy to lose sight of our true goals.

We tend to fall into the trap of modern-day success and assume that everyone’s version of success would look the same.

As such, we might forget to ask ourselves our own “why”s as we head deeper into paths that seemed successful by societal standards.

Sticking to Your Own Goals and Purpose

I’m sure most of us are familiar with the hustle culture.

Hustle culture has been increasingly popular, and people have been working harder and faster than ever before.

For some, this meant putting in the extra effort to achieve big goals while they are young.

On the other hand, prioritising productivity over everything else could also lead to a culture of overwork.

In Erica’s situation, everyone in her company frequently had to pull all-nighters, and people were glamorising overwork and treating it as a badge of honour.

And when you see everyone around you working so hard, it’s easy to conform under such circumstances.

This story reminds us that just because something is common and widely accepted doesn’t mean that it has to be your goal.

Similarly, if you’re someone who believes in hustling during your best years and a proponent of hustle culture, that doesn’t mean you’re wrong as well.

Always know your own goals and stick to them.

It’s important to check in with yourself to see whether you’re still feeling aligned with your own goals and aspirations.

The Importance of Personal Finance

Erica’s story also reminded us of the importance of personal finance.

“What do you think we pay you so much for?”

When she heard these words from her boss, it made her realise that any company would have power over your time due to the amount of money they pay you.

This shows the importance of being financially diligent instead of living paycheck to paycheck (by choice).

Being financially disciplined and having a solid sum of savings allow us freedom and provides us options.

Most importantly, you’re able to gain full control of your own time, which is the true definition of wealth.

Nobody should have that amount of power over your time as well.

Also, being in a job meant that you are actively trading your time for money as well (i.e. active income).

And if that’s your only source of income, your money stops coming in once you stop working.

Being solely reliant on this income can be really risky, as we might risk losing our jobs due to various factors.

As such, this highlights the importance of diversifying our income streams.

Failure Is Better Than Regret

In her video, Erica mentioned something that I strongly agree with as well.

She said that she had a lot of fears when it came to leaving her corporate law job.

She was scared of failure, scared of running out of emergency funds, scared of losing her reputation after leaving her prestigious firm, scared of being laughed at…

But she fears regret more than failure.

“Regret implies that you had the opportunity to do something different, but you didn’t.”

When you do something that challenges the norm, there will be voices telling you that you can’t and that it’ll be difficult to succeed.

With the whole world telling you otherwise, you have to be your own advocate.

Go for what you think is right, and don’t let fear stop you.