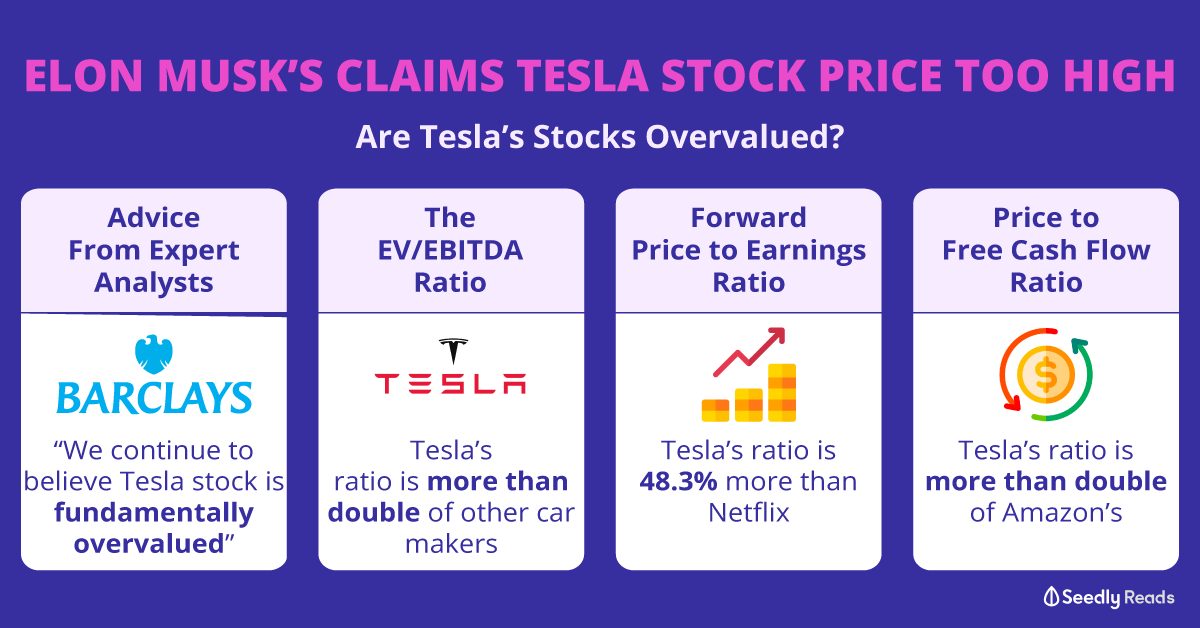 If there is ever a word in the English language more suited to describe Elon Musk; that word would be maverick.

The Tesla CEO is clearly a very unorthodox and independent-minded person who is a very different CEO to what we are used to.

But his achievements are astounding.

He is the co-founder of financial services X.com; the predecessor to PayPal which earned him millions when it was sold to eBay in October 2002 for USD$1.5 billion.

He then went on to start Tesla (NASDAQ: TSLA) and Space X; two highly successful disruptive companies that are revolutionising the car and space travel industries respectively.

As brilliant as an entrepreneur Elon Musk is, he has does some strange things that caused Tesla’s stock price to tumble.

The first notable incident was when he tweeted that he will consider taking Tesla private at $420 a share.

This caused him to lose his position as Telsa chairman and cost Tesla a USD$20 million fine from the U.S. Securities and Exchange Commission (SEC).

Halfway through, he began smoking pot/marijuana. After the video was aired, Tesla shares plunged as much as 9%.

If I were on his PR team, I might have PTSD every time I see him taking out his phone.

It’s not every day that the CEO of a company will tell you that their company is overpriced.

But is he right in saying that Tesla’s stock price is too expensive?

We have curated opinions from Barclays, Harvard researchers, The Motley Fool and a CNN and a Forbes contributor and looked at the numbers to find out.

What is a Stock

But before we start on we will need to review what a stock actually is.

When you buy a single stock of a company, you are actually buying a tiny but legit ownership stake in a company. While there are many kinds of stocks.

Although there are different types of stocks, owning a stock typically means that you have corporate voting rights and dividends based on the percentage share you own.

You may have also come across the term “shares” or “equities”. These terms are used interchangeably and mean roughly the same thing.

Before you go about buying a company’s stock, there is something vital you need to understand.

A stock’s intrinsic value is not necessarily the same thing as its current market price.

Instead, investors use metrics, simple math and analyse a company’s business model to determine its intrinsic value. He said that the rise in Tesla’s stock price resembles the rise and fall of Qualcomm in 1999.

“We continue to believe TSLA [Tesla stock] is fundamentally overvalued,” noted the analyst, who’s forecast is looking at a 65% plunge in the stock.

What Harvard Researchers Are Saying About Tesla

Researchers at Harvard are warning that Tesla’s stock is in a bubble.

A model published in 2019 in the Journal of Financial Economics by three Harvard researchers is suggesting that the probability of a crash is about 80%:

An important thing to note is that this is model is wholely based on past price performance.

There are two types of P/E ratios, trailing P/E, and forward P/E.

The trailing P/E ratio records a company’s actual earnings instead of its projected earnings.

The forward P/E ratio compares current prices to projected earnings in the future.

However, the projected numbers can be adjusted or presented a certain way to help the company look more attractive.

Generally, a high ratio would mean that a company’s stock is over-valued. It can also mean that investors believe that the company will grow exponentially in the future.

The more well-known companies are expected to have a higher P/E ratio.

What you want to look for, rather, is the smaller companies with a low P/E ratio as this may currently be undervalued or that the company is doing exceptionally well relative to its past trends.

Tesla currently has no trailing P/E as it has been in the red over the last 12 months.

Instead, its forward P/E ratio, based on estimated earnings per share over the next 12 months, is 87.4 according to Nasdaq. If you compare it to their technology company peers like Amazon and Netflix who have a forward P/E ratio of 58.29 and 49.04 respectively.

Journalist Joseph Young, a regular contributor to Forbes and CCN has identified why Tesla is massively overvalued due to its massively high premium on earnings.

The EV/EBITDA is a ratio that compares a company’s Enterprise Value (EV) to its Earnings Before Interest, Taxes, Depreciation & Amortization (EBITDA).

The ratio shows the earnings or revenues of a company in relation to its valuation. EBITDA = Net profit + Interest + Tax + Depreciation/Amortisation expense.

It often used in valuation as a proxy for cash flow.

In comparison, other carmakers like Daimler (Mercedes), BMW, Volkswagen, Ford, and GM had an average ratio of less than 20.

A possible explanation for this is that many people view Tesla as a software company rather than a traditional carmaker.

This may explain why Tesla’s stock may be overvalued.

On the flip-side, Telsa has made series to prove that it can grow exponentially while being profitable. This has seen a sharp increase in Tesla stock.

Tesla became profitable on a GAAP basis after the second quarter of 2019 and generated about a billion of free cash flow for the entire year.

A company’s free cash flows represent the cash flow available for all the stakeholders.

Cash is the most liquid current asset the company can have. Cash is generally always good and you should want to see high cash flows in the company. (There is a whole argument on why too much cash is bad, but that’s for another time…)

Lower numbers indicate that a company is underpriced.

However in Q2 2020 according to YCharts, Tesla was unable to generate positive free cash flow which saw the company generating a negative cash flow of -USD$921 million.

For some context, Amazon’s Price-to-Free-Cash-Flow Ratio for today is more than half at 60.50.

This high number indicates that Tesla stock may be overpriced.

If you look at the numbers, Tesla’s inflated forward P/E ratio, EV/EBITDA Ratio and Price to Free Cash Flow Ratio indicate that the stock may be overpriced.

Not to mention the input from Barclays, the financial model from Harvard researchers and the analysis from Joseph Young which support this hypothesis.

When analysing stocks, it is important to know that each stock is different and would require the use of different financial ratios.

Although these ratios are useful, it is good to consult the experts and look at the fundamentals of a company as well.

What do You Think About Tesla?

Our SeedlyCommunity is discussing Tesla, head over to join in the Stocks Discussion!