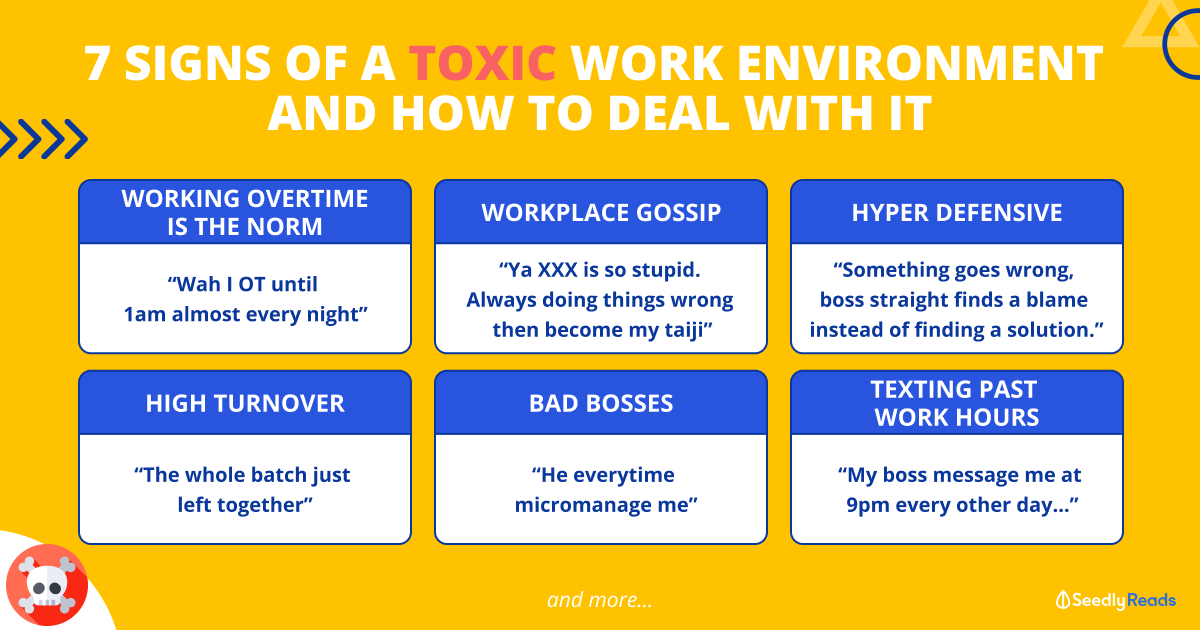 It’s no secret that many Singaporeans are stressed and overworked.

Heck, some of us see our colleagues even more often than we do our family.

We spend close to 44 hours at work each week,

So it’s imperative that our workplace is one that allows us to thrive instead of being detrimental to our mental health.

Whether you’re a job seeker looking at the best companies to work for, or a salaried worker wondering if your company is indeed toxic,

Here are the top signs of a toxic work environment and how to deal with it!

1. Working Overtime is The Norm

“Going on a two hours coffee break since I plan to OT anyway.”

While you should be finishing your tasks for the day on time, there could be a problem when working overtime (OT) in your company is the norm.

Most office jobs require you to work from 9am to 6pm, but when you find yourself always being overloaded with tasks and your colleagues are also ending work at obscene hours (1 am anyone?), this could be a huge red flag. 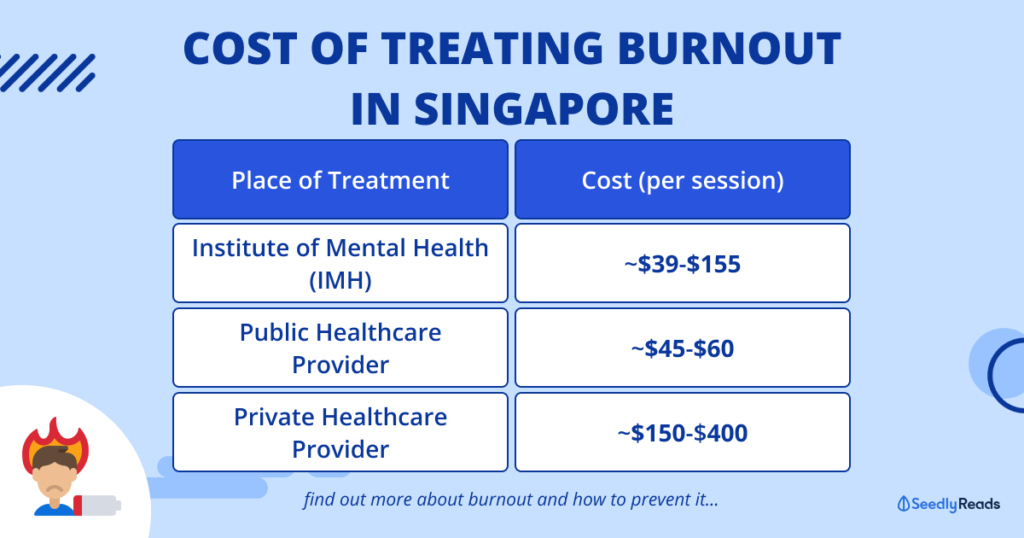 In some companies, leaving your work before your boss can also be frowned upon.

Some of us intentionally stay late for fear of looking bad and may make up for the overtime by going on longer breaks, thereby reducing our productivity and compromising on our personal time.

Elsewhere, companies like Microsoft Japan (a country infamous for overworking) implemented a four-day workweek, and worker productivity actually went up.

So unless you are absolutely inefficient at completing tasks, working OT should not be the norm.

Ever had multiple texts sent by your boss at ungodly hours?

Aside from working overtime, a company that fails to distinguish the lines between work and life can be a bad company to work in too.

Now, I’m not saying that you shouldn’t attend to urgent matters that come up at work. However, if your boss is constantly texting you outside of work hours, they may not respect your personal time.

This can also take a toll on your mental health as you are constantly worried about work instead of having some time off as you should.

3. Bad Bosses Who Micromanage, Berate, Give Vague Instructions and More

Sometimes, joining a good company does not mean that you’ll have a great time working there. The person managing you is probably the most important.

According to a Milieu Insight survey conducted in April 2022, 61% of Singaporeans think that managers who berate their employees publicly are a red flag.

45% also think that managers who micromanage are a red flag to look out for.

If the person managing you is not a good leader, you could be in for a very hard time.

“Happened in my time serving NS as HR. Something goes wrong, boss/superior straight finds a blame instead of finding a solution. Especially if its small mistakes which can be resolved by someone in a matter of minutes. I’ve had to tell them to calm down and figure out solutions to resolve the matter so many times.” – reddit

For the lack of a better word, Singaporeans call this culture, “cover backside”.

Most of us who did our National Service would be able to identify this culture immediately.

Singaporeans in general, are afraid of taking up responsibilities at their workplace as we are afraid of being penalised when things go south.

This hyper defensiveness can also affect the working relationship between departments, simply because each department does not want to be held responsible for any failures.

When this culture seeps into an organisation, it can lead to lowered productivity, since most of the time was spent pushing responsibility away.

As a result, the problem remains unsolved, and there is no initiative to find a solution.

We end up spending time, coming out with processes to hold someone accountable, leading to longer approval processes before something gets done. Meetings end up being very indecisive when no one steps up.

This culture can discourage teamwork, encourage an individualistic mentality, and give rise to a less trusting culture internally.

A solution-oriented worker may find themselves in the line of fire for taking up responsibilities, and stop doing so moving forward.

The fear of owning up to mistakes will also mean that it is difficult to attribute success to an individual or a team if things turn out well. Workers end up going through the motion in their daily work.

While this hyper defensive culture may not be exclusive to Singapore, strong traces of it linger in many companies locally.

That WhatsApp group chat without (insert hated colleague or boss here) in it.

One would think that gossiping, spreading false rumours and all-out drama would have ended in school.

After all, the workplace is where we need to be held to professional standards.

However, the reality is that workplace gossip is real and it can turn toxic very quickly.

All thanks to the advancements in technology, gossiping has gone from the usual pantry talks to online platforms such as WhatsApp.

Due to its closed nature, cliques are easily formed and could create an “us vs them” mentality where those who aren’t in the group are ostracised.

Such a divisive environment can be very destructive for a company as it may lead to misinformation and false accusations of employees.

In the worst case scenario, it may also result in workplace bullying where an individual is looked down upon and constantly insulted.

6. Giving the Capable People in the Team More Work

“I was in the company for about a year. A foreign MNC. This actually happened.
A friend of mine was very good at his job, and was constantly unfairly assigned to do some of the important assignments. Many times, he didn’t even have time for lunch.

If you find yourself doing way more work than your colleagues while they seem to be slacking off, it could be a sign of a toxic work environment too.

Especially in a fast-paced environment, the easiest thing to do is to hand the most important tasks to the top-performing employee.

Since doing your job well equates to being assigned more work, you may feel less motivated to complete your assignments on time or to do them well.

The worst part of it is that you find out that you receive the same (or lower) salary as your peers who are less competent.

This is why wage transparency is important and why many younger workers are starting to be more open about their salaries.

Seven years in and she is still at the same company.”

Imagine joining a company and being onboarded by someone who is constantly complaining about resigning and all the bad things about the company.

It can create a very bad first impression of your company.

Heading to work every day with one foot out the door and an air of dread can affect your mental health negatively.

Moreover, if there is an extremely high turnover rate where employees are constantly leaving, this could be a red flag too.

While job-hopping is becoming increasingly common, leaving a job is still not an easy decision.

If you realise that employees are leaving in droves and perhaps due to a specific reason or a bad boss, you may want to reconsider your stay in the company too.

How to Deal With a Toxic Work Environment

When it comes to dealing with toxic people at work, or a toxic work environment, you first need to understand that you are the change you seek.

It is nigh impossible to change your organisation and “detoxify” your work culture overnight.

After all, the culture of any organisation is laregly influenced by the individuals working in it.

Their attitudes, mentalities, interests, and beliefs are what contributes to the culture and we all know how hard it is to change someone else.

That said, here are some general tips that you can make use of to make the most out of your situation.

The first step to dealing with a toxic colleague, boss or work environment is to communicate.

Given Singapore’s conservative culture, it can be tough for us to approach people and give our feedback.

However, I’d encourage you to step out of your comfort zone and talk things out with the people you work with.

Share your pain points, how it affects your work and what you would like to see improved.

In essence, speak up, but make sure that you are bringing up rational points and not saying things out of anger.

If you’ve tried to talk things through with the parties concerned but things at work have not changed, seek help from the Human Resources department (if your company has one).

Sometimes, things aren’t communicated clearly and there’s a need for a third-party who is professionally qualified to mediate.

Having taken a political communications unit myself, communication is a complex and dynamic subject, so you shouldn’t feel bad for being unable to resolve things by yourself.

Ideally, the HR department will take your feedback and help you out where they can.

However, there may be times when your feedback falls on deaf ears.

If you’ve exhausted all means, it might be better to just gtfo (leave the company), and look for a better opportunity.

Yes, I know how scary it is to be out there in the job market again. But sometimes, we need to really weigh the consequences of “sucking it up” and continuing work in a toxic company.

While you may be earning good money, there is also a soul-crushing, mental cost that you have to pay.

It really boils down to this.

Do you want to be a career zombie? Or would you rather lead a fulfilling work life? 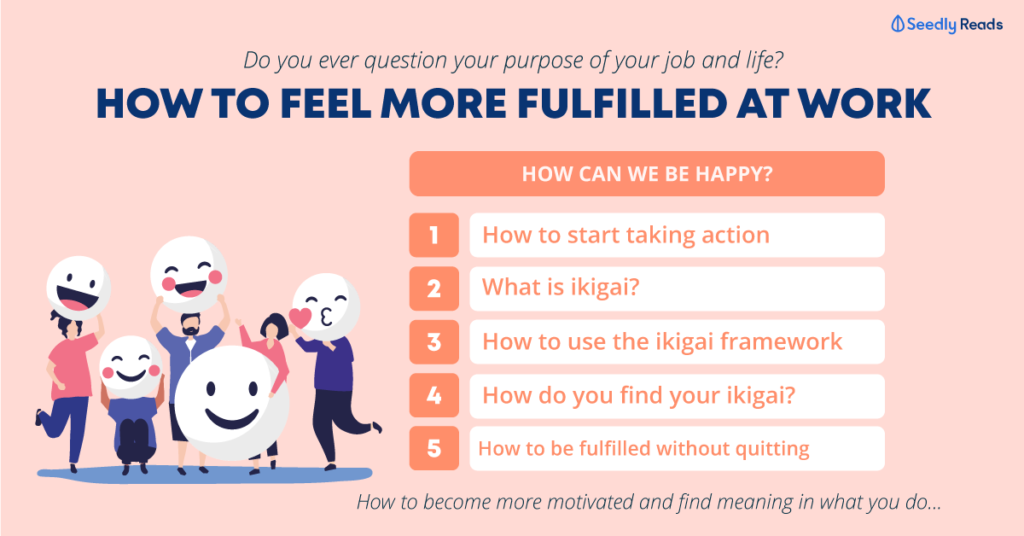 If you are feeling stuck and unhappy at your job, start planning your exit strategy and leave when you are ready.

While you’re hunting for a new job, be sure to look out for the same warning signs of a toxic work culture, be it through sites like Glassdoor, through the interview or your own connections.

You wouldn’t want a round two now would you?