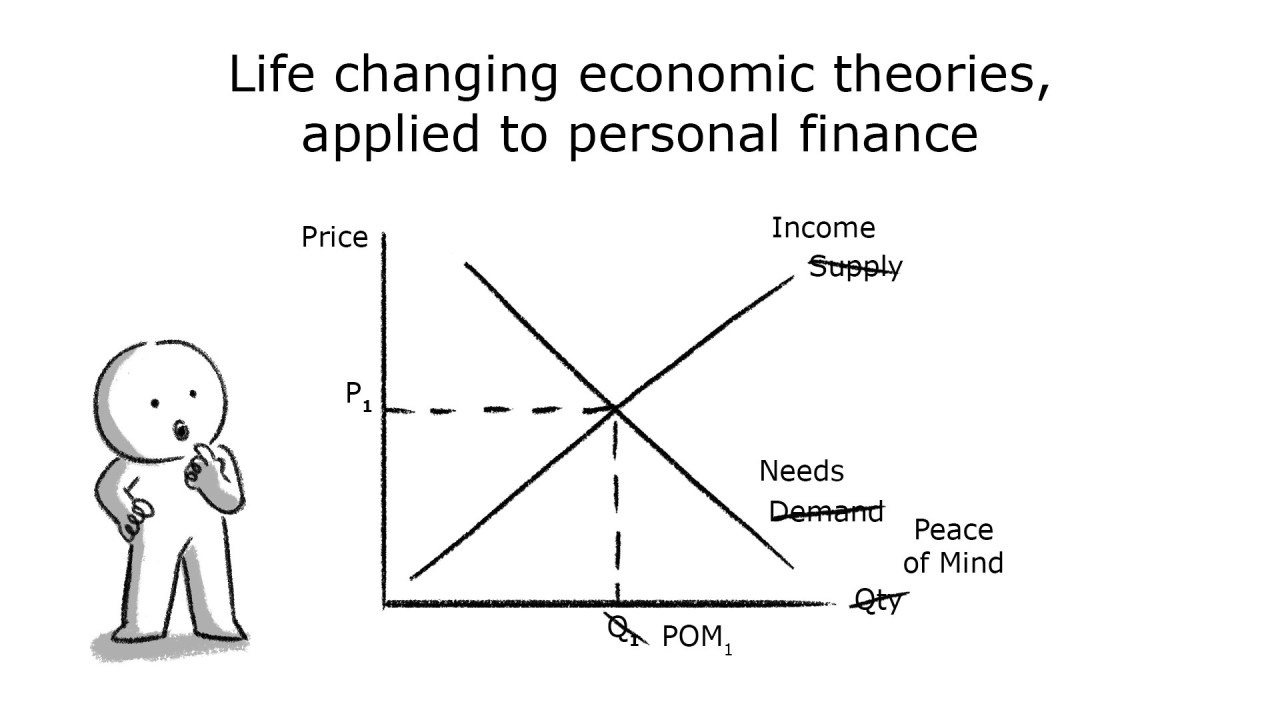 My parents always insisted that I should make economics a core part of what I learnt in school.

So when I went to Ngee Ann as a Mass Communication student, I absolutely disappointed them.

That said, it’s never too late to start learning.

As part of my commitment to becoming a specialist with a generalist skillset, I’ve started to pick up economics along the way by reading articles and watching videos, just to see what I’m missing.

And it turns out, my parents were right. I was indeed missing out on a lot. Here are six theories that made me wish I went to JC and learnt the subject earlier.

We’ve reframed these so that it applies to individuals instead of entire countries or geopolitical regions. Here’s to hoping it helps tweak your perspectives.

They certainly changed mine. 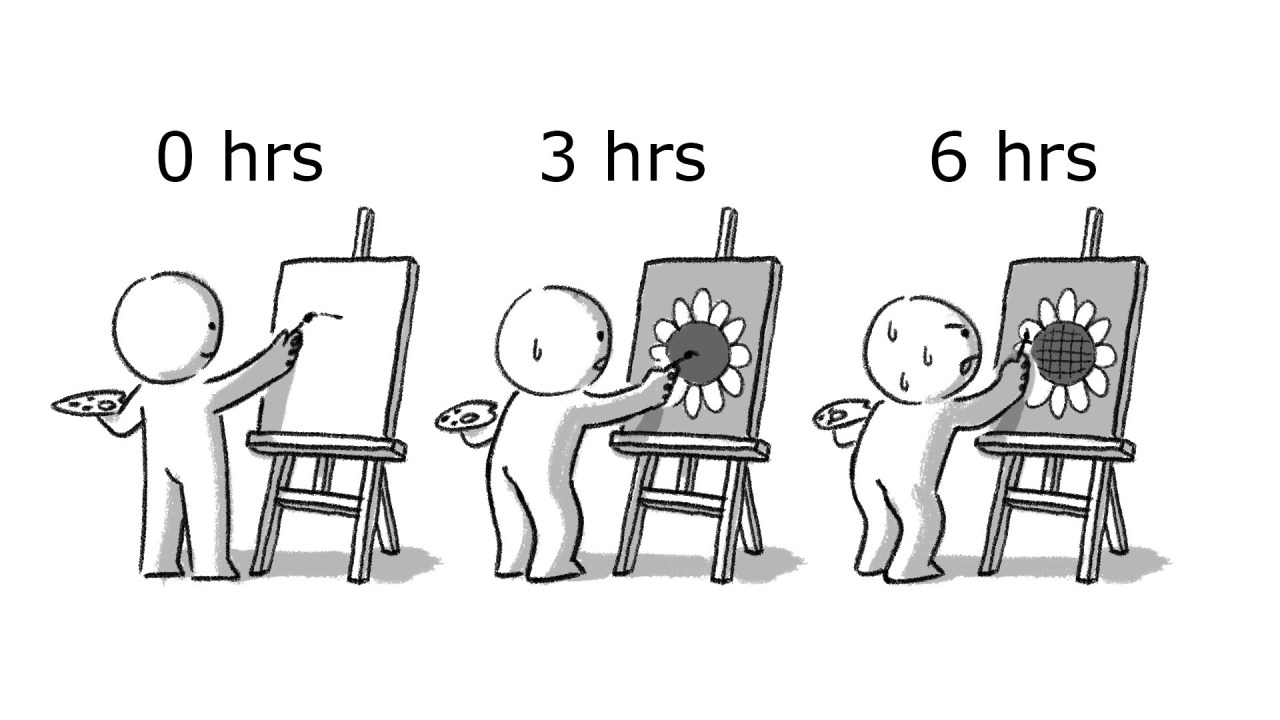 Simply put: Allocating more time/resources/energy into something usually means a positive outcome. But there comes a point where adding more just doesn’t have a big impact anymore.

How you can think about it: If you work 8 hours a day, you are an acceptable employee with okay performance.

12 hours a day? You might be an exceptional employee with high performance. You might even get an increment because of your effort.

After that, it doesn’t make sense to work any harder or longer, at least when it comes to money. Your boss won’t pay you even more if you work 24 hours a day.

That is why money rarely is the sole solution to a contented life.

Paradox of Plenty, or the ‘Resource Curse’ 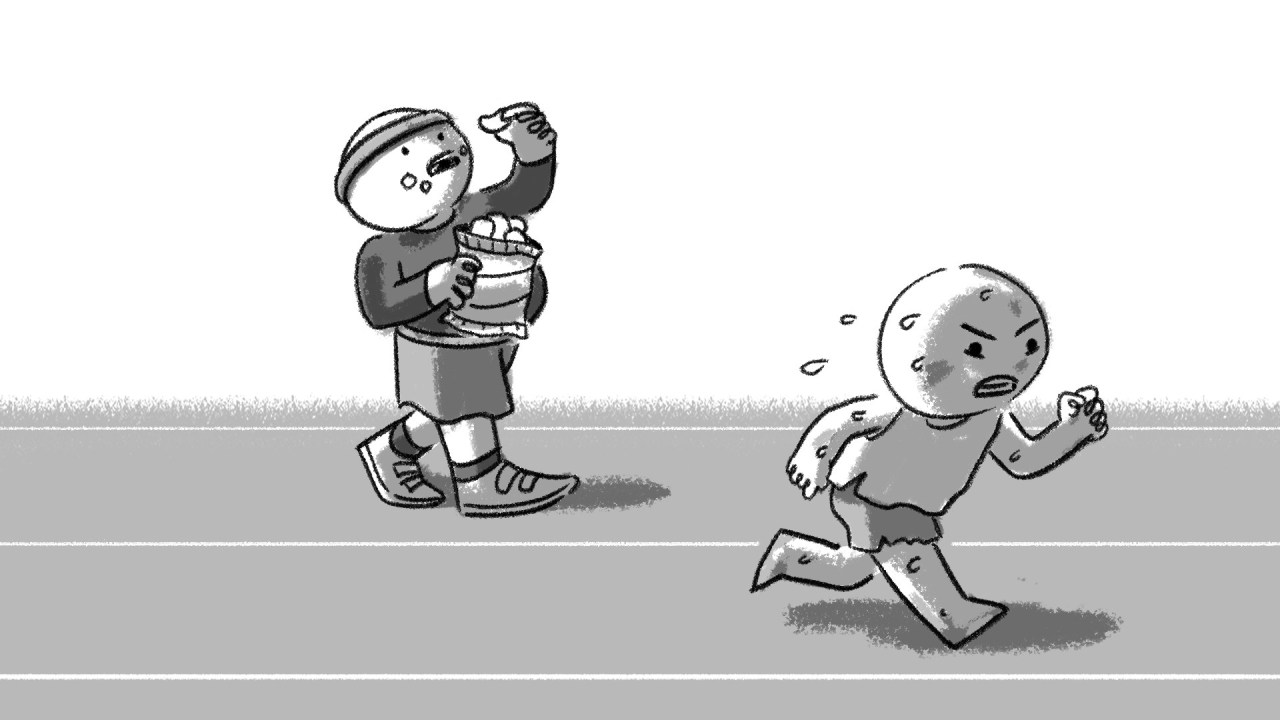 Simply put: If you have a lot of resources, but become overly reliant on it and don’t develop your own skills, then you’ll fall behind someone with fewer resources but with the right attitude.

How you can think about it: The reverse implication here is this: you might be born in a poor family, but if enough rich kids suffer from the paradox of plenty – and they will – you will not need to remain poor forever.

Even if you feel disadvantaged in our unequal society, never feel that you don’t stand a chance. That’s a sure way to be defeatist.

Think of yourself as 1960s Singapore with no natural resources.

The neighbouring countries are bigger than you, they have more resources, more people, some of them even exploited and colonised you for close to a hundred years – how can you come up ahead?

Be hungrier. Be enterprising. Be focused.

(Caveat: Those from the lowest of income groups will almost certainly have an uphill battle against systemic poverty. This documentary by CNA gives you an idea of what they’re up against. That said, we firmly believe the majority of Singaporeans have the agency to change their fortunes.) 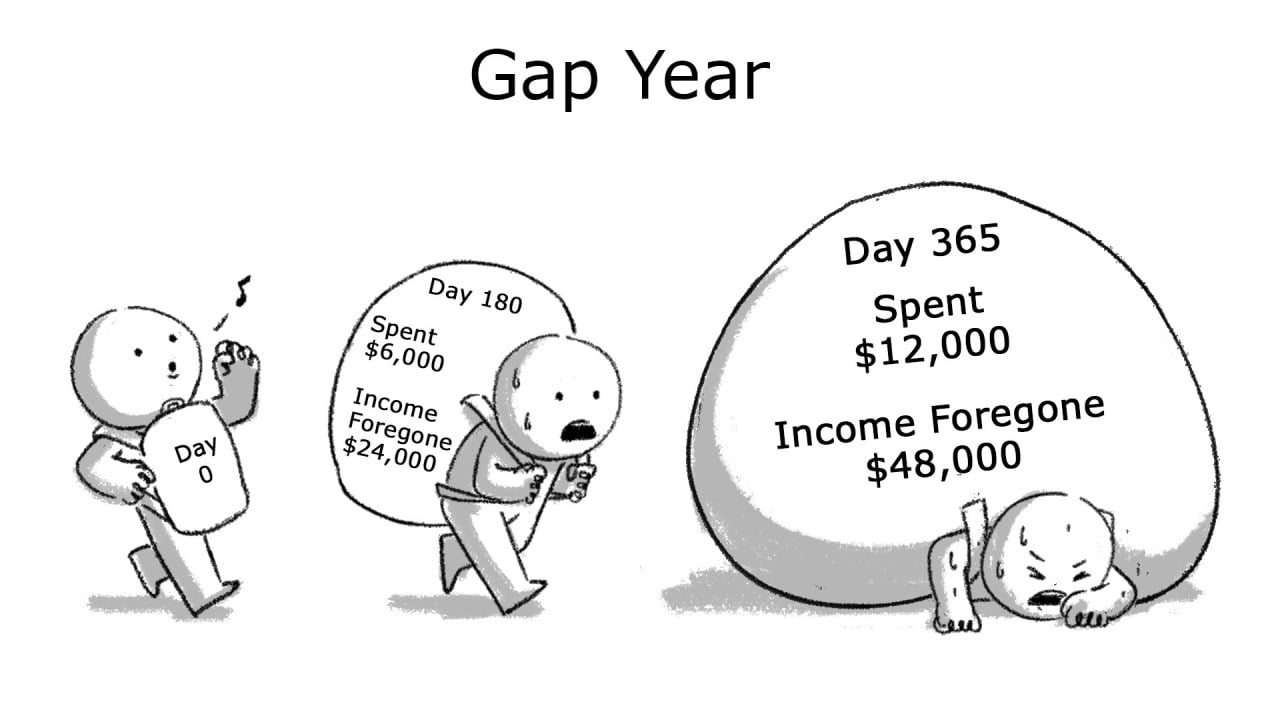 Simply put: The choices you make have consequences, often beyond surface value. For example, if you choose A over B, you don’t just miss out on B, you miss out all the benefits associated with B.

How you can think about it: if you go for a gap year, you don’t just spend $12,000. You also give up an entire year’s salary. So the ‘total’ cost of you going on gap year is actually far more than what you think.

This is also partly the reason why we’re against buying expensive cars (amongst other reasons), especially if you’re just starting out.

Just to be clear, we’re not saying don’t go on gap years, or never buy a car. It’s more a matter of  knowing what you’ll be giving up.

(We cover this slightly more in detail with this article about spending your first $100,000.) Simply put: Products in different markets (say, for example, Johor Bahru and Singapore) differ in prices. That presents an opportunity to buy, sell or trade the product or profit from it.

How you can think about it: Apart from the obvious implication here of buying stuff low and selling stuff high, I’d like to talk about something more intangible – retirement.

I estimate that to retire in Singapore at 35 without need to work again, you’d need at LEAST S$1.2 million in cash. That is out of reach for most people, myself included.

This is known as geo arbitrage, and it’s why I’m never afraid of retiring because there’s always the option of moving to somewhere more affordable.

If it ever comes to a point where I can no longer afford Singapore, I have no qualms about moving.

(Sure, maybe you give up some comforts and convenience, but if it’s early retirement you want, there are trade-offs.) 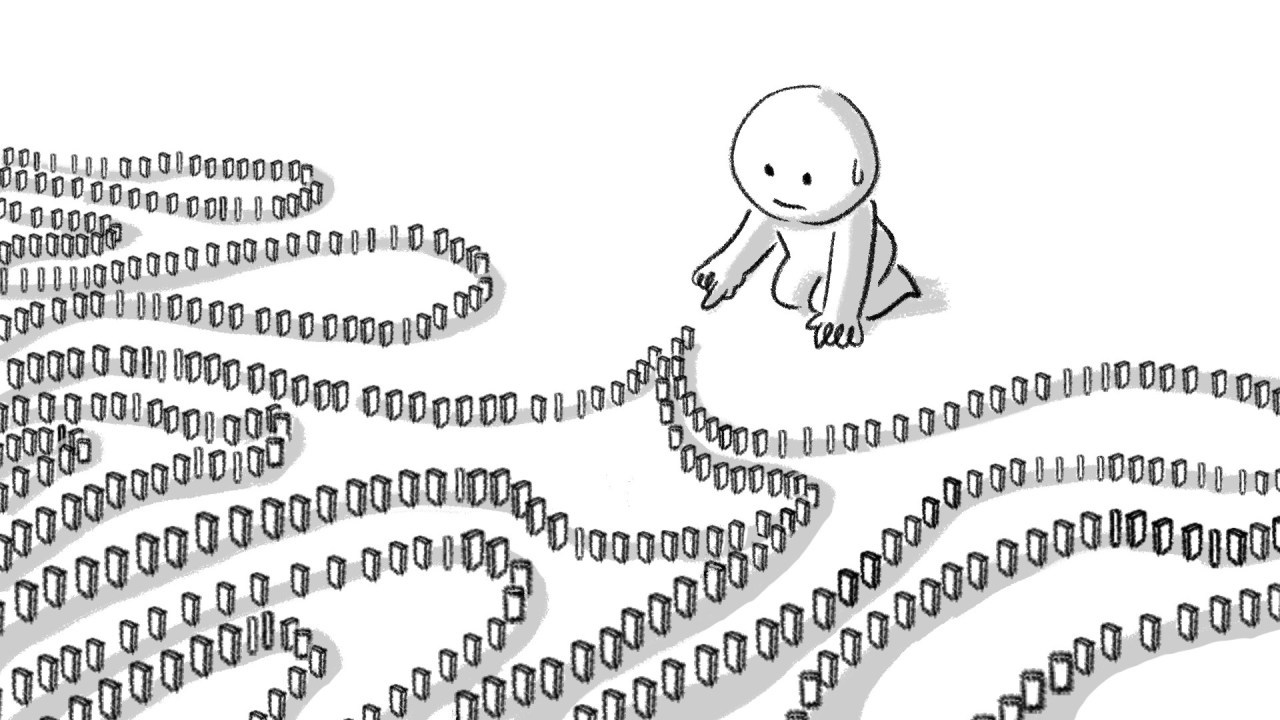 Simply put: Roughly 80% of things that happen come from 20% of actions.

How I think about it: I believe that 20% of your financial decisions in your 20s and 30s will determine most of your life. Make six bad big life decisions, and you’ll find it really hard to recover from them.

The house you buy – is it affordable? Are you struggling with payments? Did it cripple your ability to invest? (also see: Opportunity cost)

Whether or not you bought a car – this will most certainly prevent you from investing your money. (also see: Opportunity cost)

Your life partner – are they aligned with your financial goals?

Whether or not you have kids – are you bringing people into the world when you can’t afford them?

The reason why people mess up these major financial decisions? Societal norms and peer pressure that make them seem like natural decisions and conventional wisdom.

Wake up, my friends. Simply put: It costs less to be rich, and it costs more to be poor.

The analogy used for the Boots Theory of Socioeconomic Unfairness?

A $50 pair of boots might cost more than a $10 one but will be able to last an entire lifetime. The $10 one will need replacing every year or so.

Over the long run, replacing many $10 boots over many years will add up and eventually cost more than $50.

How you can think about it: Money buys advantage, no question about it.

Someone who can afford to live closer to work will spend less time commuting, and more time being productive.

Someone who can afford healthy meals will pay less medical bills than the person eating instant noodles every day.

Someone who can afford to retire at 35 and exercise regularly, will live longer than the person who leads a sedentary lifestyle in the office all the way till 65.

TL;DR: We believe money will help us make better decisions and enable us to have a longer-term mindset, instead of blindly chasing short-term gratification.

And generally, the less rushed your decisions are, the better they are.

Finally, something to mull over.

The poor struggle from day-to-day.

The middle-class plan for month-to-month.

The wealthy think in terms of decades – generations even.

Even if you don’t want to be rich, do note that to live life on your own terms, you need at least a certain amount of wealth.

Otherwise, you’ll just be running on the economic treadmill, destined to burn out.