Growing up, I’ve seen so many dramas showing how families were torn apart when they are forced to a corner with decisions pertaining to life and death.

I always thought they were just being dramatic.

How can a family that has been through so much together fall out just because of a single decision?

Is it really such a difficult choice to make?

As I grew older, I realised that this happens in real life too.

While we are fit and healthy, it’s difficult to imagine that we would need such conversations beforehand.

However, an emergency may strike anytime, which might leave our families in distress when they have to make any decisions on our behalf.

Which is why planning for our future is important even though it feels difficult.

Besides planning for your assets and beneficiaries, you can also decide on your own medical treatment if it’s required in the future.

This can be done through an Advance Medical Directive (AMD).

TL;DR: Plan for Your Medical Future with the Advance Medical Directive (AMD)

What is an Advance Medical Directive (AMD)? 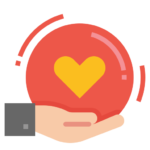 When an individual is in a medical state where there is a need for life-sustaining treatment, there is a choice of whether such treatment should be administered.

An Advance Medical Directive (AMD) is a legal document that an individual can sign in advance to inform the doctor of his/her decisions in an event of terminal illness or unconsciousness, that he/she does not want any extraordinary life-sustaining treatment to be used to prolong his/her life.

It is basically a set of instructions to tell your doctor what kind of care you would like to have if you become unable to make medical decisions.

It is not to be confused with euthanasia, which is a means to end life by unnatural means, such as the administration of lethal chemicals.

Why Should You Make One? 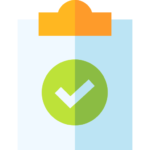 When facing a medical condition, some of us would rather leave the world naturally, rather than having our lives prolonged through artificial means.

Having an AMD is a legally recognised way to prevent an extension of such suffering, allowing patients to have wishes honoured and have a natural dignified death.

In addition, AMDs are kept confidential.

Even hospital staff are not permitted to ask whether you’ve made one.

Only your attending doctor will be able to check with the Registrar of Medical Directives if one is made if you’re terminally ill.

Difference between Advanced Medical Directive (AMD) and Do Not Resuscitate (DNR) 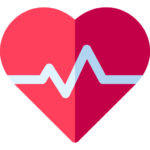 While both the AMD and Do Not Resuscitate (DNR) order focus on medical treatments in situations where decisions cannot be made, a DNR order is mainly for individuals whose heart has stopped or has stopped breathing.

A DNR order is basically a request not to have cardiopulmonary resuscitation (CPR) to revive or resuscitate the patient when the heart has flatlined.

What About Lasting Power of Attorney (LPA)? 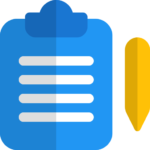 For Lasting Power of Attorney (LPA), individuals will appoint one or more persons to be their donee(s).

In an unfortunate situation where you lose your mental capacity, they will step in to act and make decisions on your behalf, with regards to your personal welfare, property and affairs.

For AMD, the scope is a lot more specific, where you will be deciding on your own medical treatment beforehand.

Who Is Eligible To Make an Advanced Medical Directive (AMD)? 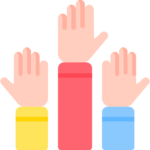 To be eligible, you have to be at least 21 years old and not mentally incapacitated.

If you fulfil both conditions, you can make one anytime.

How Do I Make One? 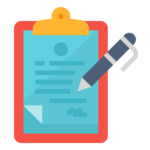 If you’re interested in making an AMD, here are the steps to do so:

Step 1: Obtain the AMD form from polyclinics, private clinics or hospitals or download it from the Ministry of Health (MOH) website.

The other witness must be at least 21 years old.

In addition, both witnesses must not have any vested interests in the applicant’s death.

A relative will be allowed to act as the witness, given that there are no vested interests in the applicant’s death.

Step 3: Submit the signed AMD form to the Registrar of Advance Medical Directives in a sealed envelope by mail or by hand.

Step 4: After your AMD is registered, an acknowledgement will be received from the Registrar of AMD.

The AMD is legally binding once it is received.

With this, any family objection would not be able to invalidate it, even though it is recommended to discuss this with your family members to get their support.

When Does the Advance Medical Directive (AMD) Take Effect? 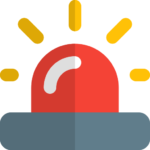 The AMD takes effect when you’re terminally ill and have lost your mental capacity to make decisions.

According to the AMD Act, terminal illness means an incurable condition caused by injury or disease from which there is no reasonable prospect of a temporary or permanent recovery where:

For this to happen, three doctors (including the attending doctor) must unanimously certify the terminal illness.

Two of the doctors MUST be specialists.

In an event where it is not a unanimous decision, the Director will appoint another committee of three specialists from a panel of specialists appointed by the Ministry of Health.

If the second panel of doctors cannot agree unanimously on the certification of terminal illness, the AMD will not take effect.

How Much Does It Cost To Make One? 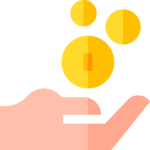 The application and submission of the AMD form are free.

However, there might be charges by the medical practitioner for the services rendered – to act as a witness and assessment required for the making of the AMD.

There is no need for a lawyer for the application even though it’s a legally binding document.

Can an Advance Medical Directive (AMD) Be Revoked? 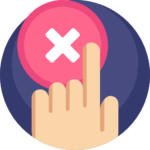 Changed your mind and hoping to have your AMD revoked?

Don’t worry, you can do so!

All you need is to sign a revocation form in the presence of one witness.

Alternatively, you or your witness can write a letter to the Registrar of AMDs, with the letter stating:

Plan for Your Own Future With the Advance Medical Directive (AMD)

It might take a lot of energy to start talking about topics like healthcare and illnesses, and just shudder at the thought of how expensive healthcare is in Singapore.

But it’s also something that we would not hope to start too late, because no amounts of money would be able to let us buy our health back.

If you’re someone with an opinion and hope to have your wishes fulfilled, it’s never too late to start drafting your AMD.

Besides getting adequate insurance coverage for your needs, of course.

Have any burning questions on healthcare? Get your queries answered at our SeedlyCommunity!