Do you use your phone to only…

and somehow find yourself busting your data usage cap every month?!

You probably need to switch to an unlimited data mobile plan.

I mean, it beats having to pay a ridiculous amount for additional data after you bust your data usage cap right? (read: not very personal finance-friendly)

Note: all of the plans mentioned are SIM-only no-contract plans

IMO, the true unlimited data mobile plans aren’t the best options as the speeds are always managed after a certain cap

If it were up to me, I would go with one of those base plans where I can add on a bundle and push my data up to however much data that I want.

Which is pretty close to unlimited if you ask me.

And it’s better since the speeds are throttled.

Comparison Of The Best Unlimited Data Plans In Singapore

Here are the best unlimited data mobile plans from the various telcos in Singapore. 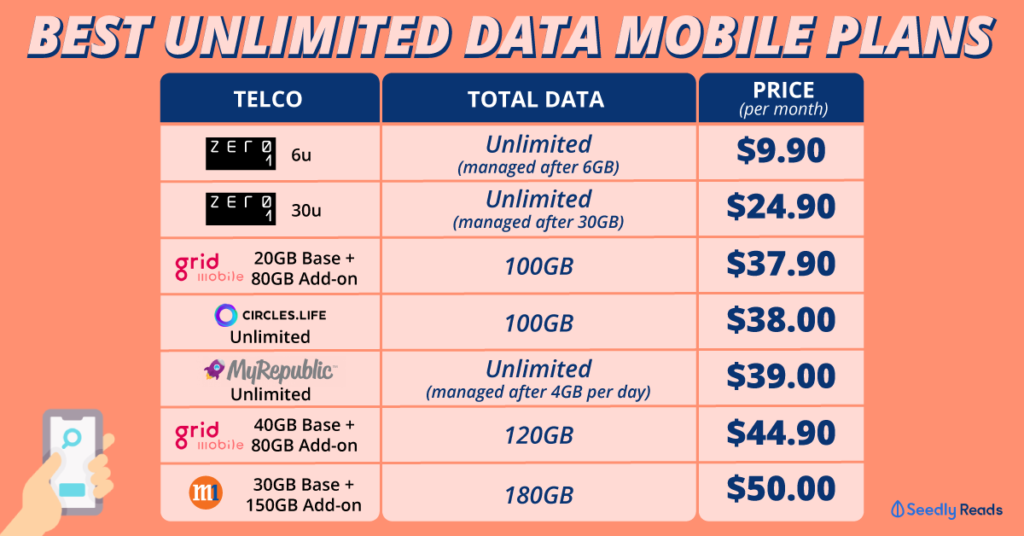 How To Decide On Which Unlimited Data Plan To Get

Finding the cheapest unlimited data mobile plan is only half of the story.

In order to find the best unlimited data mobile plan, you’re probably going to want to find out more about stuff like customer support, network coverage and connectivity, and whether the speeds are throttled or not.

And the best way to find out about stuff like that is by relying on real-user reviews left by the SeedlyCommunity!

I mean, you could ask your friends what they’re using.

But most people are just gonna complain that their plan is cui.

Or aren’t really sure what to tell you.

So why not check out SeedlyReviews left by community members who want to help others make better financial decisions when it comes to finding an appropriate data mobile plan?

Oh, and if an unlimited data plan is just waaaaaay too much data for you, you could also use our Cheapest SIM Only Data Plans Comparison to find a more ideal plan. You’ll be able to find the cheapest SIM-only plan for yourself amongst other popular Singapore telcos like Singtel, Starhub, GOMO, giga!, and many more.

With the advent of MVNOs like GOMO and giga! who have made data accessible and affordable for the masses.

Not many telcos offer a traditional unlimited data mobile plan.

Because more often than not, you can probably pick up multiple, cheap SIM-only plans to satisfy your data needs.

The MyRepublic Unlimited Data Plan gives you, well, unlimited data at $39 per month.

This deal is probably one of the cheapest unlimited data plans offered so far.

But as we all know, the mobile data plan scene is highly competitive so look out for promos and limited time deals.

However, your 4G data is capped at 6GB and will be rendered at “usable speeds” thereafter (read: managed).

After that, the unlimited data you get is pretty much only good for watching YouTube videos in 144p.

And you’ll get managed speeds thereafter.

Mobile Plans with More Than 100GB Data In Singapore

The following are data mobile plans that are not unlimited.

BUT have at least 100GB per month for your heavy data consumption.

The Circle Life’s Unlimited Plan gives you 100GB at 4G speed with free data rollover of up to 300GB at an affordable $38 per month.

Your rollover data never expires as long as you don’t cancel your subscription.

That’s all there is to it: an abundance of data with no plans and no-frills.

While it doesn’t have an unlimited data plan, it has add-ons that you can add to your data allowance.

Which can total up to more than 100GB per month.

Here’s an example of what you can do with your Grid Mobile Base Plans in order to get more than 100GB in mobile data: 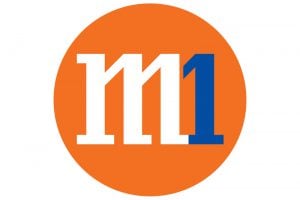 But that’s only for the weekend, so that’s not really true unlimited data.

If you’re running a business or are a sales professional who makes hundreds of calls a day.

The lengthy talktime and SMS-es should come in handy.

And that’s on top of the almost unlimited data that you’re already getting.