As an asset class, cryptocurrencies (crypto) are known for being infamously volatile, save for exceptions like stablecoins. Even the largest cryptocurrency Bitcoin (BTC) is still not immune to this volatility.

BTC’s price soared to an all-time high in March after Tesla announced that it had acquired US$1.5 billion BTC and Musk tweeting that Tesla would be accepting the token as payment for Tesla vehicles.

However, the company’s earnings reports that was released in April 2021, revealed that the company cashed out about 10 per cent of its Bitcoin holdings for about US$272 million in cash.

This netted the company about US$101 million in profits boosting its record quarter.

Just last week, Musk announced on Twitter that Tesla will no longer be accepting BTC as payment citing the token’s ‘great cost to the environment.’

Since then, the market value of bitcoin has fallen from US$1.1 trillion in April 2021 to about US$847 billion at the time of writing.

This however has sparked interest in more eco-friendly crypto alternatives like Cardano (ADA) which saw the coin temporarily become the fourth biggest coin by market capitalisation at the time of writing.

Naturally, this might be concerning for you if you are holding BTC or other cryptos.

Here are four things you need to know!

Disclaimer: The information provided by Seedly serves as an educational piece and is not intended to be personalised investment advice. ​Readers should always do their own due diligence and consider their financial goals before investing in any investment product. The writer may have a vested interest in the investments products mentioned. Information is accurate as of 14 May 2021.

1. Will Tesla Sell More of its Bitcoin?

The short answer? There’s really no telling what Tesla will do with its Bitcoin holdings.

Over the weekend, Musk responded to Twitter account @CryptoWhale, a self-styled ‘crypto analyst’ that writes about market and crypto trends on his/her’s Medium blog.

This tweet suggested that Tesla may be planning to sell off more of its Bitcoin holdings, coupled with Musk’s tweets over that weekend criticising Bitcoin’s lack of decentralisation and his belief in crypto sparked a Bitcoin selloff.

On Monday (17 May 2021) Musk tweeted again denying that Tesla has sold any Bitcoin:

This saw Bitcoin’s price bouncing back to US$45,300 at the time of writing.

What a wild ride indeed.

This move has shown a spotlight on Bitcoin’s negative impact on the environment.

This boils down to the energy needed for the creation of new Bitcoins.

As Bitcoin operates on the Proof of Work (PoW) consensus mechanism and process, new bitcoins are minted through bitcoin mining.

In other words, the PoW process functions as a consensus mechanism that decides who gets to update the ledger amongst a group of unrelated strangers who have no reason to cooperate with each other.

The mining process takes a toll on the environment but not as much as you expect.

According to a report from Galaxy Digital, a diversified financial services firm dedicated to the digital asset, cryptocurrency and blockchain technology industry, Bitcoin consumes about 113.89 Terawatt-hour (TWh) annually.

To put this into context, this is more than double Singapore’s annual electricity consumption of 51.7 TWh in 2019 according to data from the Energy Market Authority.

Also, a survey done by Cambridge University’s Centre for Alternative Finance in October 2020 found that although 76 per cent of proof-of-work miners used renewable energy, only about 39 per cent of total energy consumption actually comes from renewables.

This may seem like quite a bit of energy. But, I would think that a more fair comparison would be to compare Bitcoin’s energy consumption to rival assets like Gold or the fiat currencies issued by central banks.

Granted, the environmental footprint of Bitcoin mining is still not ideal. But, at least it is less than the banking and gold industry.

This may weaken Bitcoin’s dominance at least in the short term especially with the Environmental, Social, and Corporate Governance (ESG) investing movement picking up steam.

The landscape of crypto is changing.

But, its dominance has been waning as more altcoins coins have been introduced and have gained in value.

The total market capitalisation of all altcoins is about US$1.36 trillion after hitting all-time highs of almost US$1.5 trillion last week.

In the past, the majority of the top 50 coins used to move together in one general direction on any given day.

But, it appears thing are changing,

Despite the recent crypto market correction, there are supporters like Plan B who seem sure that Bitcoin’s bull run in just starting.

For the uninitiated, Plan B or @100trillionusd as he is known on Twitter claims to be a Dutch institutional investor with a legal and quantitative finance background that manages around US$100 billion in assets.

He was also the one who came up with the influential Bitcoin (BTC) Stock-to-Flow (S2F) model in his paper Modeling Bitcoin Value with Scarcity that was published back in 2019,

Plan B used scarcity to quantify and model Bitcoin’s value, arguing that Bitcoin is a scarce digital resource (the maximum and total amount of bitcoins that can ever exist is 21 million.)

Also, this S2F model can be used to value commodities and precious metals as well.

Like the name suggests, the S2F ratio measures the relationship between the stock of a certain resource in circulation (number of bitcoins in circulation) against the flow of the resource (how many bitcoins are being produced).

As such, this ratio cannot be detached from the demand and supply mechanism which means that the Bitcoin halving events have a great impact on this ratio.

FYI: According to Investopedia: a Bitcoin halving event is when the reward for mining Bitcoin transactions is cut in half. This event also cuts in half Bitcoin’s inflation rate and the rate at which new Bitcoins enter circulation. Both previous halvings have correlated with intense boom and bust cycles that have ended with higher prices than prior to the event.

This correlation between the S2F model and bitcoin’s price can be seen in the chart below.

So far, the modal has been largely accurate in predicting Bitcoin’s price movements.

Theoretically, this price could rise to more than US$100,000 at the end of 2021 based on the stock-to-flow model shown above.

In addition, Plan B has even upgraded his S2F model for Bitcoin, dubbing it the “BTC S2F cross-asset (S2FX) model.”

He also tweeted that the ‘S2FX (model) intact … this is starting to look like 2013 bull market’ in reference to Bitcoin’s first bull run in 2013.

Athough Plan B is extremely bullish and he has been right so far, let’s remember that past performance is not indicative of future returns.

Also, critics of this model say that one of the model’s limitations is its assumptions which may be unable to take into account the other aspects of Bitcoin’s valuation other than supply scarcity.

One such argument states that since Bitcoin has only been around for 11 plus years, there is not enough data to make this model more reliable and accurate.

In addition, external factors like unforeseen economic Black Swan events could negatively affect this model. But this is also true for other models that rely on historical data to make price predictions.

Not to mention that some banks and research firms have set price targets for Bitcoin based on these fundamental analysis and scarcity models.

For example, global investment bank and financial services holding company JPMorgan Chase are bullish as per their undated price target for Bitcoin.

Back in April 2021, JPMorgan analysts wrote that:

Mechanically, the bitcoin price would have to rise [to] US$130,000, to match the total private sector investment in gold.

Other supporters like Thomas Lee a top-ranked Wall Street analyst with some 30 years of research experience, and the former Chief Equity Strategist at global investment bank JPMorgan from Fundstrat Global Advisors told Business Insider on 16 May 2021 that he is still bullish on Bitcoin.

Got More Questions About Bitcoin?

Why not sign up or log-in to your FREE Seedly account and join in the exciting discussion on Seedly! 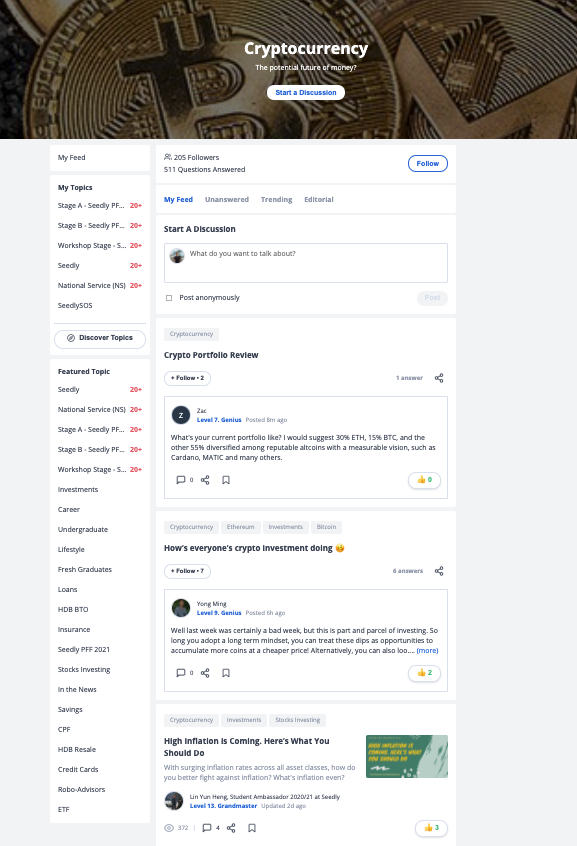