GrabPay Card: I Wish It Was A Visa
199
shares 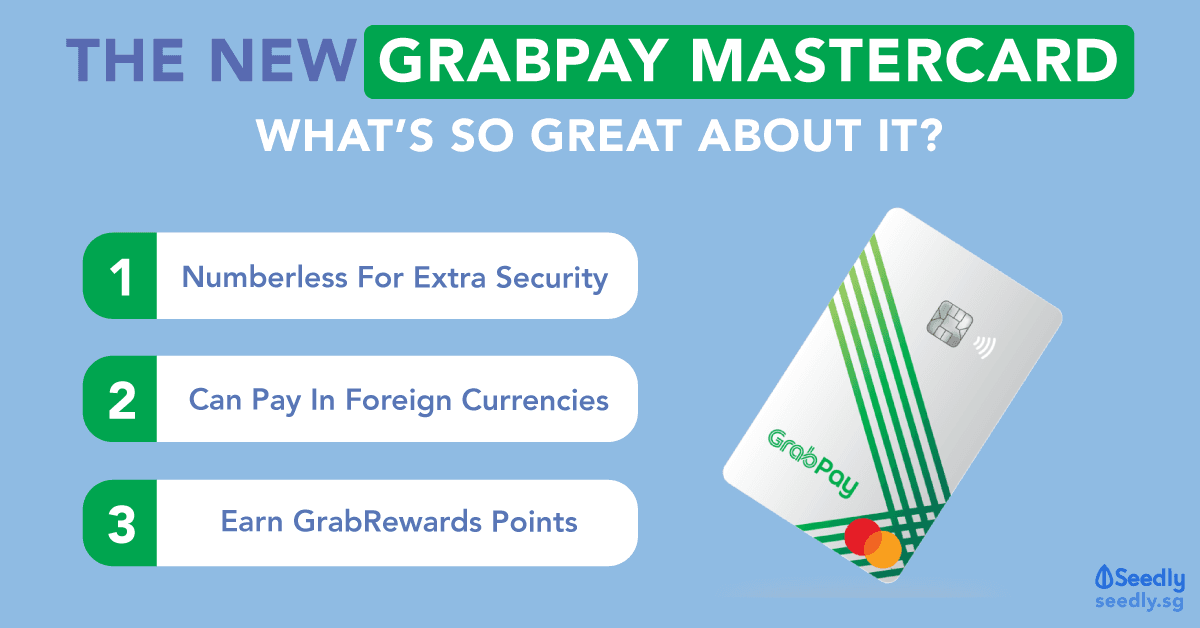 GrabPay Card: I Wish It Was A Visa

Remember how the Apple Card launched in the US to a lot of hype?

One of the key features of the card is that it has no printed numbers on it.

Instead, all of these numbers are only privy to you via the Apple Wallet app on your iPhone.

And while it has been slated for an international release, there’s no official word from Cupertino with regard to when we’ll see smug Singaporeans pay for their bubble tea with their sleek, titanium, numberless, and extra secure Apple Card.

Initially available to selected users earlier in the year.

The GrabPay Card officially launched on 5 Dec 2019, and users can now request for a physical GrabPay card through their Grab app.

This means that in about 7 to 10 working days, we’ll start seeing smug Singaporeans pay for their bubble tea with their brand new, numberless, and extra secure GrabPay Mastercard.

So… How Do I Buy Stuff Online If There’re No Numbers?

As the physical GrabPay Card is completely numberless, you can hand your card over for payment without worrying about theft of your personal and financial information.

But if you want to make a payment online…

You’ll need to know where to find your Mastercard number, expiration date, and CVC.

Here’s how to find them:

There’s also an option to lock your card, while you report the issue to Grab’s 24-hour Customer Service team, should you lose the physical one.

In addition, the GrabPay Card offers an additional layer of protection with 3DSecure technology to protect you from online fraud.

In less cheem terms, it’s a security protocol that requires you to authenticate the purchase with an additional verification step (via SMS) when paying.

The advent of multi-currency cards has ushered in an era of (almost) zero transaction and admin fees when making a card purchase overseas.

With the GrabPay Card, simply top up your GrabPay balance in your home currency and you can convert the balance to foreign currencies for overseas spending.

Based on what limited information I can find, it’s not immediately clear what kind of conversion rate GrabPay will be using.

However, all I know is that the conversion rate will be disclosed to you prior to purchase and that it is “better than any bank“.

According to Grab’s current terms and conditions, the foreign-currency transaction fee is 2 per cent, while an overseas ATM withdrawal incurs a S$5 charge.

Here is the schedule of fees to take note:

And if you book your flights with your GrabPay Card and registered them to enjoy Mastercard’s Flight Delay Pass, you’ll get access to over 1,000 airport lounges worldwide if you face a delay for over two hours.

Before you walk away thinking that you have unlimited lounge access, read that sentence again.

That’s right. The caveat for gaining access is that you have to face a delay for more than two hours.

If you’re a casual vacationer, it’s unlikely that’ll happen often enough for you to consider this a useful perk.

But I guess it’s nice to have if you’re a frequent flyer.

Will The GrabPay Card Be The One (Travel) Card To Rule Them All?

While I haven’t tested the GrabPay Card yet, the most similar multi-currency wallet/debit card system which I have used recently was YouTrip.

When I landed in Los Angeles, I wanted to purchase a bottle of water and decided to test my brand new YouTrip Mastercard.

I checked that I had sufficient USD in my wallet, inserted the card into the chip reader, and hoped for the best.

I decided to stick with the YouTrip Mastercard throughout my vacation – whenever I had to use a credit card – in order to keep my overseas transaction fees as low as possible.

Unfortunately, it wasn’t as seamless an experience as I had hoped.

When I tried to pay for a purchase at Everlane (a brand with a focus on sustainable clothing) in Los Angeles, my YouTrip Mastercard was declined.

This is despite me having more than enough USD in my YouTrip wallet.

But when I tried to pay for another purchase at another Everlane in San Francisco, my YouTrip Mastercard transaction went through without a hitch.

And it was for an even larger amount than the previous purchase in L.A.

My card was declined again when I tried to pay for a night’s stay at a hotel in Las Vegas (not the deposit mind you, but the full night’s charge upon checking out).

But it worked when I used my YouTrip card in a Starbucks right after I checked out of the hotel, which rejected the same YouTrip Mastercard.

Strangely, these are places which do accept Mastercard.

And it’s not like I visited far-flung towns on the outskirts of civilisation.

So either there’s something wrong with Mastercard.

Or… there’s always a chance that there might be some issues with using a multi-currency/debit card set up as the main means of card payment when overseas.

“How did you pay for the card purchases when your YouTrip Mastercard was rejected,” you ask?

Well, I used my good ol’ Citibank Visa card instead.

Which has never failed me in Europe, Korea, Japan, and all over South East Asia.

This begets the question… will the GrabPay Mastercard present the same issues?

I’ll find out once I can take it out into the field to test it.

But even then, I don’t think I’ll leave home without a Visa – just in case.

Side note: it seems like application for the GrabPay Mastercard is only open to select Grab Platinum members for now.

Grab users will be pleased to note that any amount spent using the GrabPay Card will earn you GrabRewards points.

These points can be used to redeem for Grab rides, dining and shopping vouchers, and even $5 off management fees with StashAway.

As part of this launch promotional period, using the GrabPay Card will reward you with up to 10x GrabRewards points for every dollar spent.

Best of all, you can redeem your points anywhere in Southeast Asia.

Why Should I Use GrabPay Card?

Considering that most, if not all of us, are using Grab for daily commutes, food deliveries, and payments.

Our daily lives are pretty much entwined with Grab’s ecosystem of services in its super app.

Just like how most of us are with Apple – with our Macs, iPhones, iPads, and Apple Watches.

I suppose the real question here is why not?

The introduction of the GrabPay Card after Grab’s application for a digital banking licence in Singapore, shows that the emerald behemoth is serious about becoming a truly Asean digital wallet that would enable borderless payments.

It’s something that we all should welcome if it means eradicating the need for physical currency, foreign exchange fees, and becoming a truly cashless society.

Till that happens, my only wish is that there’s a Visa option for the GrabPay Card.

Or that it’s a stable multi-currency option.