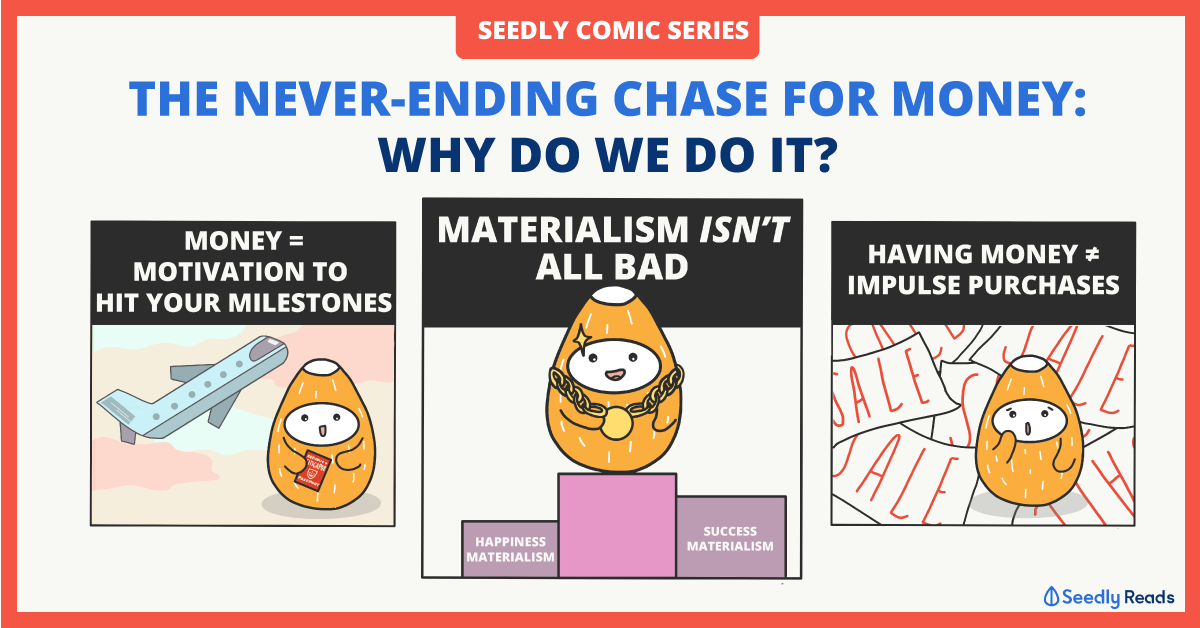 We’re all thirsty for money.

Sure, money can’t buy happiness — but I’m pretty sure I’m not alone in my near-daily complaints about being perpetually broke.

“Guess I’ll treat myself,” is my justification for most unnecessary purchases, before brandishing my scratched-to-death plastic debit card at a contactless payment terminal. 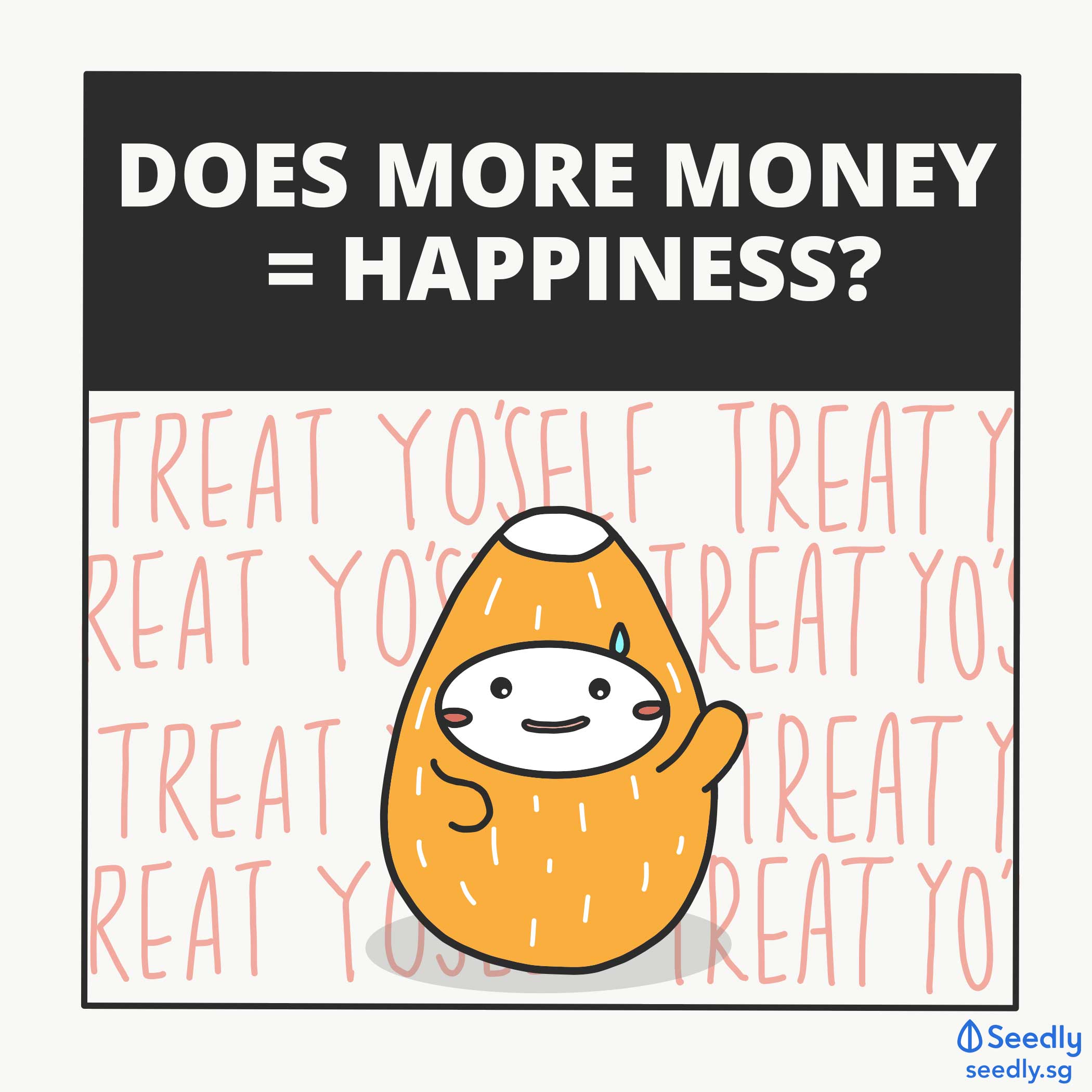 That’s funnily enough (or not) where the irony lies: we can’t survive without money…

…but earning too little or too much poses problems in equal measure, particularly when coupled with poor money management habits.

Heck, I should know.

The biggest mistake, though, is allowing money to define your level of success in life — which could consequently affect how you perceive your self-worth.

Why Money Shouldn’t Dictate Your Happiness

The term materialism has something of a bad rep, but it may in actuality be uncalled for.

A 2019 study of 7,500 folks by researchers at The State University of New York at Binghamton uncovered some interesting findings built on something called the Dual Model of Materialism, which posits that materialism is split into two parts.

The first — happiness materialism — is a measure of how satisfied you are with your life based on your wealth and material possessions.

Conversely, success materialism is a measure of how successful you are in life based on your wealth and material possessions. 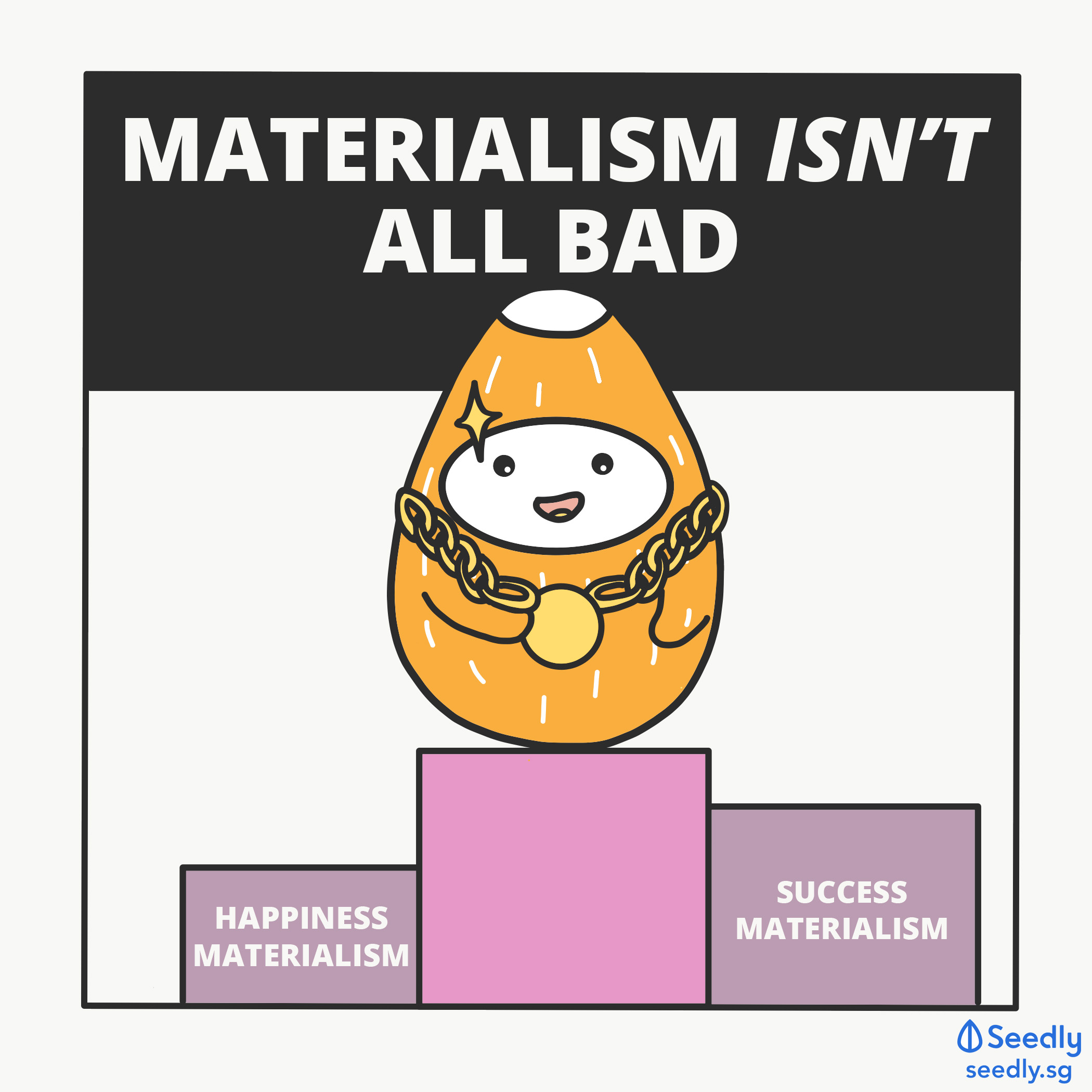 The difference is minute, but it’s an important line to draw.

Happiness materialism could cause you to feel dissatisfied by your quality of life — helped along by the belief that you’re constantly lacking in something — but success materialism works in the contrary.

That’s because your material possessions — such as money, and the purchases you’ve made with it — have afforded you visible signs of success.

In that respect, you’d likely then be motivated to keep at what you’re doing to draw a higher income.

If you’re stuck, these ideas for side hustles might be worth considering.

Money may be the root of problems, but it just as well opens doors to bigger things — like starting a business, paying for that working holiday, or funding your wedding and BTO. 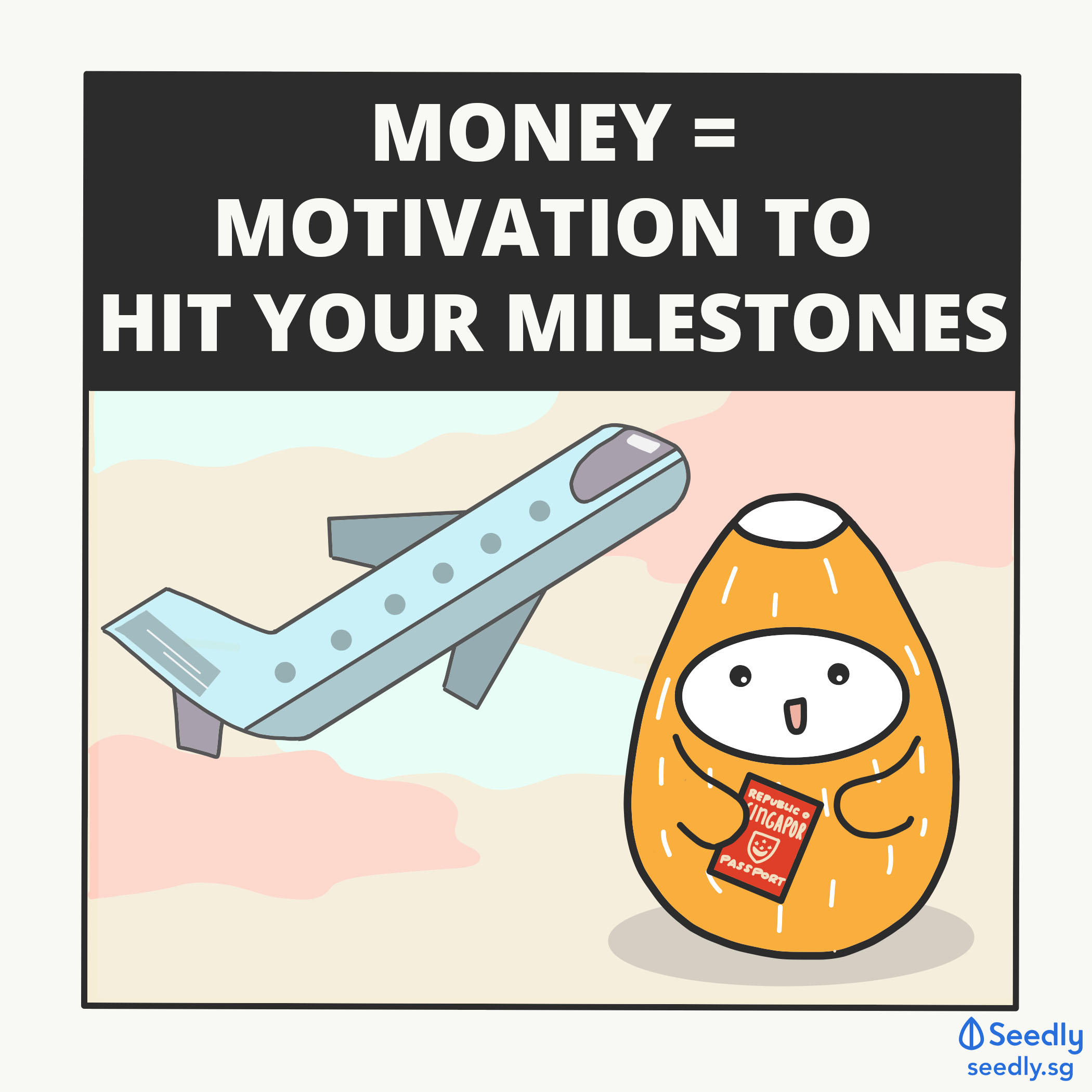 These milestones will contribute to your happiness in the long run, especially when you’ve worked hard for them.

But to get there, you’ll first need to set realistic savings goals by weeding out the unnecessary stuff.

Get whatchu need, not want, remember?

I won’t even try to lie: I suck at saving.

Sure, I’ve attempted to follow the 50/30/20 budgeting rule, which stipulates that you set aside half your monthly take-home for expenses, 30% for investments, and the last 20% for your rainy day fund.

But following through can be hard, particularly when you don’t care enough for something. 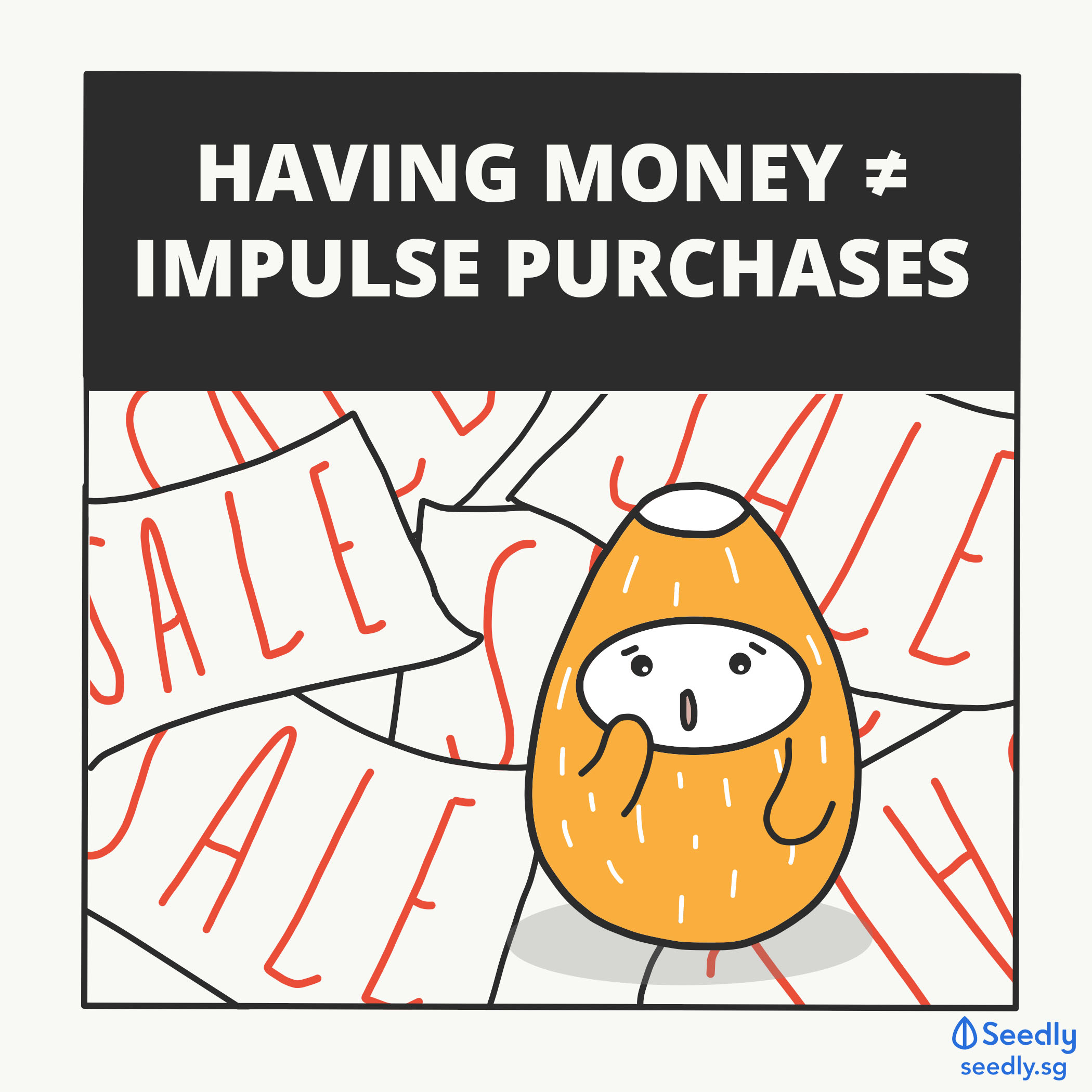 Past a certain point (or around halfway through the month), my spending habits typically slip into an embarrassing point of no return.

Ignorance is bliss, I tell myself, even as the numbers in my bank account slip a little closer downwards.

(Newsflash: Do not attempt to emulate my poor spending habits, nor use it as validation if this resonates with you.)

The first step’s to recognise what needs changing, then working to turn it on its head.

In my case, that means rethinking impulsive purchases by mulling over how much I need or want it for a couple of days.

Much as this sounds awash in BS, it really means changing your perspective on money.

Rather than view it as something you need to have more of, instead focus on what it’s brought you thus far: the freedom to make more choices and fulfil your goals, or overall satisfaction with your quality of life. 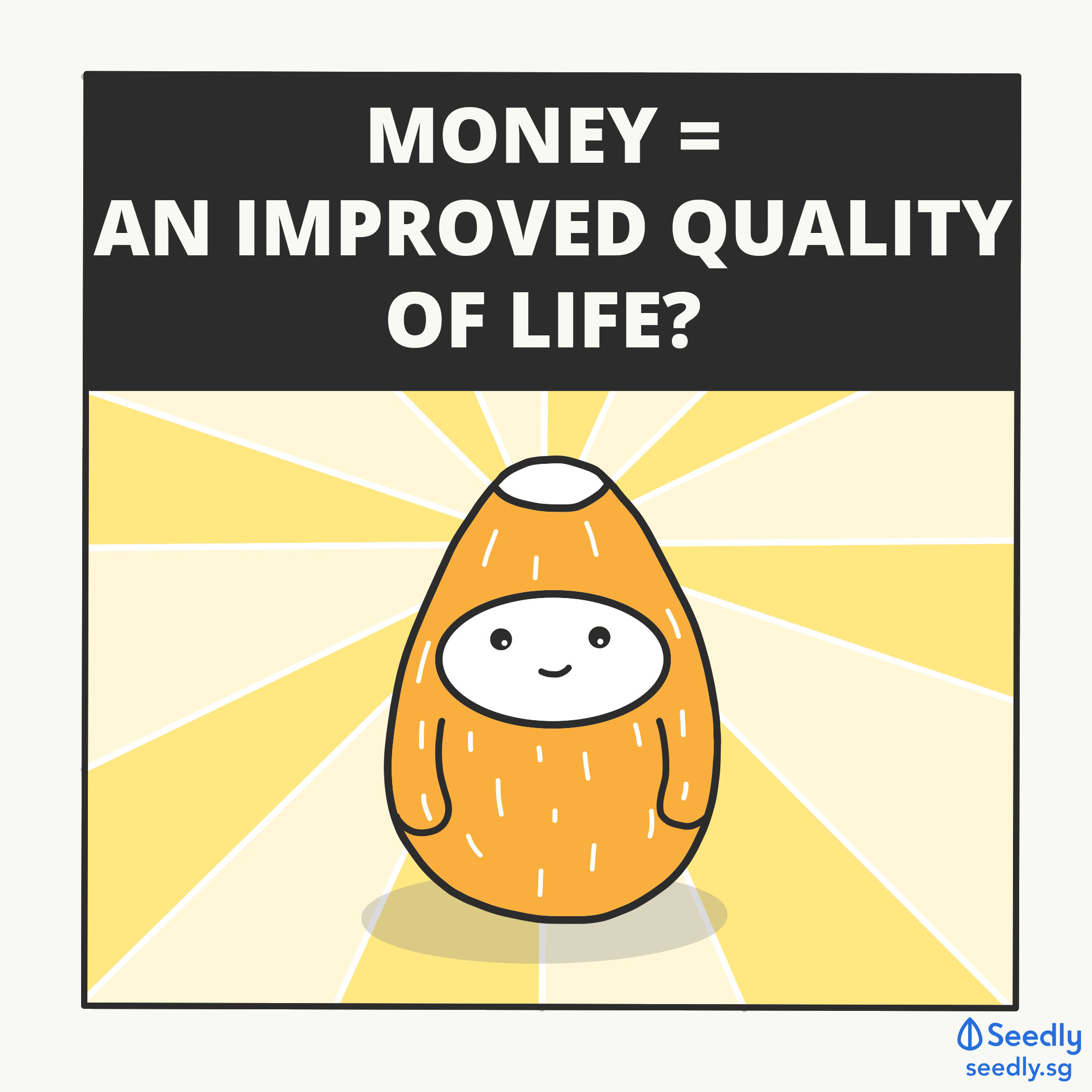 Most importantly, having a purpose for wanting to make more money than you do — apart from simply status — is a good way forward.