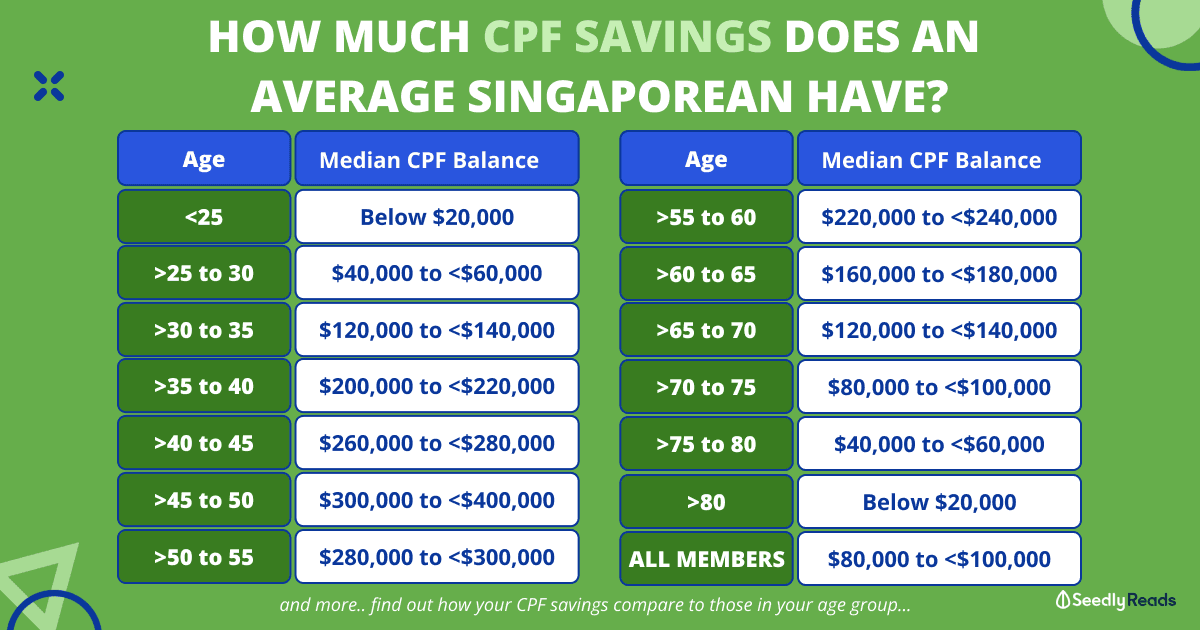 Perhaps it’s in our Asian blood, but there’s one thing that Singaporeans love: Competition.

The desire to be number one in everything has led to a classic trait found in most of us.

Being kiasu (read: fear of losing out) meant wanting to win in everything.

This is why I suppose most of us would be curious where we stand in terms of our finances as well.

With most of us still largely conservative when it comes to discussing our net worth or salaries, topics like these usually remain a huge mystery.

Our Central Provident Fund (CPF) account is an integral part of our personal finances given its compulsory nature and usually functions as part of our retirement fund.

If you don’t already know, CPF publishes annual reports that not only include financial statements, but also juicy details like CPF balances of members across different age groups.

In this article, we’ll take a look at the data provided by these reports!

Here’s a quick look at the median CPF balances across age groups.

Scroll down to find out more about the distribution of CPF savings and where you stand! 😉

How Much CPF Should I Have: CPF Savings Across Age Groups

In the latest CPF Annual Report 2021, CPF provided a table that indicates the distribution of regrossed CPF balances across age groups for ALL CPF members as of 31 December 2021.

How to quickly read it: Locate your age group and the amount of CPF savings you have.

How Much Does the Average Singaporean Have In Cpf? CPF Balances According to Age Group (%)

Well, that is A LOT of numbers.

Now, let’s further break down the data into percentages for a clearer view.

As expected, the majority of individuals below 25 years old have less than $40,000 in their CPF accounts.

The distribution starts to vary greatly, especially for those aged between 30 to 40.

This period is also where most of us are on different career trajectories as well.

If you’re one of them, you’ll well on your way to becoming a CPF millionaire.

(And I suspect a lot of them are in our Seedly Community, given how financially woke most of the people here are.)

How Does My CPF Balance Compare to Those in My Age Group?

Now you might be wondering – how do I fare against my peers in the same age group?

Here’s where we can look at the median CPF balances (i.e. 50% percentile) across the age groups.

Note: We look at the median instead of the mean due to the skewed distribution across some age groups (e.g. below 20 and above 80).

Using this graph above, we can see the variations across different age groups, showing how the concentration of individuals with high CPF balances increases accordingly, and then decreases again when individuals reach retirement.

As for the median CPF balances, here are the results:

Ways To Increase CPF Savings: How Much Is CPF Interest Rate?

Now you’ve seen the numbers and have a rough gauge of where you stand.

If you have more in your CPF account than an average Singaporean, congratulations!

But if you have yet to reach those numbers, don’t worry as well.

There are various ways to increase your CPF savings and make your CPF money work for you.

Some of these methods have been widely covered by our existing articles, which include:

By starting some of these hacks early, you can still ride on the compounding effect of the attractive interest rates that CPF offers.

That being said, as we all know that CPF top-ups are irreversible, please only do so if that is something that aligns with your financial goals, and do assess your own financial situation before making any decisions.

And if you have any burning CPF questions… you know where to find your answers! 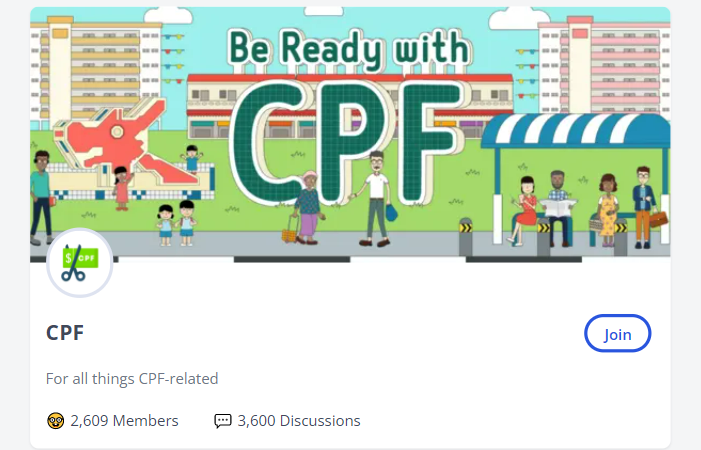