The Most Important Financial Decision in Your Life: Did You Make The Right Choice? The Most Important Financial Decision in Your Life: Did You Make The Right Choice?

Warren Buffett is often considered one of the most successful investors of all time.

For the past 50-odd years, he has amassed a fortune through brilliant investing strategies.

Yet when asked what was the most important decision in his life, it was something that had nothing to do with his investments.

During his interview for his HBO documentary, “Becoming Warren Buffett”, Mr. Buffett mentioned that the biggest decision in your life will be who you choose to marry.

Some of the richest, most powerful people in the world also agree with the importance of choosing our spouses.

According to Sheryl Sandberg, Chief Operating Officer at Facebook:

“Who you marry is the single most important career decision you make.”

We all know how expensive weddings can get, but marriages affect your financial statuses way beyond that.

The Most Important Financial Decision in Your Life: Choosing Your Partner 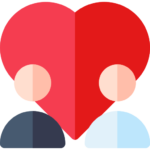 When it comes to relationships, most of us are on the quest of finding the ‘right one’.

We look for someone who makes us laugh, sends butterflies to our stomachs, shares similar interests, and gets along with our family and friends.

But a successful relationship is often more than just a feeling.

It includes being mutually supportive of each other’s goals, having trust and being able to communicate openly.

And with vows typically citing ‘for better, for worse‘, and ‘for richer, for poorer’, it’s interesting to note that our choice of partner indeed has a profound impact on whether we will be richer or poorer.

The One Trait in Your Partner That Determines Your Career Outcome 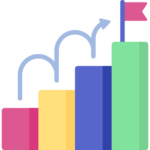 One of the main things that would directly affect our wealth would be our careers.

There are many factors that would affect our career advancement and work performance, such as our education, job position, and superiors at work.

However, one factor that greatly influences one’s career success is your partner.

While your partner does not go to work with you, how he/she is would still influence your career outcome.

A study was done by psychological scientists Brittany C. Solomon and Joshua J. Jackson of Washington University to find out whether a spouse’s personality would influence the occupational success of an individual.

Five personality traits of participants’ spouses were examined in relation to three measures of the participants’ occupational success: job satisfaction, income, and the likelihood of promotion.

The personality traits that were covered included — extroversion, agreeableness, neuroticism, conscientiousness, and openness.

This study revealed that the only spousal trait that was important in one’s work outcomes was conscientiousness, which could predict an employee’s income, number of promotions, and job satisfaction, regardless of gender.

In dollar terms, an individual is likely to earn approximately US$4,000 (S$5,390) more per year with every 1-standard-deviation increase in their spouse’s conscientiousness.

The researchers also found that individuals may also emulate their conscientious spouse’s good habits over time, which leads to better performance at work.

Isn’t it interesting to know how the characteristics of the person we marry do influence the important aspects of our professional lives?

The Secret to Your Success Is Who You Marry 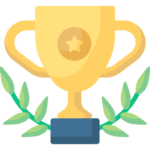 Marriage is the ultimate partnership that determines the outcome of many aspects of life.

Besides career success, having a supportive partner leads to more personal growth, happiness, and psychological well-being.

Many successful people have attributed their successes to their spouses and their importance in their lives.

Former President Barack Obama attributes his political success to his wife, Michelle Obama, mentioning how she is what keeps him balanced and ‘is his rock’.

According to another study by psychologists from Carnegie Mellon University, people with supportive spouses were more likely to take on potentially rewarding challenges, and ultimately thrive through embracing opportunities in life.

Pursuing opportunities for growth was very important for long-term well-being as well.

How To Be an Encouraging Partner 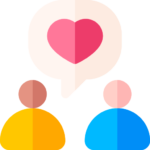 The same study mentioned that there are three key steps that one can take to help encourage their partner to embrace new opportunities.

1) Express enthusiasm about an opportunity

3) Talk about the potential benefits of taking on the challenge

Akin to choosing a high-quality stock, choosing a good partner is what would eventually yield the greatest returns in life (in happiness, finances, fulfillment, and more).

Is It All Doom and Gloom for Singles?

We now know the importance of choosing our partners, and how the right partner can potentially elevate our lives in various aspects.

Does that mean that our success depends on whether we are in a relationship?

Having a supportive partner is important in one’s growth, but is not the sole determinant of one’s success.

In fact, there is research that suggests that under certain circumstances, being single can help CEOs run their companies – firms led by single CEOs invest more aggressively and take greater risks than other firms.

In the meantime, what we should focus on is investing in ourselves.

We often talk about getting rich by investing through various instruments – stocks, real estate or cryptocurrencies.

But one of the biggest investments anyone could make that would give the highest ROI is the investment we make on ourselves.

This means investing in time, money, or any other resources that could improve your life and future, acquiring knowledge and various skills that could open up opportunities and greatly impact your future.

This could also mean investing in your own physical health and personal well-being.

By working on being the best version of yourself, then you will be able to attract like-minded individuals and eventually find the right one.