The Yield Curve Is Signalling a Recession: Should We Buy The Dip?
117
shares The Yield Curve Is Signalling a Recession: Should We Buy The Dip?

Everything seems bleak these days with sky-high inflation, Sri Lanka in a huge economic crisis, and an inverted yield curve signalling a recession in the U.S.

The stock market is as volatile as it can be, and many investors are asking:

In this article, we’ll be exploring what the yield curve means for investors and whether we can use it as an indicator to buy the dip.

TL;DR: Can The Inverted Yield Curve Predict the Dip in The Stock Market?

What is a Yield Curve?

For the uninitiated, a yield curve refers to the relationship between the short- and long-term interest rates of fixed income securities issued by the U.S. Treasury.

The most common type of fixed-income securities are bonds whereby the government issues bonds to borrow money and an investor buys the bond using cash.

In return, the investor gets a fixed sum of interest paid each year. At maturity, the investor will get back the principal, or what we call the face value of the bond.

What Does The Yield Curve Show You?

The yield curve shows you the relationship between the yield-to-maturity (rate of return), and the maturity (duration).

The yield curve can act in 3 ways:

Think of it this way, if you invest in a bond, say, Singapore Savings Bond, you will want the 10-year rate of return to be higher than the 1-year rate of return. If not, there will be no incentive to keep it for a longer-term, right?

Hence, an inverted yield curve is largely influenced by how optimistic investors are about economic growth and inflation.

Does an Inverted Yield Curve Signal a Recession?

In most cases, the inverted yield curve has been a strong indicator of recessions. From 1980 onwards, the yield curve inverts (indicated by the graph going below zero) just before the last 7 recessions (excluding the COVID-19 pandemic)!

The last time the yield curve inverted was just before the 2008 Global Financial Crisis.

However, there are other factors that could cause a recession and the inverted yield curve should be used to help in give us an outlook on the economy instead of being the sole indicator.

Is the U.S. in a Recession?

As reported recently, the U.S. GDP has already contracted (negative GDP growth) for the past two quarters.

Many believe that the U.S. is in a technical recession.

However, officially, the National Bureau of Economic Research (NBER) has determined that the U.S. is NOT in a recession.

So, make what you will out of it.

Should You Invest Now?

The inverted yield curve is a strong indicator of an impending recession, and with it comes the question of how the stock market performs during a recession.

In this section, I’ll present both sides of the argument for using the yield curve as a gauge for future stock market performance and my own opinion of what investors should do.

Arguments for Following the Yield Curve

In an extensive mathematical analysis found online, the analysts mentioned that they found “evidence for the association between yield curve and S&P 500 index” from 2011 to 2016.

Here’s what they concluded:

In this project, we do find evidence for the association between yield curve and S&P 500 index.

But we should be careful with association, since statistical association between X and Y evidenced by observational data cannot readily distinguish between three possibilities:

However, in our project, we mainly analyzed the association between the detrended indexes. In this way, we ignored the long term change and had a deeper understanding of the short term changes, which is more important for making investment decisions.

From the results of our analysis, yield and S&P 500 has a significant positive correlation and their cyclical components are cycling synchronizely. Possible interpretation of this conclusion is below.

When yield is increasing, the spread between long-term and short-term bond yields is becoming larger, which suggests interest rate is likely to increase in the future. Improving the profit of fixed income securities might be a measure of Federal Reserve to prevent the potential economy inflation, which is often accompanied by active stock market and high S&P 500 at present. On the contrary, when yield curve is decreasing, interest rate tends to be lower, which can be seen as a stimulus of the economy. And thus the economy at present is likely to be weak and S&P 500 is low.

Arguments Against Following the Yield Curve

While the above does present some really interesting data, most investors would have heard the famous saying that the stock market is not the economy.

In other words, a recession does not necessarily mean a bear market.

From 1980 to Q2 2021, we can see that there was only one year when the S&P 500 declined along with a decline in GDP. During the other five years when GDP contracted, the S&P 500 experienced growth.

According to Brian Levitt, a global market strategist at Invesco, an inverted yield curve is a good indicator of future economic woes but not a very good timing tool for equity investors. He goes on to cite two examples of investors who sold when the yield curve first inverted

All in all, investors can use the inverted yield curve as a strong indicator of the economy. However, we must be careful not to make the mistake of confusing the stock market with the economy.

Despite an association with the yield curve and the S&P 500 index, remember that correlation does not equate to causation.

While the market has seen a recent rally, investors should also be wary of the bull market trap.

Moreover, past performance is not indicative of future results and with a swath of things happening around the globe today, a stock market rally or a bear run is anyone’s guess.

Timing the market is incredibly difficult, as evident in the examples that Brian Levitt has cited. If you’re looking to invest now, stick to good companies with strong economic moats and as always do your own due diligence! 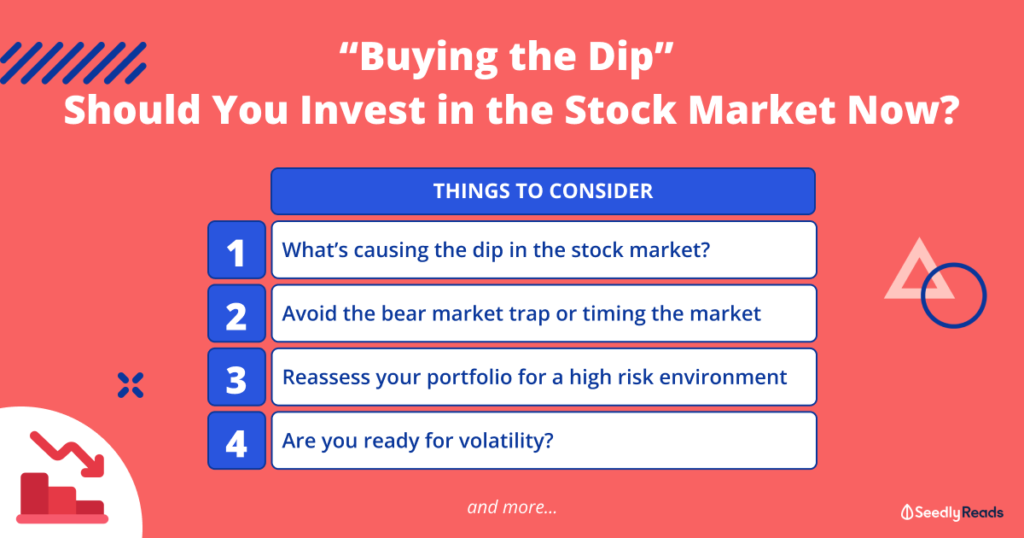